A few months ago we were approached by President Michael McRobbie’s office to create a series of scrapbooks commemorating achievements during his tenure. The first is an album recording the events around the 2009 Nobel Prize Awards Ceremony honoring Elinor Ostrom as one of the two winners of the Nobel Memorial Prize in Economic Sciences.

Mr. and Mrs. McRobbie were part of the group of delegates from IU who attended the ceremony. The album serves as a scrapbook for programs, menus, tickets and other ephemera from their trip to Stockholm. 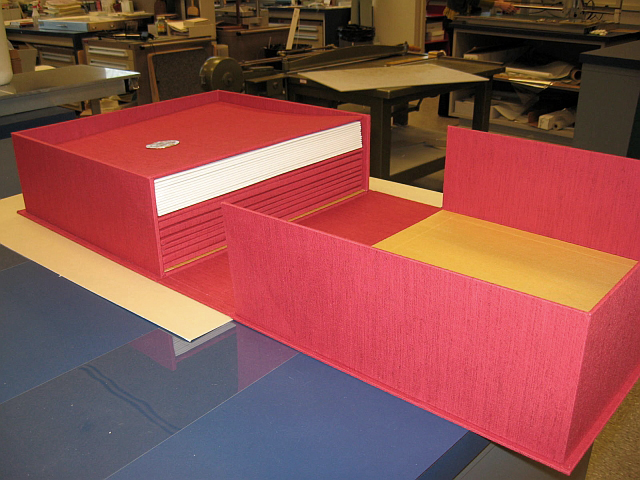 Nicole Wolfersberger and Doug Sanders constructed the album to hold the items collected. The Office of Creative Services along with the President’s Office selected materials and determined the final layout of contents. 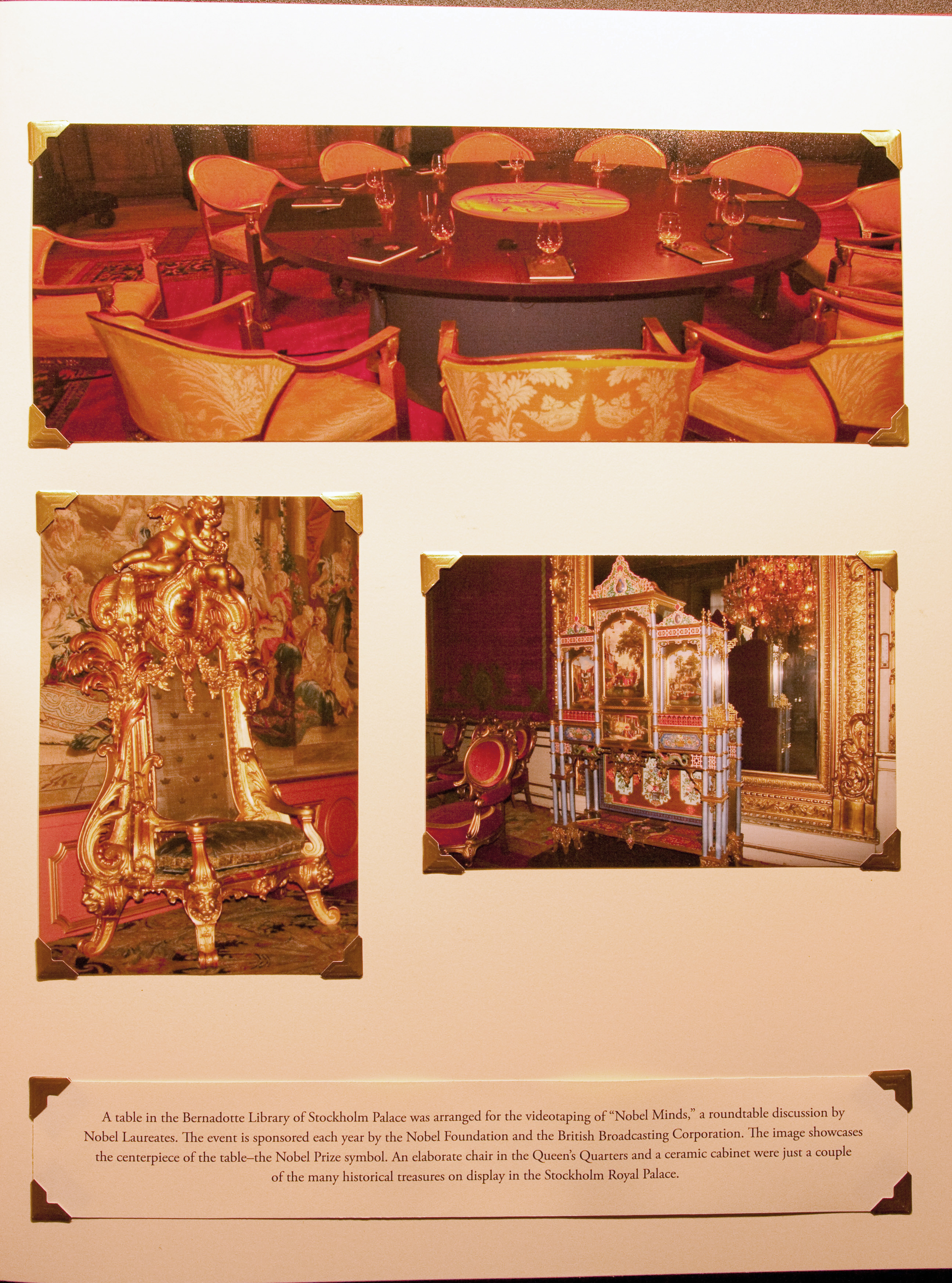 The album is a post-bound structure covered in Canapetta bookcloth with contrasting Asahi bookcloth pastedowns. Post-bound structures are notorious for not opening to the gutter, so we tackled the problem by hinging conjugate leaves to stubs. The stubs were created using 40-point board to compensate for the swell that would occur when the album was full. As you can see in the picture, the pages drape well and open fully. On the cover we created a circular recess to hold a foil wrapper from a chocolate coin given at the banquet to represent the Nobel medal. 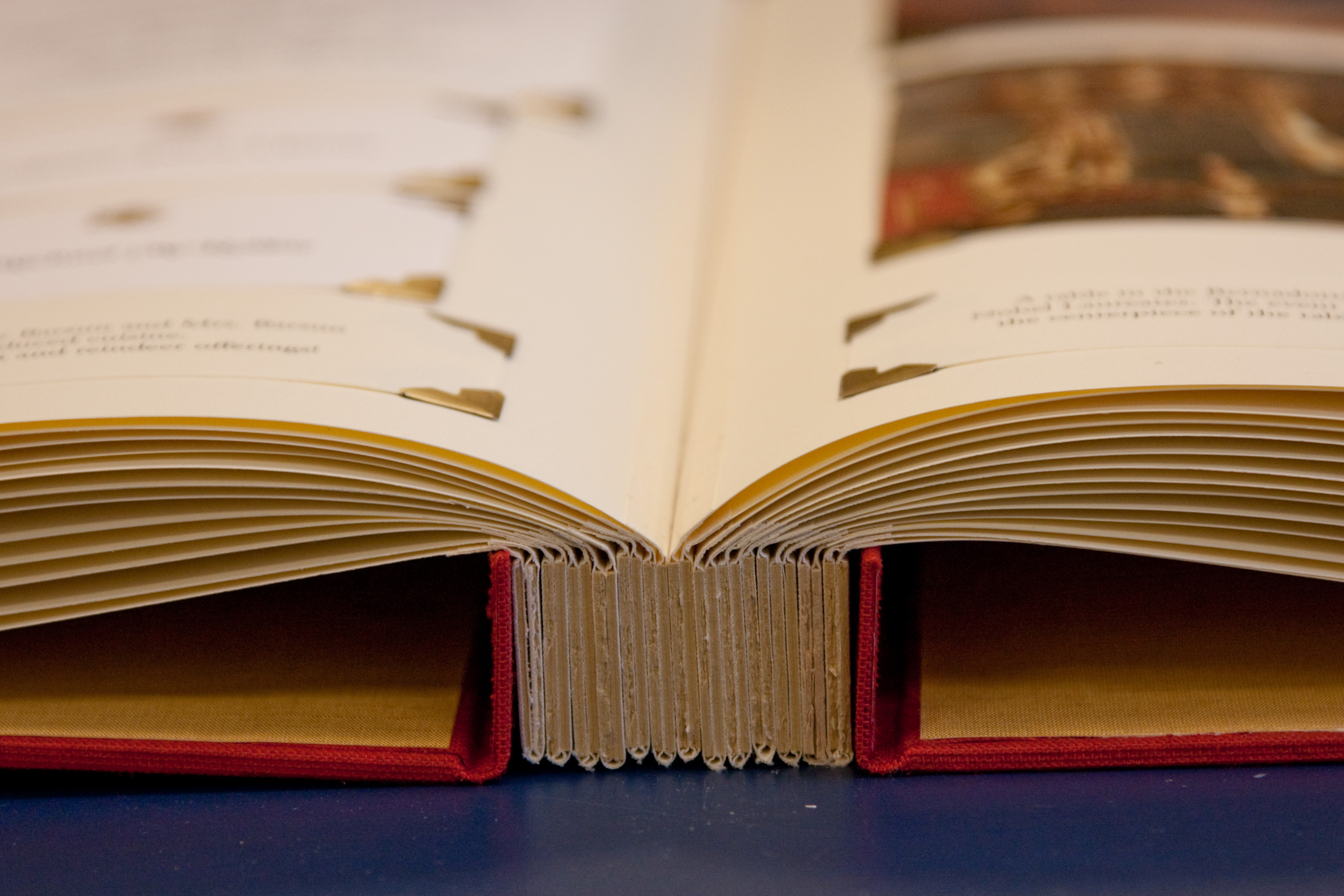 Many items were too thick to be supported by the cover-weight paper used in the album. Anitta Salkola-White and Miriam Nelson created trays to hold these objects. To lessen overall weight, archival corrugated stock was used, covered with matching bookcloth. The ribbons provide access for removal. 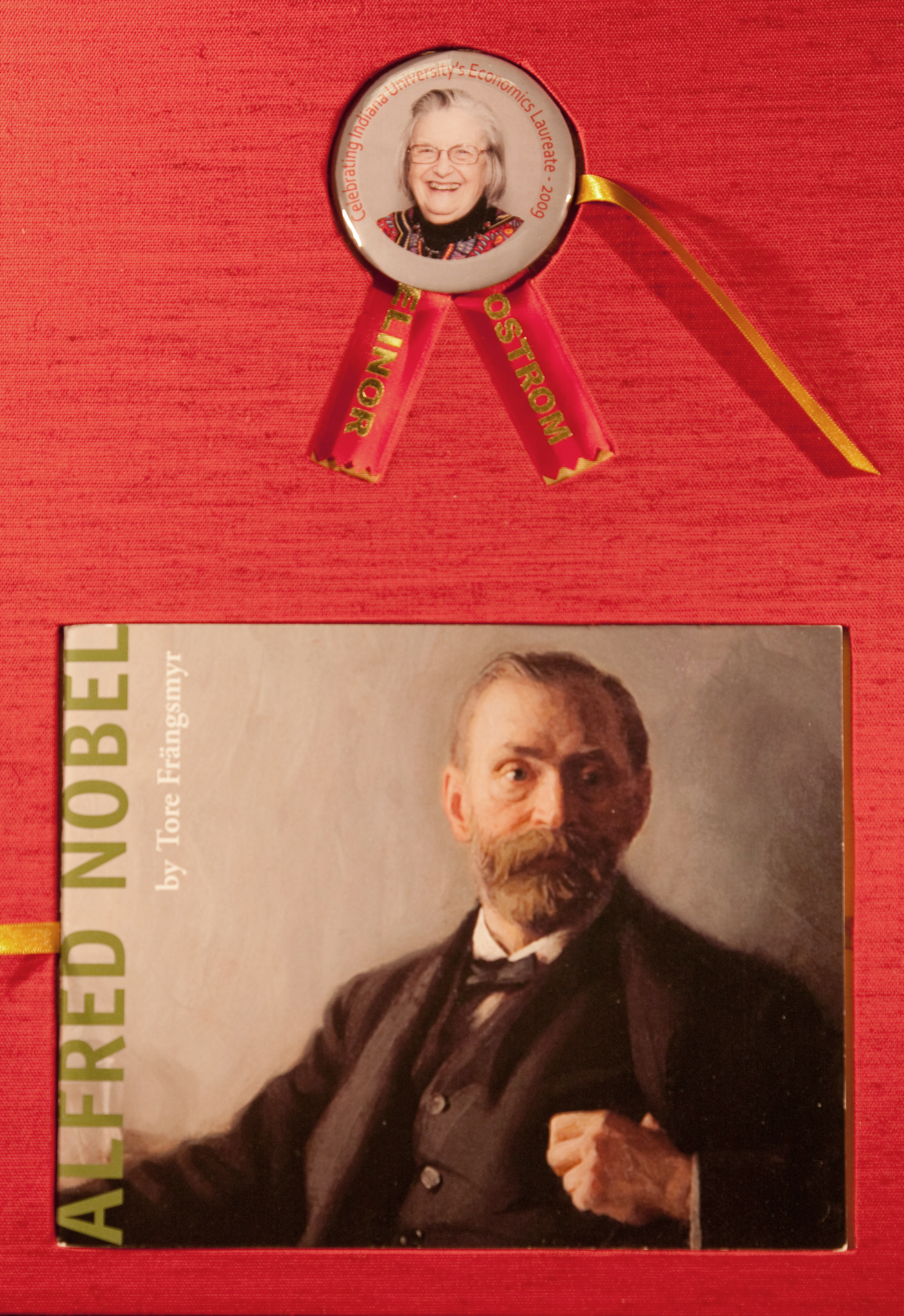 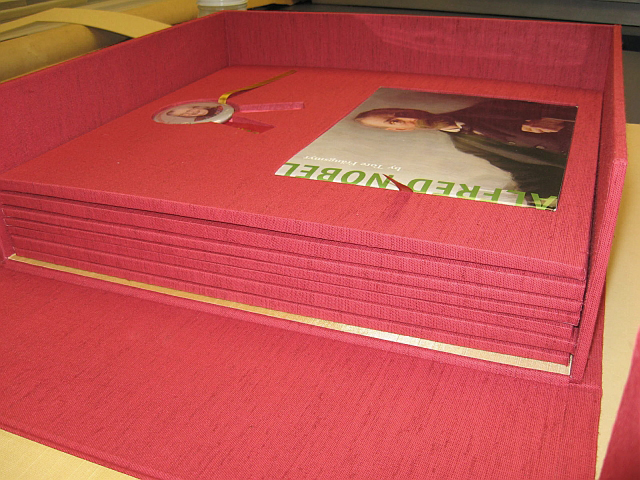 Due to the size and weight of the album and trays, a sturdy double-walled clamshell box was made, covered with the same cloth as the album. This collection of materials will be used by the President’s office to promote achievements of those affiliated with Indiana University. Eventually, it will find a home in the University Archives.
Stay tuned for more albums!