Mid-century gems in the general collections

Lest you find the title too grandiose, I should explain. “Seven More Wonders of the World” is the slogan printed on the sleeves of the 33 View-Master reels I have on my bench today. But it seems appropriate, as lately I’ve been steeped in mid-twentieth century technology and culture, having also dealt with some Look magazines from 1955-56 recently, with their wonderful ads for solar panels and TV remote controls. Really. 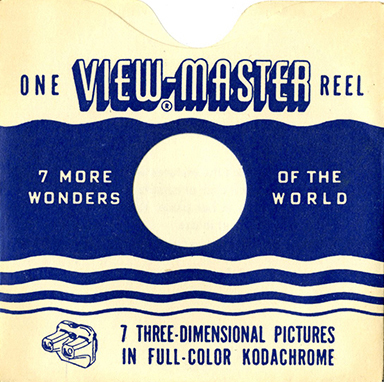 View-Masters, known to many as a child’s toy, contain 14 16mm color transparencies, 7 pairs diametrically across from each other. The images line up for you to view one with each eye through the lenses of the viewer, creating a 3-D illusion. (More on stereo-photography and View-Masters  below.) 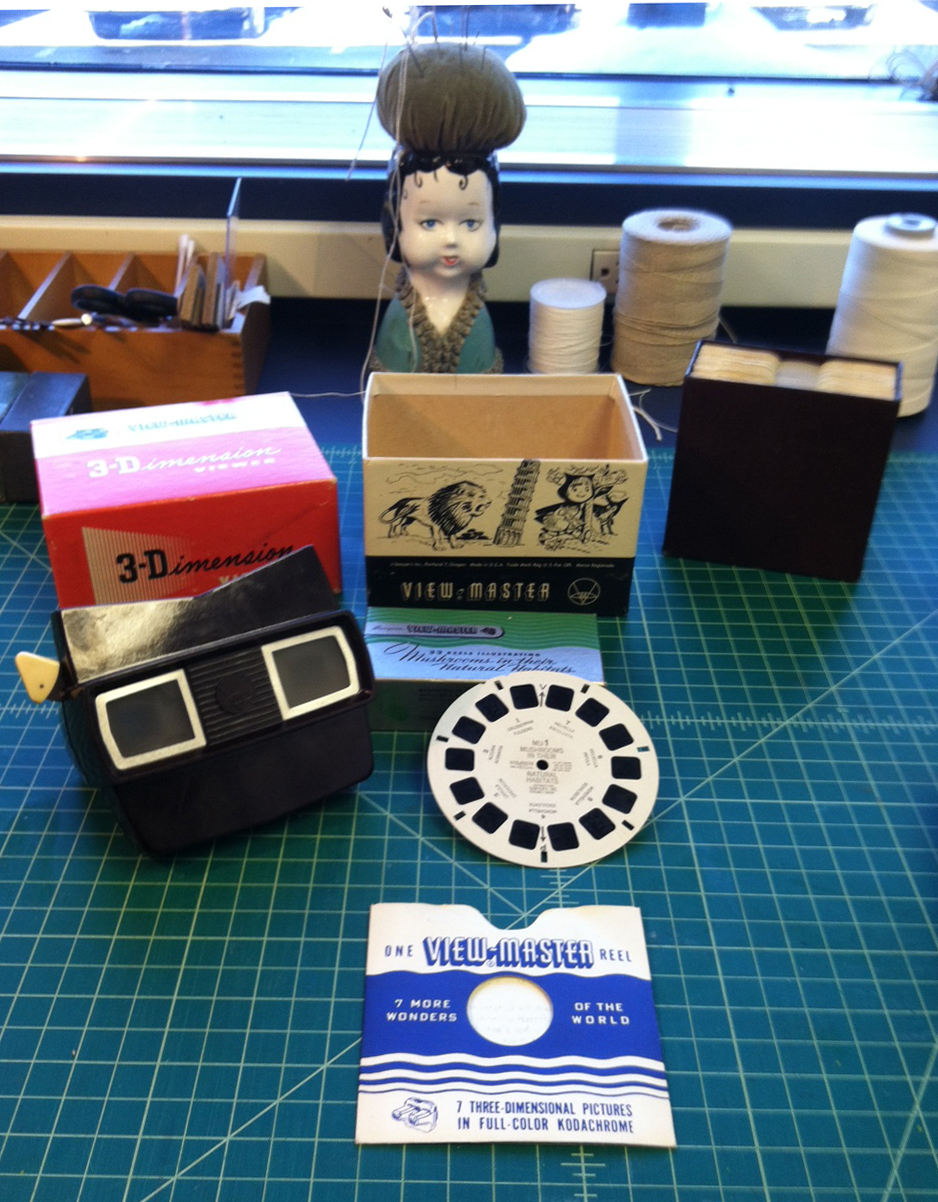 The 3-D View-Master images and viewer on my bench accompany the book, Mushrooms in Their Natural Habitats, by Alexander H. Smith,1949. 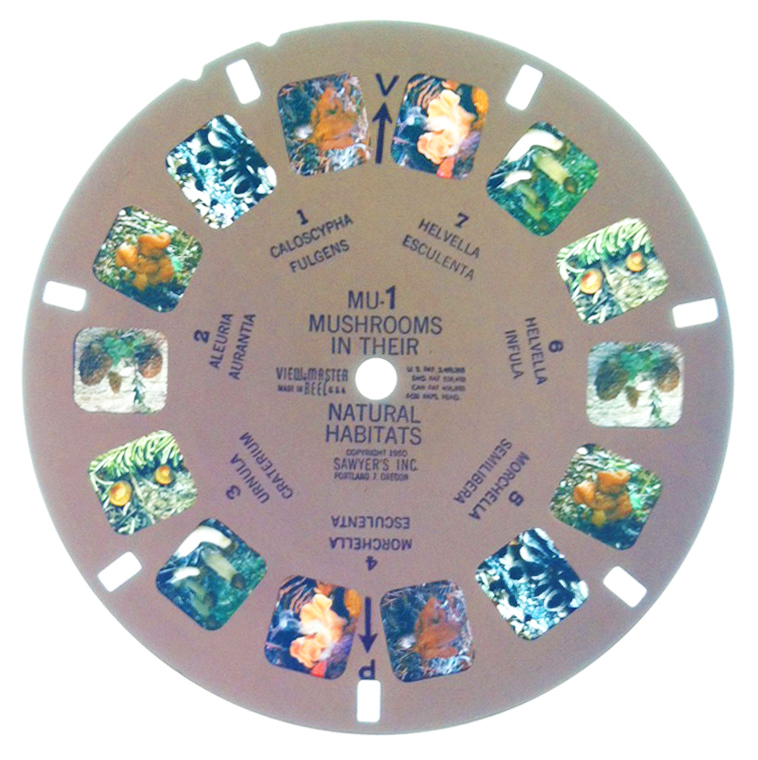 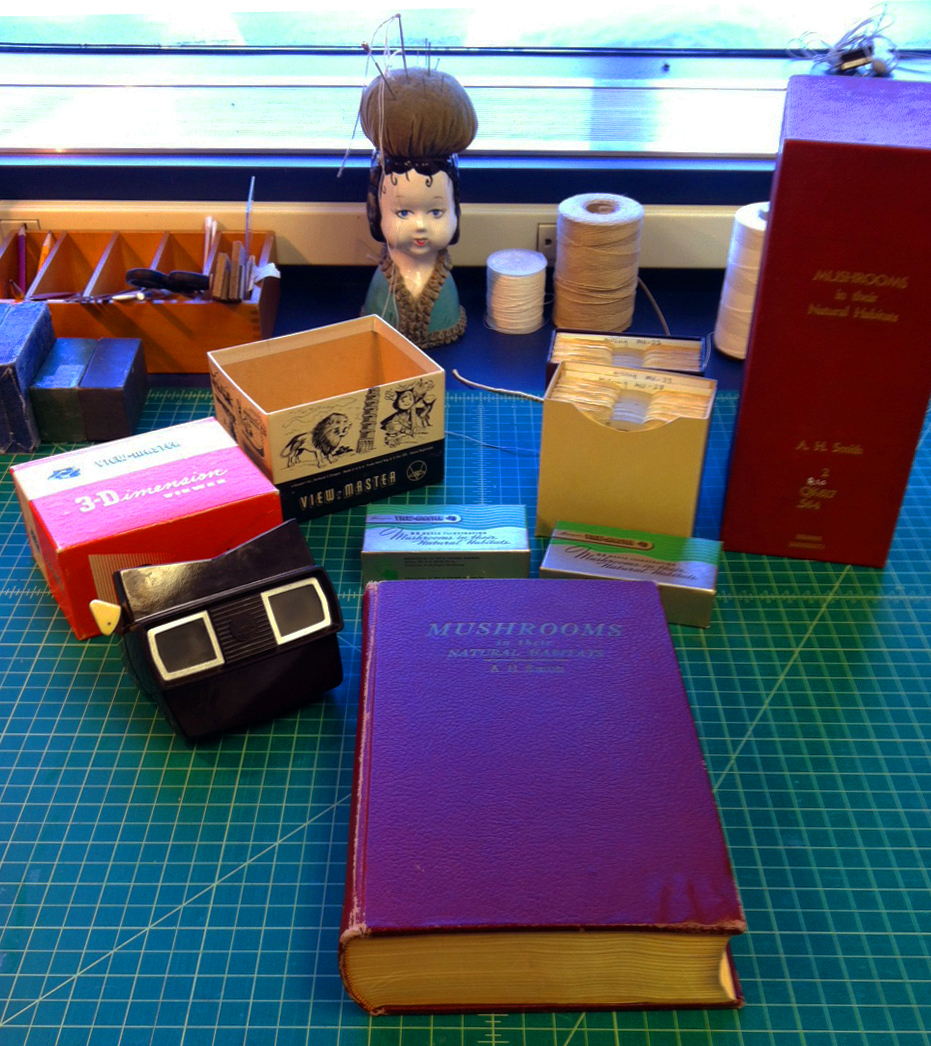 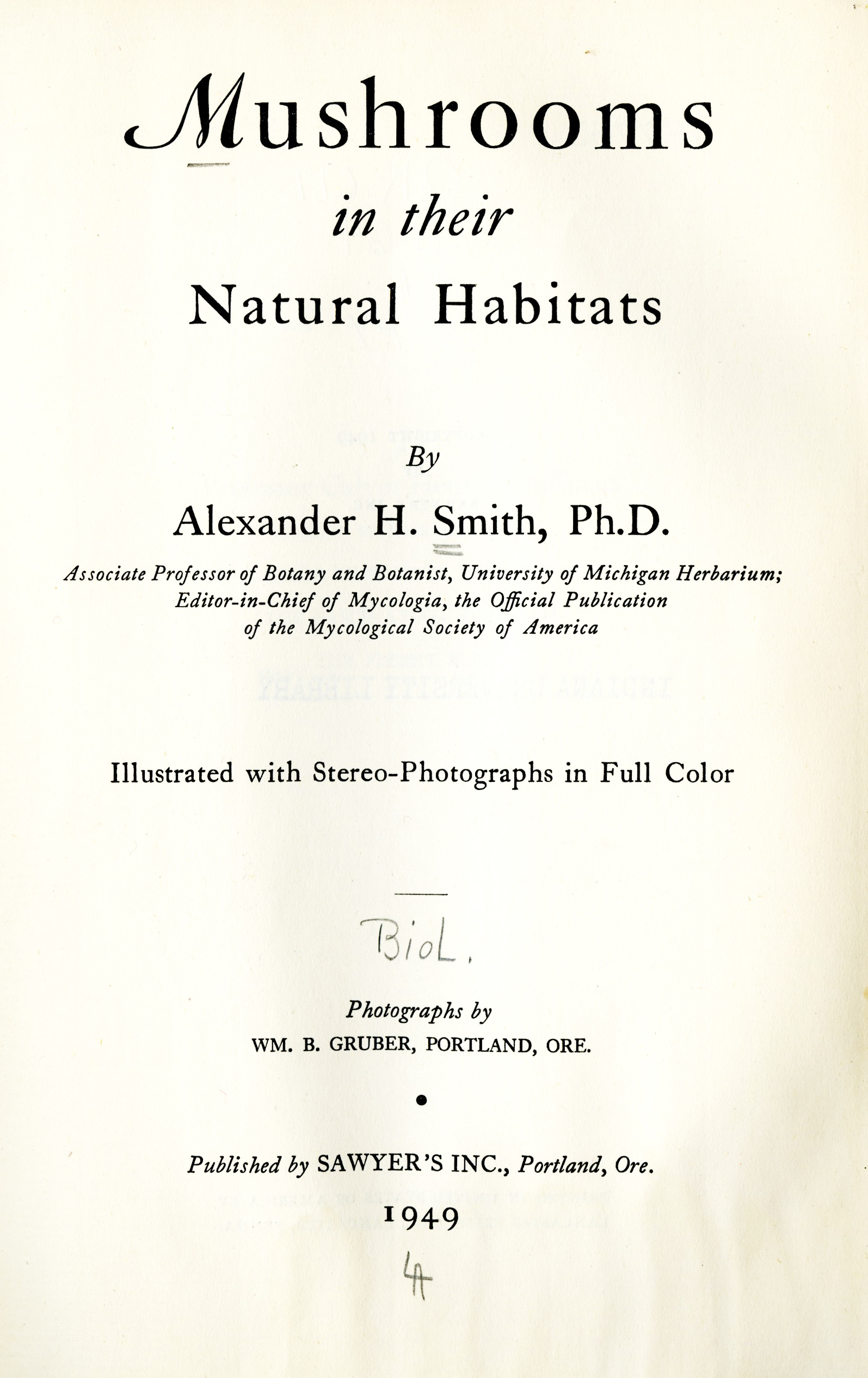 This “fascinating study of the fleshy fungi” (from the dedication page) is from our Life Sciences Library. It came to General Collections Conservation on its way to a better life style in our high-density, cool storage facility, the ALF. 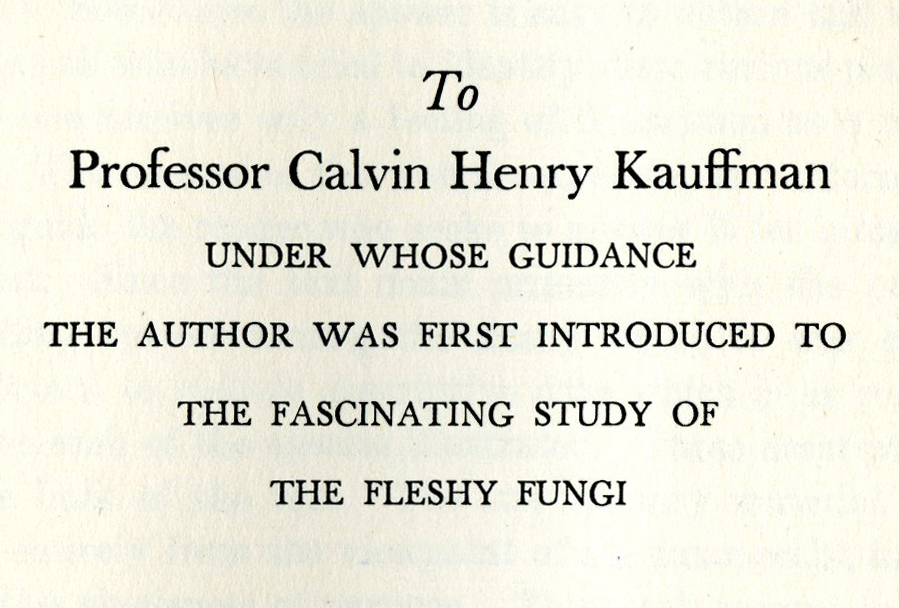 I began paging idly though the book to find the reason it was sent, seeing nothing obvious at first, when an entry in the index practically jumped off the page— 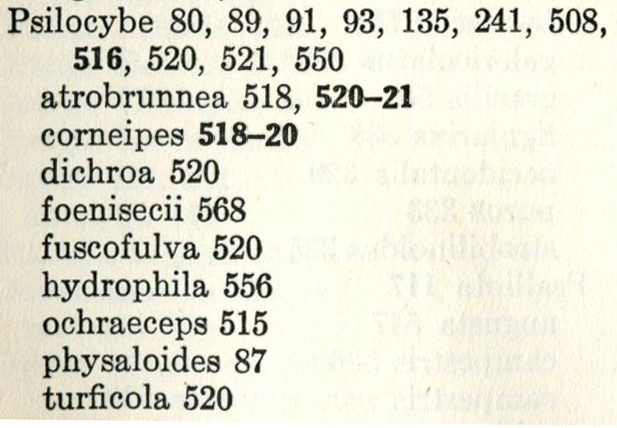 Hah, I thought, and quickly turned to the referenced pages. There it was. Or wasn’t. 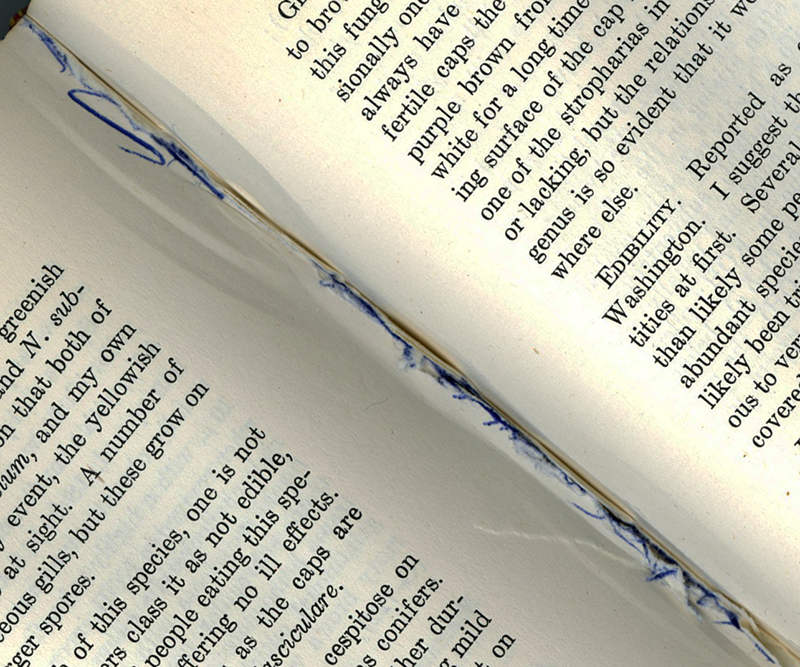 Instead I found thick, 1960s-70s ball-point pen lines, dug into the gutter where the pages on hallucinogenic mushrooms should be! 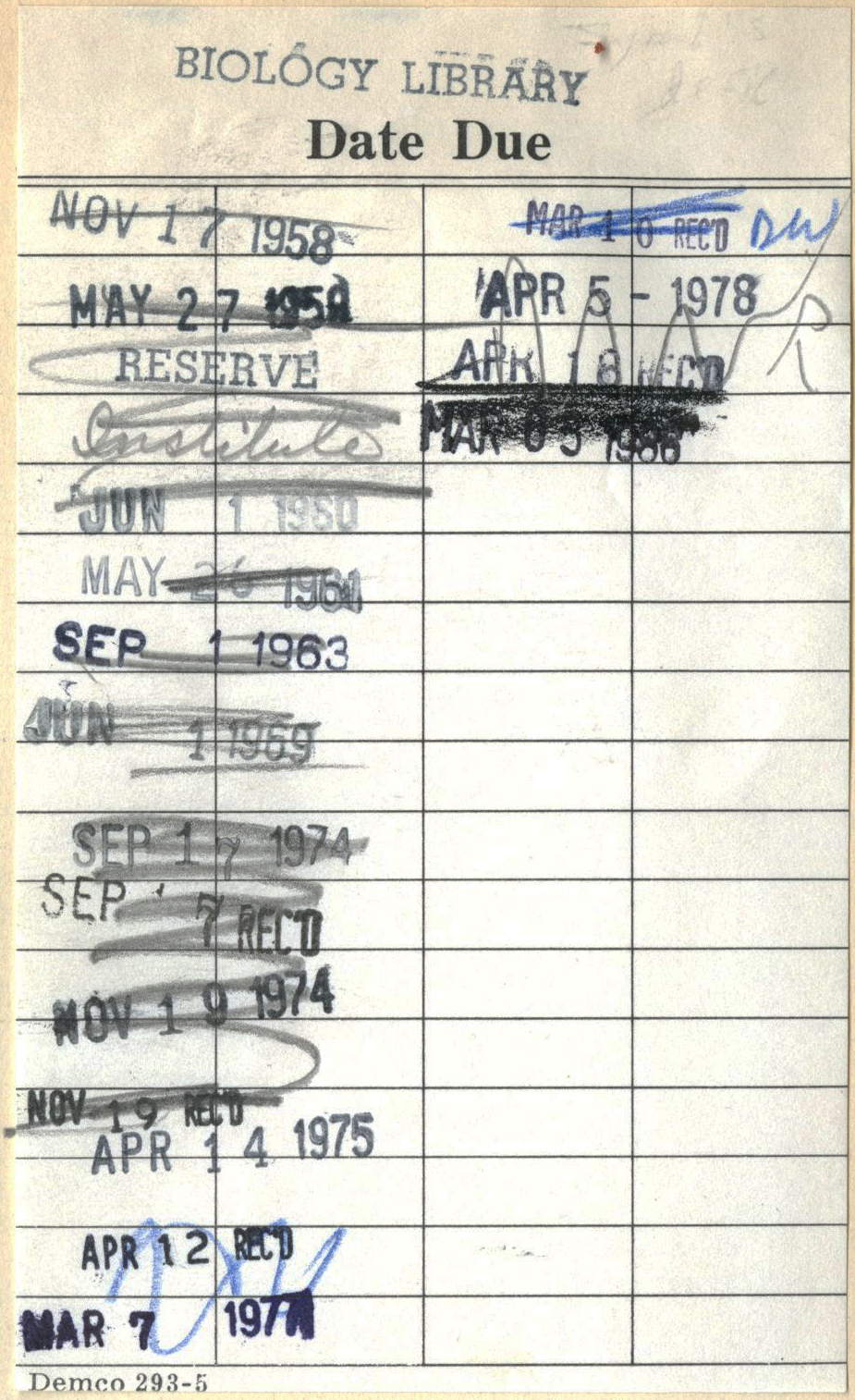 Then I remembered one of the reels was missing too. Hah again – that was the corresponding reel.

Cursing the many reasons for the nefarious act of cutting pages out of library books, I borrowed another copy of the book, scanned the pages, formatted, printed, and attached them. But we probably won’t be able to replace the missing reel – copies go for around 4 figures! (Some deluxe editions were also published, complete with red-velvet-lined box.)

The understanding of depth perception goes back as far as 280 AD. Stereo-photography gained popularity in the nineteenth century, when 3-D views allowed people to visit exotic, far-off lands, and the homes of the rich and famous, from the comfort of their parlor chairs.

When Kodak introduced Kodachrome in 1935, William Gruber got the idea to make inexpensive 3-D views with it. Serendipitously, he met the owner of Sawyer’s, a postcard publishing company in Portland, OR, and they began producing View-Masters, introducing them in 1939 at the World’s Fair in NYC.

At first Sawyer’s produced scenic views and training materials for the US military during WWII, the latter for such things as ship and plane identification. Later they made products for children, images of celebrities, and other popular subjects.

Mushrooms in their Natural Habitats was one of many scientific works illustrated with View-Master images. A search of the Indiana University Libraries’ catalog finds 15 titles with View-Master images held in Bloomington campus libraries — Mushrooms … and 14 others, all of which are in the Optometry Library. Can’t wait to see those!

Kodachrome 16mm motion picture film was used for View-Masters from their beginning until 1977. From 1977-1981, GAF film was used, but it turned out to be very unstable.

Kodachrome has excellent dark-storage stability, but is susceptible to light fading, so projection time should be minimized and reels should be housed in opaque enclosures. I did appreciate the “Special Instructions” printed on the verso of the sleeves about handling, however, the sleeves are acidic (BTW so are the cardboard reels). 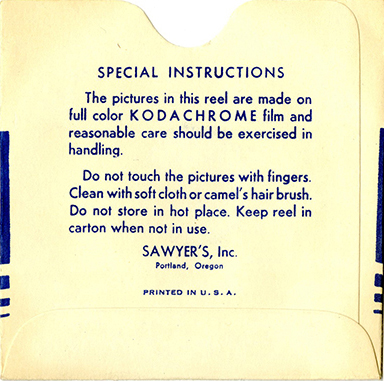 Because the film base is cellulose-acetate, an unstable plastic, I rehoused them in new sleeves made of Mohawk Superfine paper. We made the new sleeves (3-flap, self-closing, no adhesive) lickety-split with our Kasemake automated box-making machine, and I made a new box to hold them. 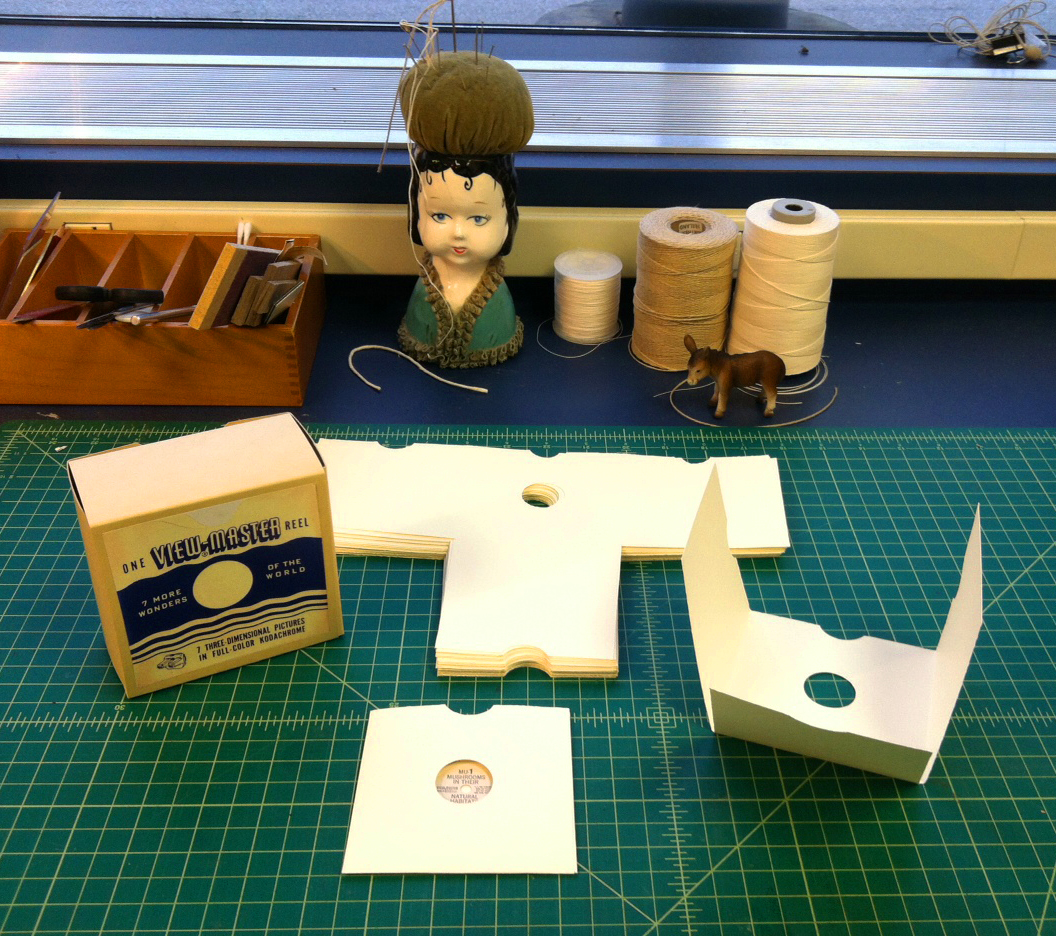 Mushrooms in Their Natural Habitats can now live a long and comfortable life in the 50° F/30% RH conditions in our Auxiliary Library Facility (ALF)!