A sad, dog chewed book leads down a research rabbit-hole

Last fall, we received a copy of The Wind on the Moon, a children’s book by Eric Linklater published in 1944.  The book had been chewed by a dog. 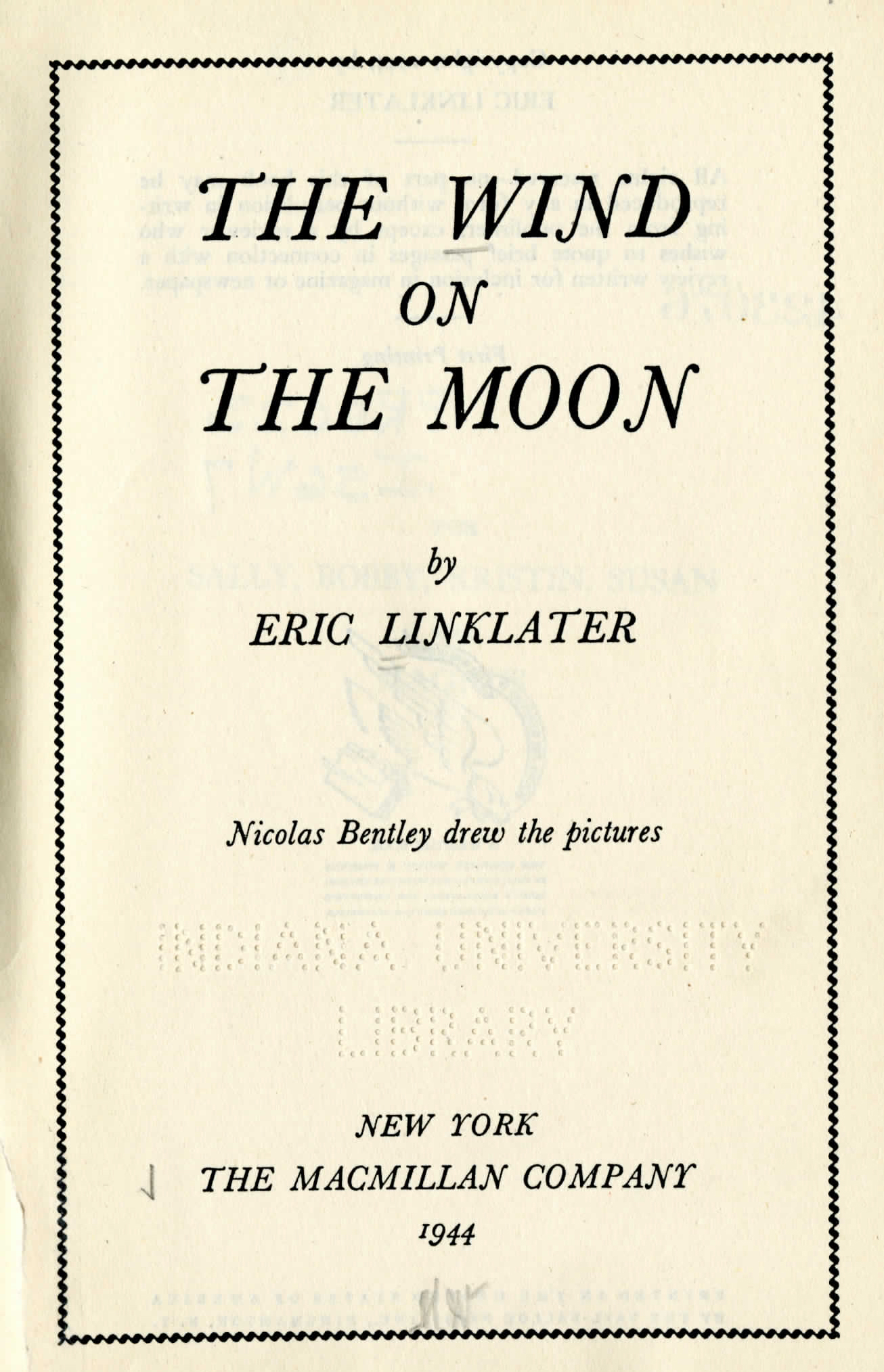 After it was all fixed up with a brand new cover, I took this scan of the old cover to give an idea of the damage. 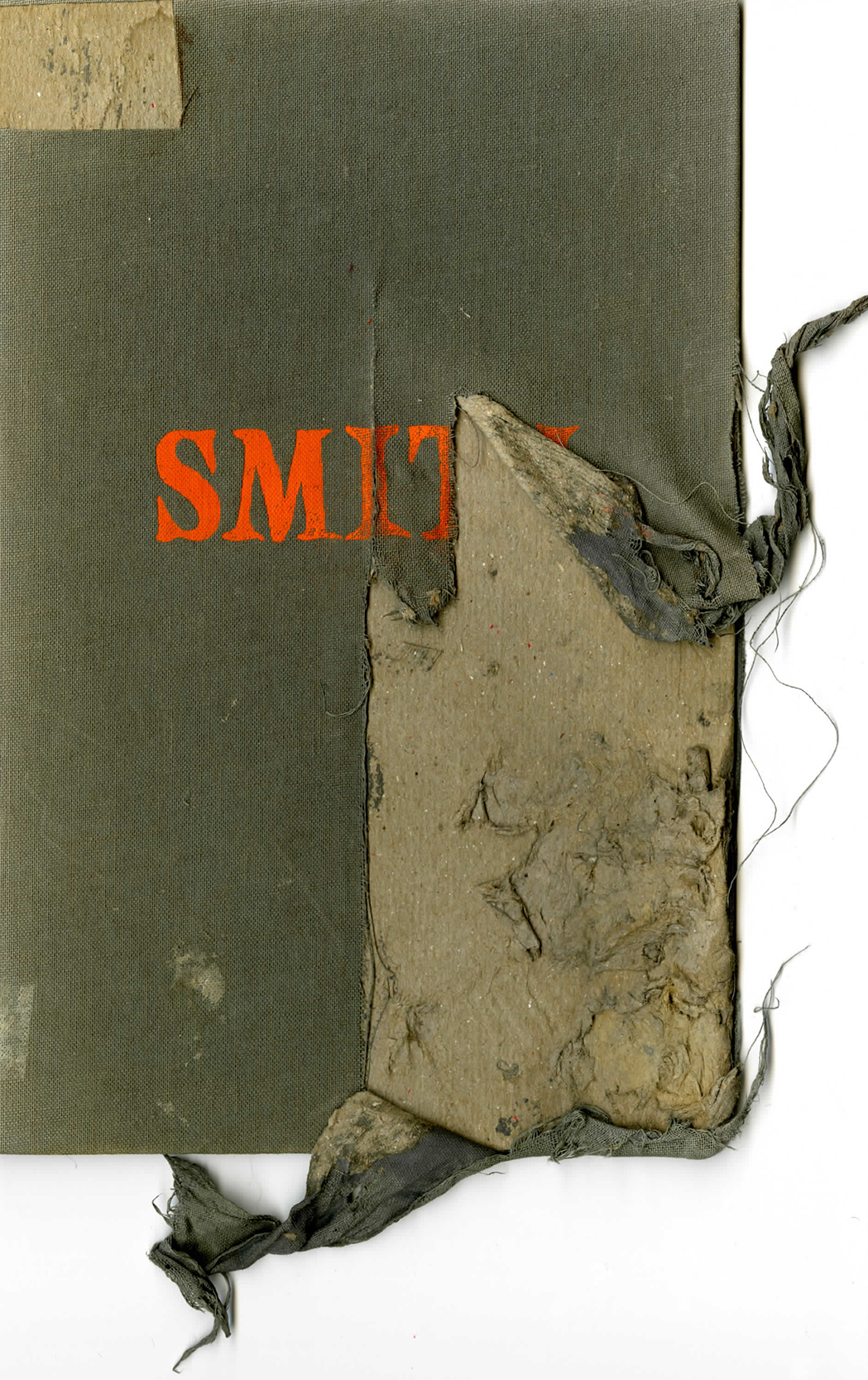 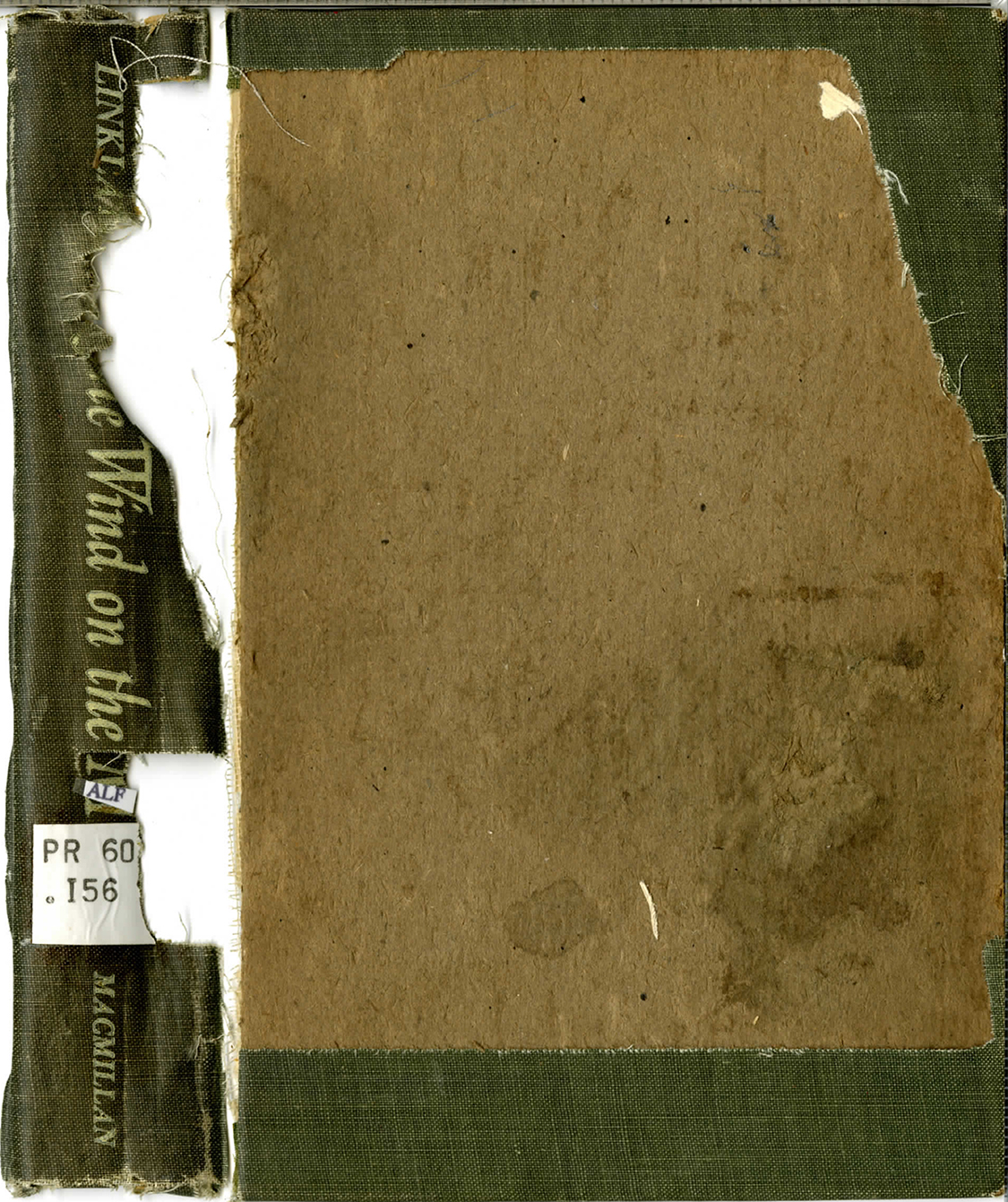 I actually found it rather cute that the book included this illustration of a great number of dogs: 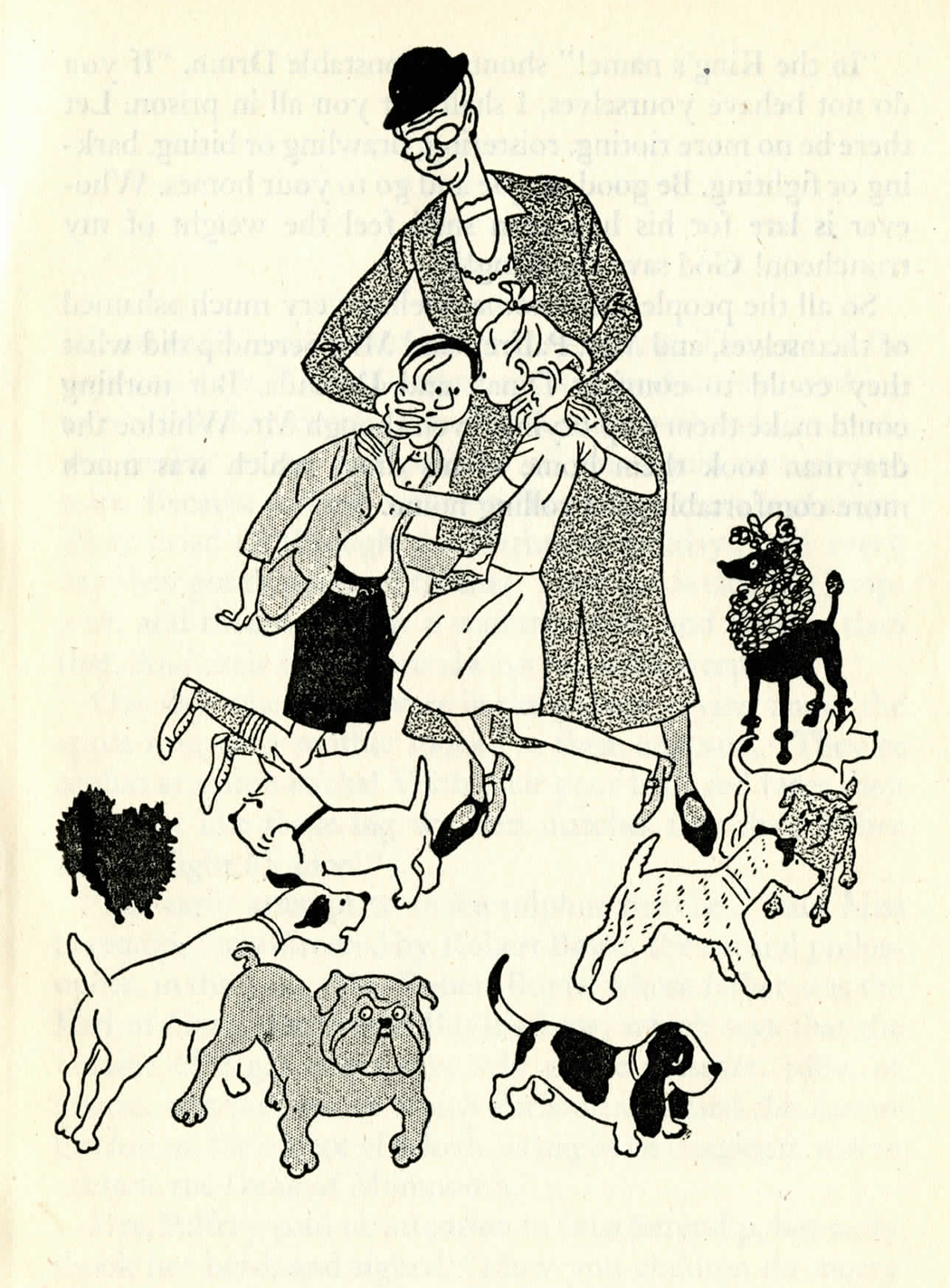 Dogs!
Illustration by Nicholas Bently from The Wind on the Moon

What really got my curiosity going, though, was this printed seal, found on the copyright page of the book: 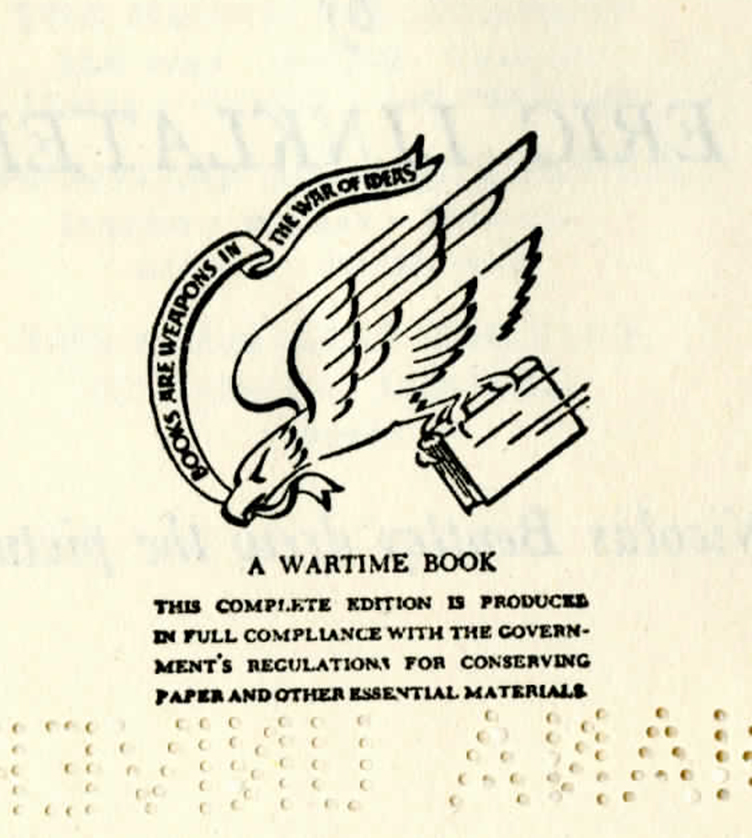 The caption reads “A Wartime Book: This complete edition is produced in full compliance with the government’s regulations for conserving paper and other essential materials.”

It made a lot of sense that there would have been paper shortages and paper rationing during World War II, but I had never heard anything about it so I decided to do a little research to see what the rationing involved and how it affected US publishing during the war.  Well, there is no such thing as “a little research” on any aspect of WWII.

A preliminary Google search for “WWII paper rationing” brought up a great deal of fascinating information about food rationing and ration books.  Rationing of food and non-food items was in effect in the U.S. from 1942 – 1946 and was overseen primarily by the Office of Price Administration and the Office of War Information.

The Ames Historical Society website has some great pages with basic information on this rationing, along with a lot of terrific images. The Salem Press website also has a nice article accompanying a book about the 1940s.

But all of the food rationing didn’t explain this “Wartime Book” seal.  Sadly,  I was unable to easily dig up much about paper rationing specifically.  A number of websites and articles mention that paper was rationed in the U.S. during WWII, and stated that this rationing had impacts for both book and newspaper publishing, but I found few useful details.

After spending some delightful time down the endless rabbit-hole of the online National Archives, it appears that I would actually need to travel to Maryland to get my hands on much of the primary source material for this topic.  Secondary sources abound, however.  There are abundant articles and books written about publishing during WWII and the how the availability of cheap paperbacks changed the face of modern publishing.  One such is this article from Brittanica.com.

I started to feel that I might drown in information, and none of it was what I really wanted to know, which was what,  exactly were the government’s regulations for conserving paper and other essential materials?  And what other essential materials were they talking about?  Ink?  Trees? Metal for printing presses? I realized that I could keep on looking for months and neglect my hands-on preservation duties at the lab.   So, since this is just a blog post and not a PhD dissertation, here are just a very few interesting tidbits and links that I came up with using only a few quick web searches and far too much reliance on Wikipedia.

“Books are Weapons in the War of Ideas”

Looking at the eagle in the bookplate seal sent me in the direction of WWII propaganda. The eagle’s banner reads “Books are weapons in the war of ideas.”  This was the motto of the Council on Books in Wartime and became an important bit of US propaganda in response to Nazi book burnings. 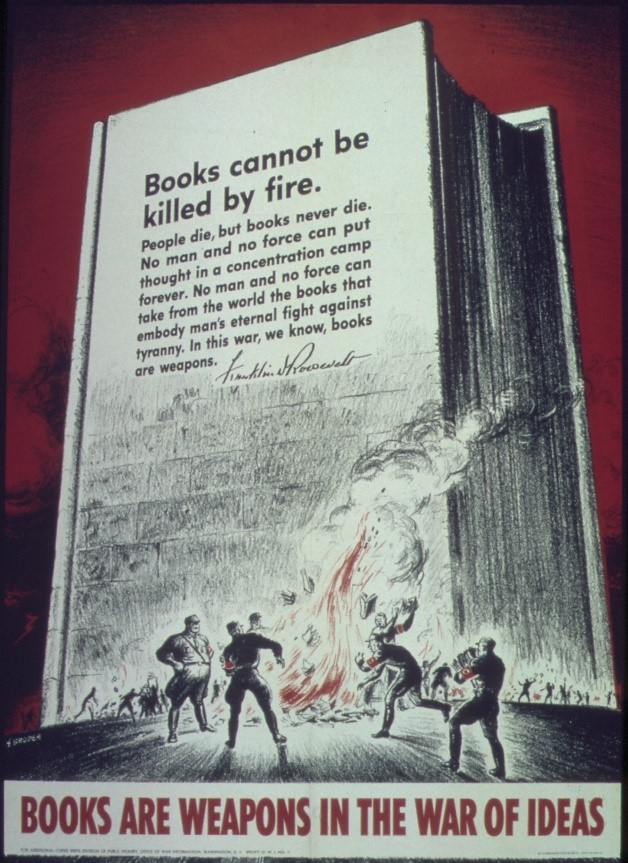 Reprints of this poster are still available for purchase today.

Another function of the Council on Books in Wartime was to help facilitate publishing the Armed Services Editions, which were inexpensive paperbacks published to send to US soldiers.

There were paper recycling drives  – paper was collected to be used for packing materials and presumably it was also pulped to print books for the US soldiers.  There were also used book drives to collect books to send overseas.

Wikipedia states that in the UK, paper rationing went into effect in 1939,  and apparently George Orwell had strong feelings about how this was affecting publishing and authors:

“In Mr. Stanley Unwin’s recent pamphlet Publishing in Peace and War, some interesting facts are given about the quantities of paper allotted by the Government for various purposes. Here are the present figures:-

A particularly interesting detail is that out of the 100,000 tons allotted to the Stationery Office, the War Office gets no less than 25,000 tons, or more than the whole of the book trade put together.  …  At the same time paper for books is so short that even the most hackneyed ‘classic’ is liable to be out of print, many schools are short of textbooks, new writers get no chance to start and even established writers have to expect a gap of a year or two years between finishing a book and seeing it published.”

And finally, a wartime cookbook

By far, my favorite rationing-related discovery is the Wartime Edition of the American Women’s Cookbook.   In fact, I ordered a copy for myself. 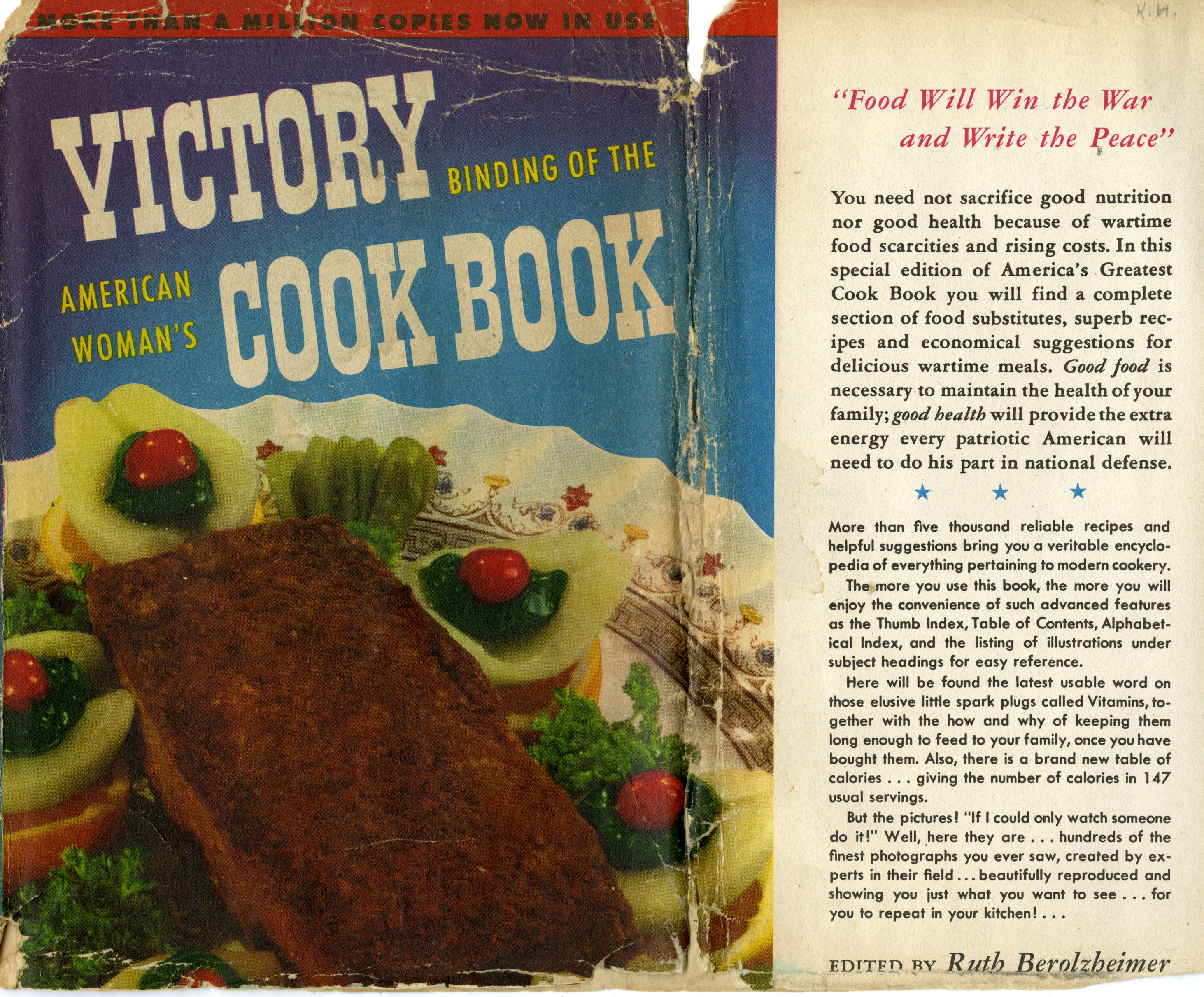 Except for the aspic recipes, I find it completely delightful. 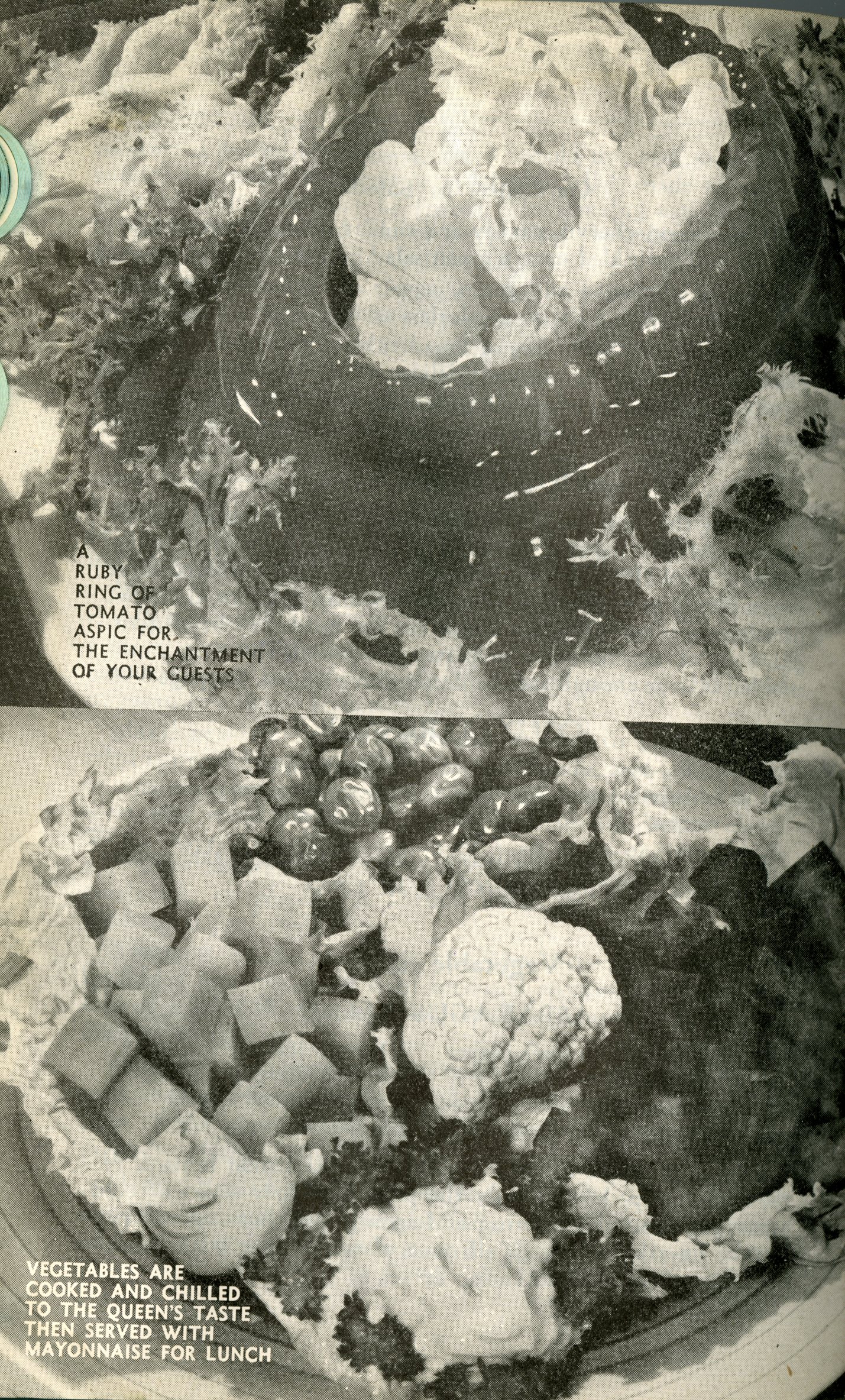 And I love it that even though there was a war on, someone in my grandmother’s generation had time to make these: 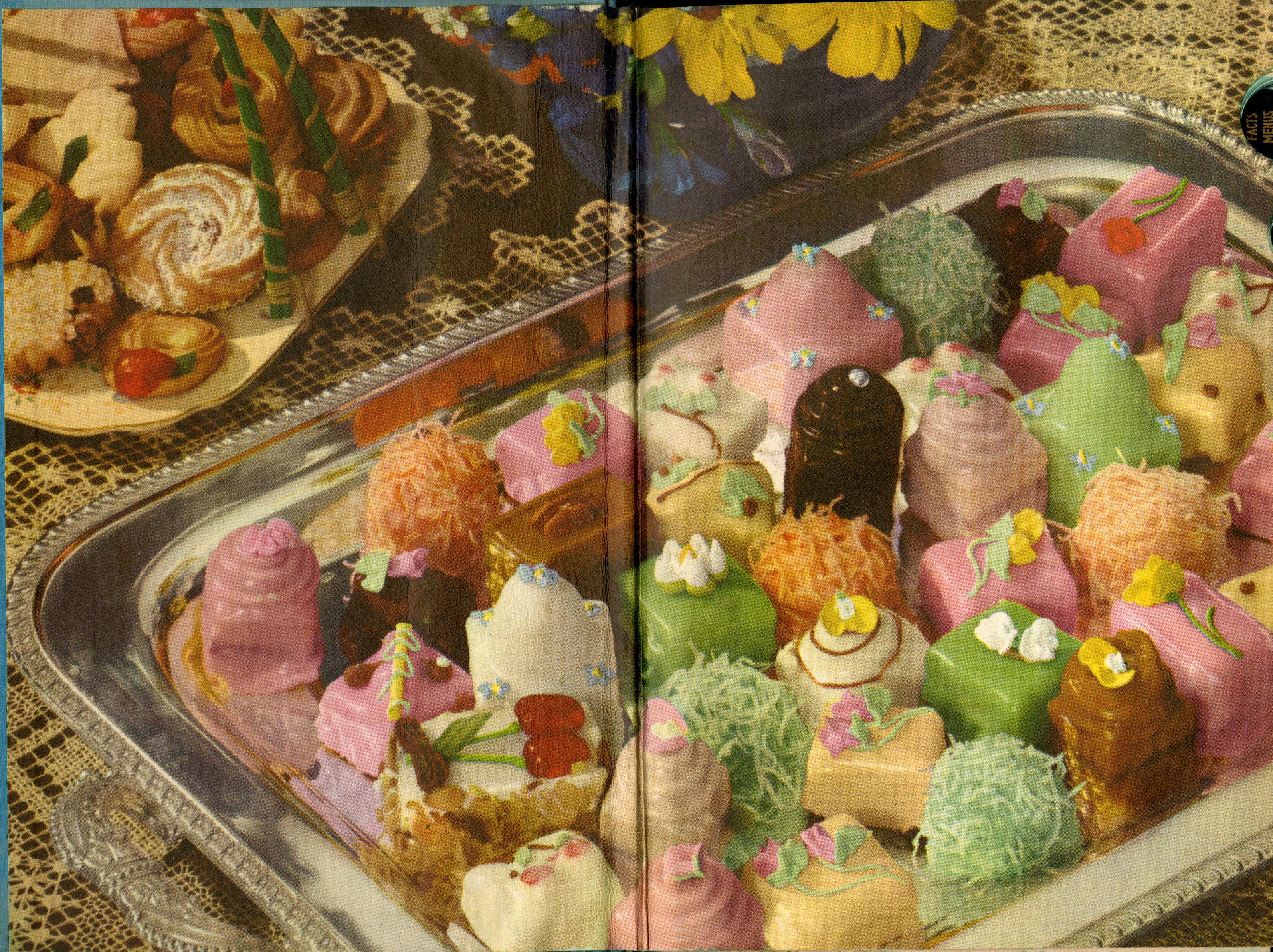