Now that we are gearing up to get back into the lab in the next couple of weeks, I can share something I have been thinking about while working from home.

What do you think of when you hear the word “bookworm”? 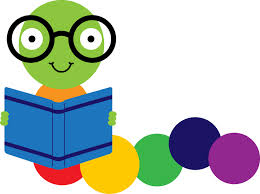 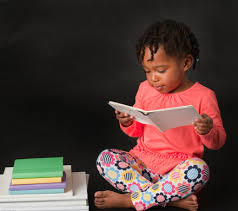 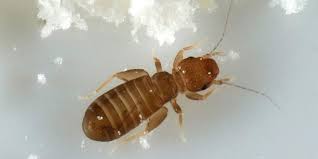 Chances are, your answer will vary greatly depending on what part of bookworld you live in. Children’s librarians probably think of something like the first two. Those of us on the preservation and conservation side of things, probably think more about the third.

Just for fun, let’s spend a moment analyzing these images. First, I will need you to do a quick Google search for “bookworm” and let’s just look for a moment at these worms.

If I may have a pedantic moment here, I actually judge most of these “worms” to be caterpillars.  I base this solely on the fact that caterpillars are more likely to have something resembling hands which which to grasp a book. 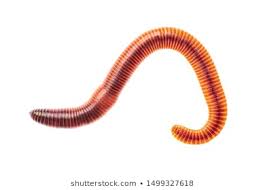 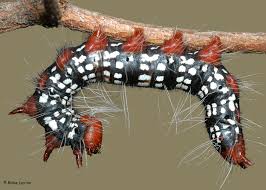 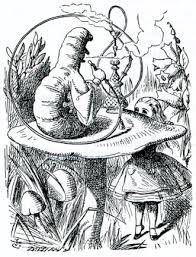 Alternatively, the image search may turn up something like this:

This version allows for slightly more variation. However, a few rules do apply:
• Over 80% of human bookworms are female
• Most human bookworms wear glasses
• Corollary: frames must be plastic or horn rims.
• Dang it, those are my glasses. 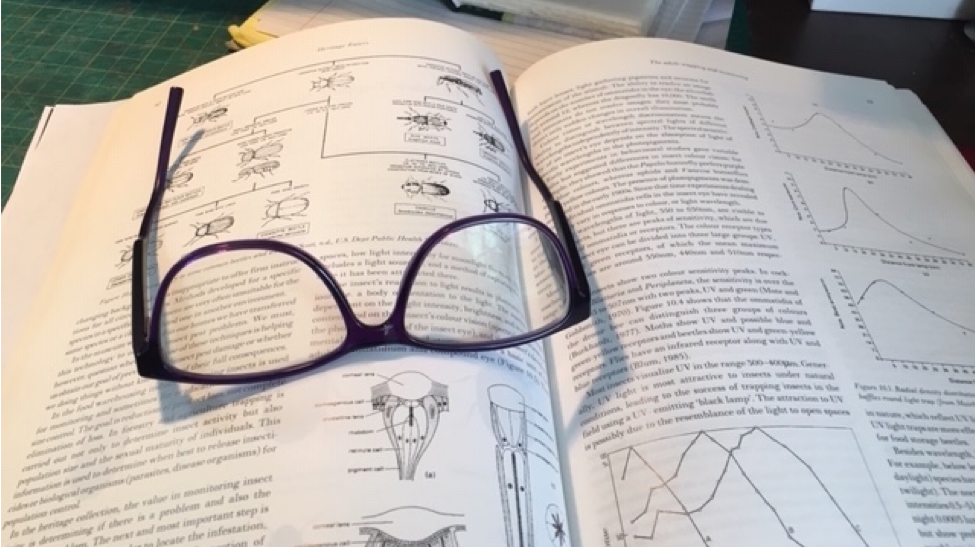 Actual book eaters come in a large number of forms and can do a huge amount of damage to collections.

Here is an abbreviated list of the critters in question:

Not lice in the way we generally consider lice. They are not parasitic, meaning that they do not feed on live hosts. However, they do consume old binding adhesives, paper, wood and leather. They also seem to be attracted to molds which inhabit old books.

As an aside – molds are living organisms, so I guess book lice are parasitic on molds? Is it considered parasitism if the living organism is only part of a varied diet? Also, often old colonies of molds in books are actually dormant (if not totally dead).  This is a thing which we often have to consider when treating moldy items in the lab.

Let’s discuss beetles for a moment. There are at least a quarter of a million species of beetles on Earth. Many are beneficial to humans. They act as predators of plant pests (such as aphids), as essential pollinators , and as a human food source. Some species in adult, or more commonly, larval form feed on books. Most prefer old binding adhesives and paper, but some go for leather bindings. 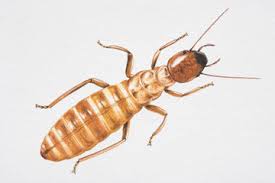 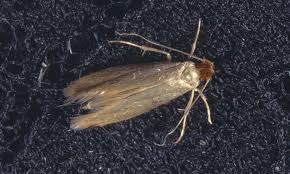 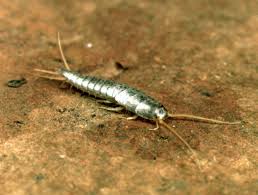 Just ugh. I’m pretty insect tolerant, but these things creep me out.   We have to consider them, however, because paper is their meal of choice when they live in libraries.  They may also have been an insect that Robert Hooke identified as a bookworm in his early microscope work in the 1600s. 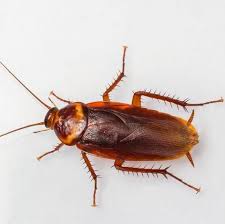 And let’s take just a moment to celebrate a fierce looking critter which eats books eaters. Friends, I introduce to you, the pseudoscorpion. 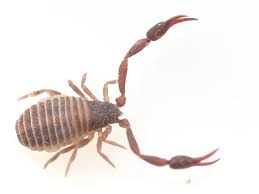 It is a tiny arachnid which feeds on book lice, moth and beetle larvae, ants, and other insects. Because of their very small size (about 2 – 8 mm) they are often not noticed by humans, or are taken for small spiders. 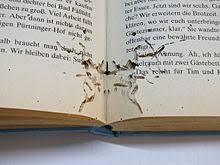 The lacy effect can be pretty and all, and may have predated modern, human book carving techniques, but it’s not so great if you want to retain the information in those pages. 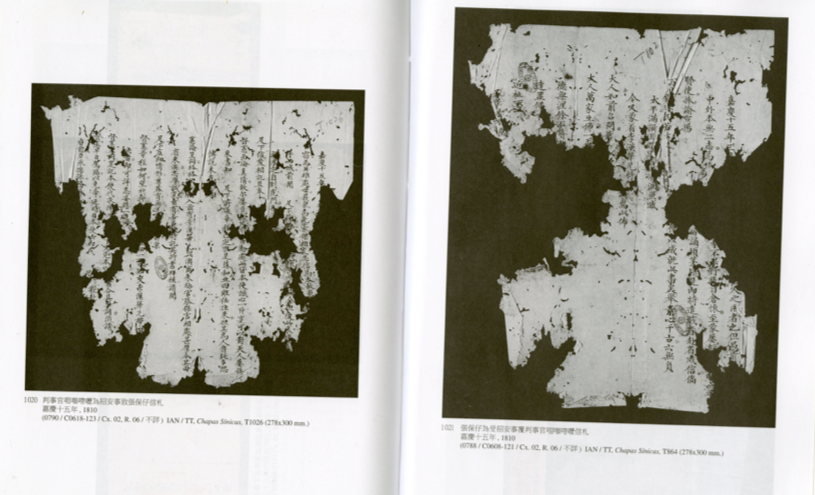 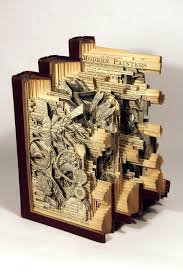 One of the classic treatments of  the insect bookworm is in William Blades’ The Enemies of Books, first published in 1880. Blades was a printer and bibliophile who did research into early British printing, and thought a lot about old books.  His book is readily available online and I highly recommend reading it over. But then, like Blades, I am also a bit of a curmudgeon who thinks that the whole world is out to destroy books. Given my profession, the chapter on the evils of bookbinders does make me squirm. Here is a brief quote from his chapter on bookworms:

“Anathemas have been hurled against this pest in nearly every European language, old and new, and classical scholars of bye-gone centuries have thrown their spondees and dactyls at him…But as a portrait commonly precedes a biography, the curious reader may wish to be told what is this “Bestia audax”, who so greatly ruffles the tempers of our eclectics, is like. Here, at starting, is a serious chameleon-like difficulty, for the bookworm offers to us, if we are guided by their works, as many varieties of size and shape as there are beholders.”

Later in the chapter, he goes on to describe in an astonishing amount of detail, a bookworm “race” through a volume from the 1400s, tracking each worm trail through the thickness of the book until its creator perished. (Or maybe just turned around?)

Just a note: as a profound lover of books as physical objects, I can only imagine that e-readers would have made poor Mister Blades apoplectic.

I’m not going to go into methods of treatment for insect damage to collections, or for pest eradication.  There are many, many far more informed folks out there who have published complete and detailed information. I will shout out Mary Lou Florian, whose book Heritage Eaters is a great resource.  The Northeast Document Conservation Center also has a wealth of information.

Modern libraries often have better climate control than in previous generations, and this would lead to fewer infestations than in the past.  But they are by no means unheard of.  For example, when libraries and museums accept donations of old collections kept in poor storage conditions, the possibility of insect or mold infestations must be considered before materials are accessioned.

Really, all the above is all just so many diversions from what I was originally interested in writing about. I wanted to see if I could track down the moment in history when the bookworm went from being a literal book eater to a metaphor for a human who reads all the time and wears glasses and is socially awkward.

And this is what I found, folks.

First: The shift happened a lot earlier than I expected.

Two: IT WENT THE OTHER DIRECTION!

Yep, I was incredibly surprised to find out that the Oxford English Dictionary (can we please get a round of applause for the generations of fine folks at the OED) indicates that the term “bookworm” was first used in 1580 to describe a person who spent too much time reading. And doing other things which aren’t such a great idea:

And really, right now while I have been spending so very much time at home, being a bookworm, a maltworm and a candle waster seems like a pretty good idea. 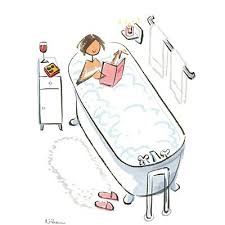 It wasn’t until 1654 that someone described a non-human bookworm:

1654   R. Whitlock Ζωοτομία
“Book-worme is of all Creatures the longest lived.”

All of these descriptions  of bookworms were pejorative. Worms of all forms were thought to be basically disgusting and harmful. Or maybe they were actually dragons? Early English folklore sometimes uses the words “dragon” and “worm” interchangeably.   The bookish reference to a human worm predates the insectoid version, because “worm” was a common Elizabethan insult. Then later, as we get into the taxonomy of the book eating insects, since the term already exists, it is applied in that context as well.  Plus, sometimes the book eaters are larvae, which look like worms.

So who was the tricksy librarian or teacher that started using the word bookworm in a positive light? Who was this person who decided that children should embrace the term and spend their time devouring books. Metaphorically. 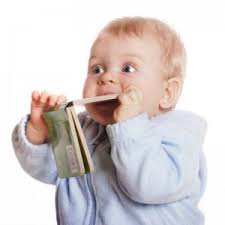 I have no idea.

Language usage changes. Word meanings change. In fact, the word “bookworm” had changed little from its first usages. The definition has remained pretty constant: a person or insect who devours books. We understand by context whether literally or metaphorically.

I was surprised to find in my research that there are still negative connotations. Some folks do still consider bookworm to mean someone who is so wholly devoted to books that they are unable to function in normal society.

For example, this guy:

The march of language change is still working on this definition.  By the time I was hanging out in the children’s department of the public library in the late 1970s, the term seemed positive. I remember there being posters and bookmarks urging children to be book worms. 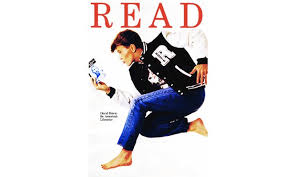 Ok, it doesn’t say “bookworm”, but it is David Bowie in at letter jacket.

And today, now that nerd culture has been more fully embraced, it seems to me that the term bookworm is more often one of esteem. Bookworms are well read. Bookworms are smart. Bookworms have the most fashionable glasses. Some celebrities identify as bookworms.  I mean, Oprah’s Book Club is a big deal. And I think we can all agree that Harry Potter would not have gotten through even that first year at Hogwarts without the help of renowned bookworm Hermione Granger.

So while we’re all at home for a while, let’s spend some time indulging our bookwormish sides. 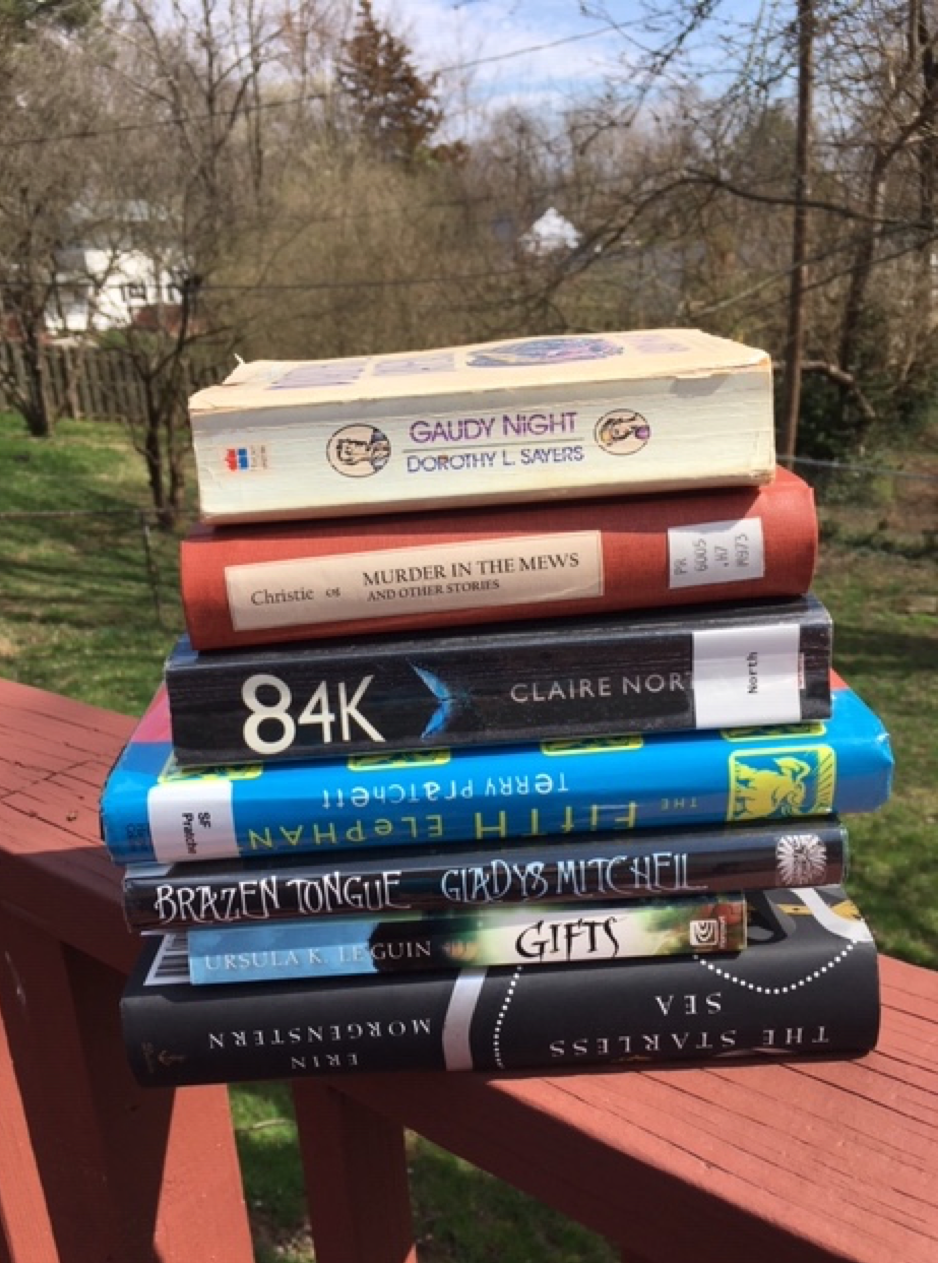 And keep your books out of the basement to avoid the other kind. 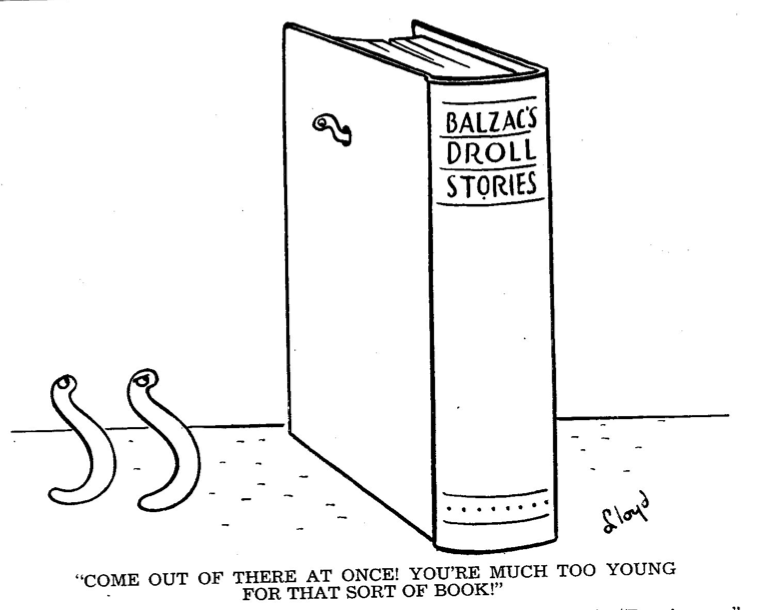 Cartoon from Saturday Review of Literature sometime in the 1930s.