I recently had the pleasure of conducting an email interview with British film archivist, David Francis. Over the course of his prolific career, Mr. Francis has served as the Curator of the UK’s National Television and Film Archive (a division of the British Film Institute) as well as the Chief of the Motion Picture, Broadcasting, and Recorded Sound Division at the Library of Congress, in addition to other positions. I asked David to comment on his background and these experiences in order to paint a picture of the field over time.

Francis was introduced to the world of film early in life. As his parents were members of a 35mm Film Society, the family attended film viewings regularly. This interest was later renewed through programming work for the Film Society at the London School of Economics, where he eventually received a BSc in Economics with a specialization in International Relations. In 1959, he began working as the Television Acquisitions Officer at the National Television and Film Archive, where he developed a television collection; a type of collection that had not existed in film archives until that point. He eventually worked his way up to the Curator position in 1974 where he remained until 1989, working on projects such as the J. Paul Getty, Jnr. Conservation Centre and the Museum of the Moving Image in London. In 1990, he left the UK to accept a contract at the Library of Congress. This turned into a more permanent position as became Chief not long after this contract ended. Francis stayed with the LoC until 2001. 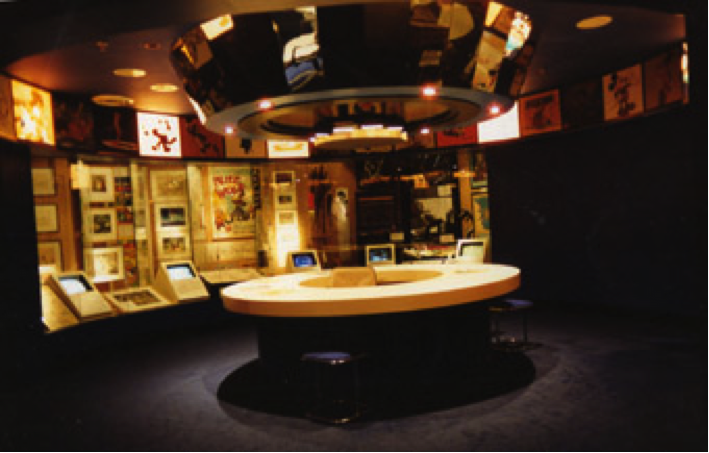 Shot of the (former) Museum of the Moving Image in London.

I asked David to comment on some his experiences advocating for moving image preservation. While at the British National Film Archive, he established the 24 Year Nitrate Preservation Scheme which allowed the Archive to duplicate approximately five million feet of nitrate film every year through government funding. He also organized a FIAF Symposium entitled “Cinema 1900-1906.”

“Up till that time (1978), film archives had been mainly interested in collecting the classic European silent and sound films. They were not interested in their national cinema…or in cinema before the coming of the first feature films. I had, however, always been interested in the relationship between the screen experience before 1895 and its influence on the first 20 years of the cinema’s creative development. We had acquired many titles from the first decade of cinema but could not make many of them available because we did not have the resources. I asked my archival colleagues around the world to send me all the films they had from the period at the Archive’s expense. I would then make two duplicate negative and two positive copies in our laboratory and send the original, one safety negative and a positive back to the archives and keep the others in our collection. In the end we assembled over 600 titles and screened them to a small group of international scholars. They then chose the titles they thought most interesting and these were screened at the Symposium. I think it would not be unreasonable to say that this Symposium paved the way for the study of early cinema.”

At the Library of Congress, Francis successfully implemented new legislation for the National Film Registry, which required the Librarian of Congress to conduct a “Study on the Current State of Film Preservation.” However, his attempts to do the same for television did not come to fruition.

Comparing and Contrasting the BFI and MBRS

Having worked in both British and U.S. archives, Francis holds a unique perspective in the field. When I asked him to compare and contrast these experiences, he explained that while the two archives were similar in size, they remained different in other ways, particularly regarding funding.

“The British Film Institute was a QUANGO—a quasi autonomous non-governmental organization. It received funds from the government through the Ministry of the Arts but was not directly accountable for the way in which the funds were used. The Library of Congress is funded directly by Congress and considered by Congress as its library. However unlike most other archives in the United States the Library received some governmental funding although it had to also raise private funds if it was to meet its responsibilities. The National Film Archive section of the British Film Institute relied on private donations to build its film collections. The National Film Archive section of the BFI relied on private donations to build its film collections. There is no Statutory deposit for films in the UK. The Library builds its current collections through copyright deposits but relies on donations to fill gaps. The National Film Archive was a relatively un-bureaucratic organization and as Curator I was given a lot of freedom to achieve the Archive’s goals. I appointed all my own staff and managed all our budgets. The Library of Congress was very bureaucratic with checks and balances at every level. One had to compete for funding and staff with other Divisions.”

Beginning his career in 1959, Francis has experienced many of the great changes in the field. One he notes specifically is the improving relationship with film producers and distributors.

“In the 1960s one had to bribe producers and distributors to donate films. We organized a slap up party at Christmas and only invited staff from companies that participated. We invited the vault managers as well as the managing director because sometimes although we were refused donations officially, we received material unofficially from the vault manager. Another more dubious method of acquiring film was to bribe the driver of the Celluloid Products van who came to collect junk nitrate film for its silver value, to let us go through the films he already had on his van and substitute films of an equal or greater silver value. Even today, producers and distributors are still wary of film archives because they are concerned that they might screen copyrighted films without written permission. However they see the advantage of helping an organization that will store little used materials in ideal conditions free of charge.”

He also mentions the changing role and intentions of the film archive itself.

“When I started at the National Film Archive, the role of an archive was to collect films made by the classic European directors not to concentrate, as today, on the films made in one’s own country. Also scant attention was given to the films made in the first two decades of cinema history, short films, documentary subjects, newsreels or amateur film. These categories are now recognized as just as important as the feature film and, in fact, more important because they will not survive without the help of archives.”

To overcome the challenges of digitization,

“Archives must be more like museums. Archives still control important information although even this position is threatened as more and more 20th century productions are digitized. The screening of a unique restored print in the archive cinema must be an experience to treasure and look forward to. I personally still feel that archives should use digital media to make films available widely, as long as it is still possible to see celluloid copies of the same titles projected in archive cinemas or other approved venues. The digital experience often appears to be technically superior but it is a different experience from watching a film in a darkened auditorium together.”

Furthermore, he voices his concern about the future of celluloid.

“Archives don’t have access to changing technology. When they preserve a film on celluloid they know they can store it in a controlled environment and it will retain its quality and accessibility. It will always be possible to build film projectors because they are mechanical not electronic. A digital master might need to be refreshed every five or so years and archives may not have access to the funds or equipment to do this on a regular basis. If they miss one refreshment stage, the digital master may become inaccessible. A lot of people will argue against this view and we will not know who was correct until we reach the 100 year mark but I believe archives must be conservative and never put the future of the moving image heritage at risk.”

My final question to David asked his opinion of the skills today’s archivists should possess.

“Archivists today have to be politicians, fund raisers and film historians who have the stage presence to make their knowledge exciting to the general public. Even although they must ensure that an archive is supported financially, policy must be based on what they believe should be done not on what others want them to do. Archives should only be big enough to achieve what can reasonably be done. An Archive can be too large as well as too small. If it is too large the head of the archive may not be able to devote enough time to determining policy, explaining it to staff and encouraging them to be part of the archive team.” 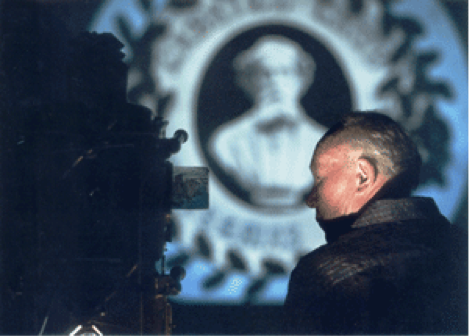