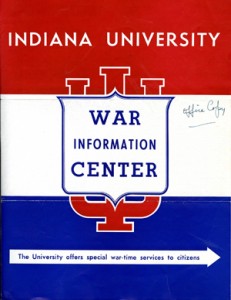 Do you need to know anything about Indiana University from 1940-1959?  This just may be the collection for you!  The finding aid for the Indiana University Vice President and Dean of the Faculties records is now online and is a treasure trove of information on university activities before, during, and after World War II.

The Dean of the Faculties Office was created in May 1940 for the purpose of overseeing the administration of academic affairs. In creating this office, university president Herman B Wells hoped to distribute his duties, particularly during his absences, by giving the Dean of the Faculties responsibility for undertaking some of the public appearances, acting on academic problems and proposals, and serving as a member of all university faculty groups.

The first Dean of Faculties, Herman T. Briscoe, oversaw the office during World War II and during the post war rise in attendance.  Most prominent in this collection, which dates from Briscoe’s tenure, is correspondence relating how the university responded to World War II, including national defense, curriculum, and student affairs.  The patient researcher will find records addressing whether or not Japanese-Americans should be admitted to IU and how to assist students from China who had lost all communication with their families. 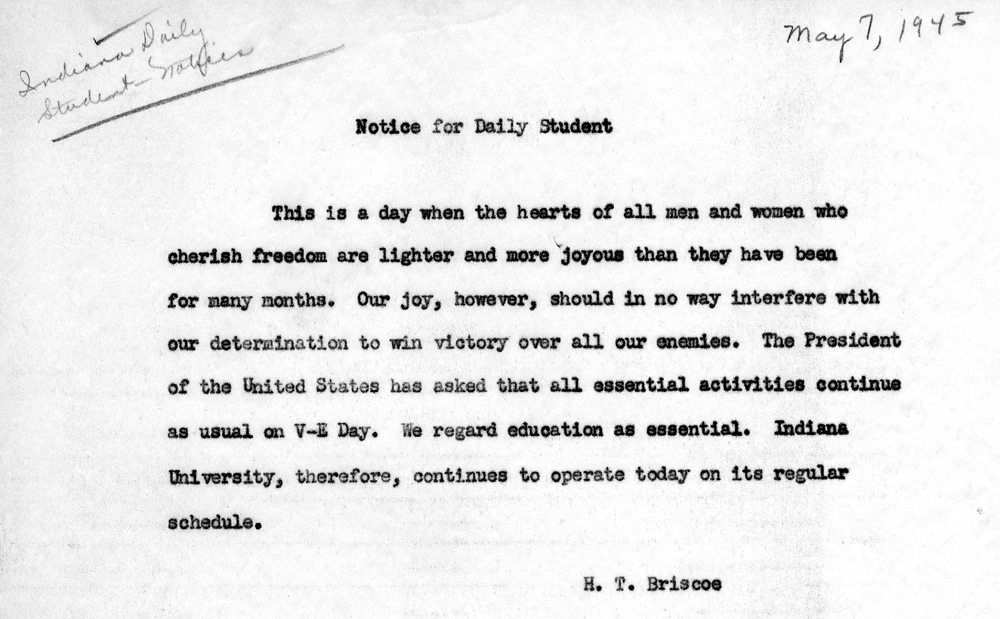 Since the Dean of Faculties was a member of all faculty groups, there are also records about the Schools of Dentistry, Medicine, Law, Graduate School, Music, Education, Arts and Sciences, and Business, as well as numerous committees and departments.

As always, let us know if you would like additional information or to schedule an appointment to access the records!