The finding aid for the Newell and Eleanor Long Show files is now available!  Newell Long was a music professor at Indiana University from 1935 to 1975 and his wife Eleanor taught English at IU from 1939 to 1962.  Together the couple wrote a number of musical pageants, plays, and skits for university and local events.  Newell Long would write the musical scores and Eleanor Long composed the scripts.  The collection includes general information on the shows, music, programs, and scripts. 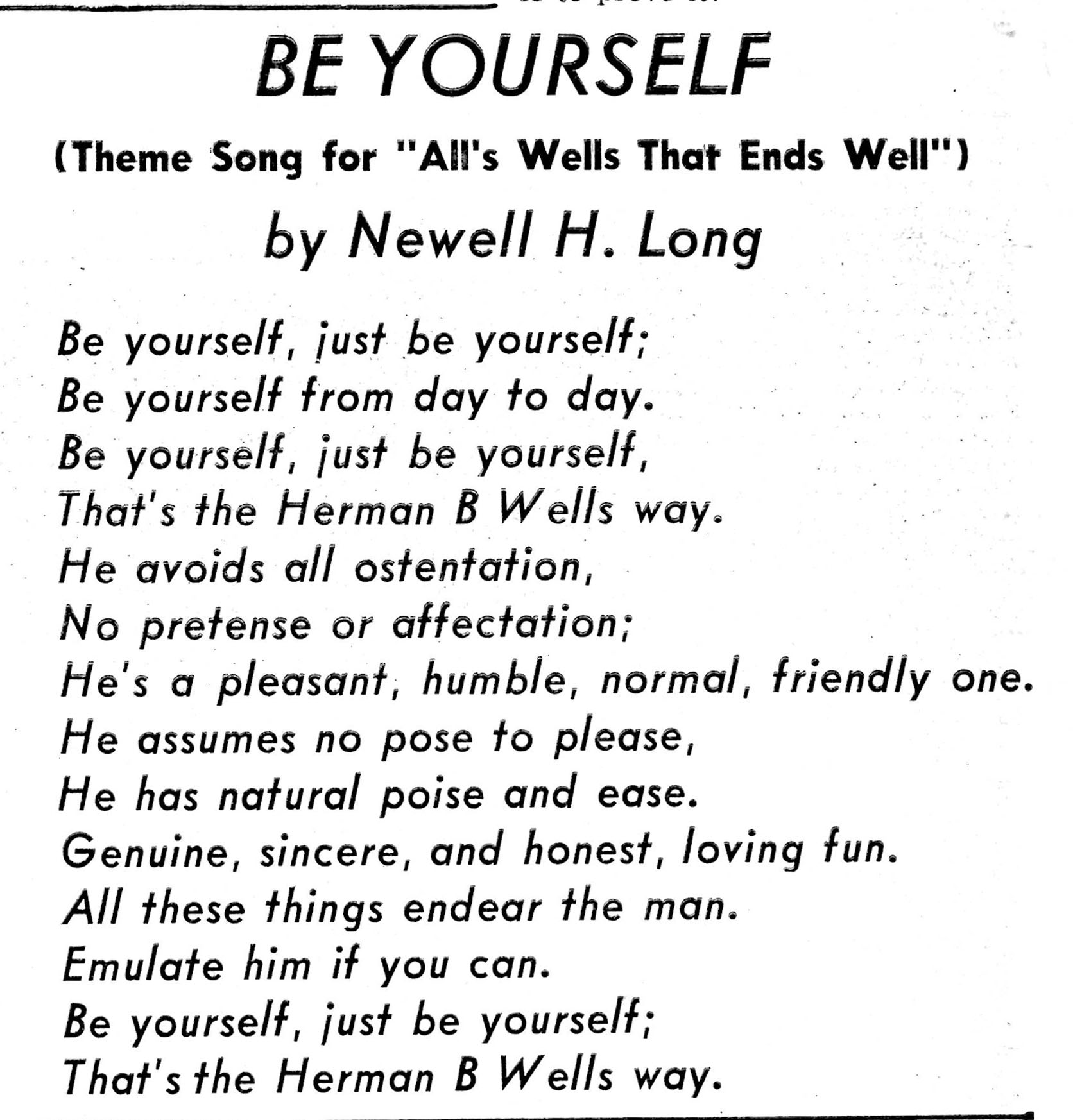 Many of these shows were either Indiana or IU themed, including “All’s Wells That Ends Well,” a musical tribute to Herman B Wells upon his retirement as IU President in 1962.  The musical revue was performed by faculty and their spouses and included songs such as “The Might of the Humble B,” “Wells’ Belles,”  and “Be Yourself.” Other items you will find in the collection about “All’s Wells that Ends Wells” includes notes, musical scores, lyrics, scripts, and a newspaper article. 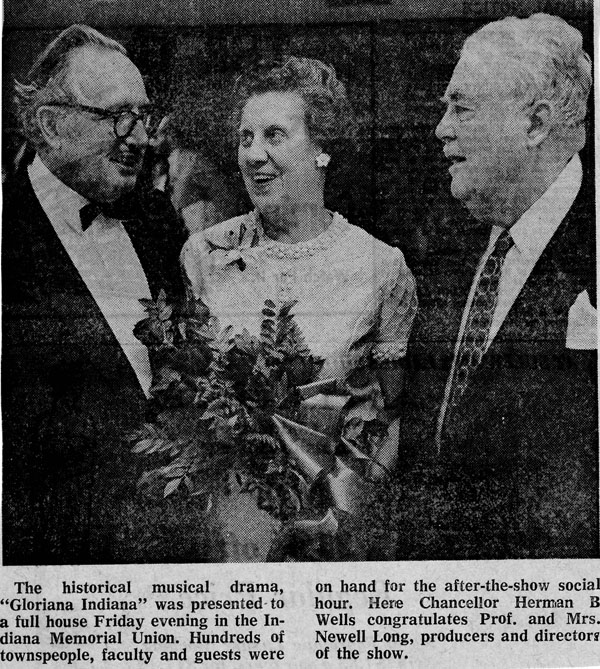 “Gloriana, Indiana,” a musical history of IU, was written by the Longs and presented to the University Club for the 150th anniversary of Indiana University.  Original songs include “Tomorrow is Foundation Day” and “Equality for Women.”  The show files also contain music for “Hymn to Indiana” and “Hail to Old IU.”

Among other shows featured in the collection are “The Cradle of the Commonwealth,” for the Corydon Sesquicentennial, “The Tale of the Lonesome Tulip Tree,” for the Tulip Trace Council of Girl Scouts, and “Never Underestimate the Power of a Woman,” for the University Club.