OFFICIAL Press Release: New exhibit at the Indiana University Archives on display now through May!

Borkenstein and His Monster: The Man Behind the Breathalyzer 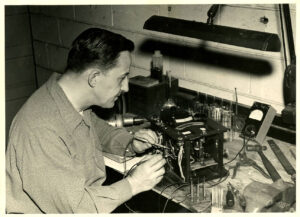 Robert F. Borkenstein working on his Breathalyzer Prototype, invented in 1954.

Over the course of his life, Professor Robert F. Borkenstein (1912-2002) rose from a full career in the police ranks to become an Indiana University professor, administrator, and highly respected leader in forensic science and traffic safety. Borkenstein’s most celebrated single achievement was his groundbreaking invention of the Breathalyzer in 1954. This instrument, which uses breath samples to measure blood alcohol concentration (BAC), was the first practical device for roadside BAC testing for use by police officers investigating traffic violations and accidents. In the years since its initial invention, the Breathalyzer went on to revolutionize law enforcement practices and legislation concerning traffic safety and the combat against drunk driving. 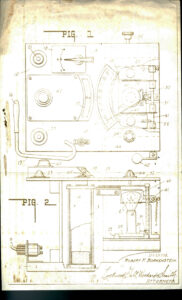 A portion of the mechanical plans submitted along with Borkenstein’s original Breathalyzer patent application, 1954.

The Robert F. Borkenstein Papers at the Indiana University Archives contain a rich record of Borkenstein’s many professional and personal endeavors as well as his enduring influence, beginning in the 1930s and extending to the present. Highlights from this collection—including the original Breathalyzer prototype, several successive models, photographs, mechanical designs, and evidence of Borkenstein’s extensive influence—are featured on display through May.

Curated by Amy Jankowski, graduate student studying under the Archives Specialization in School of Library and Information Science. 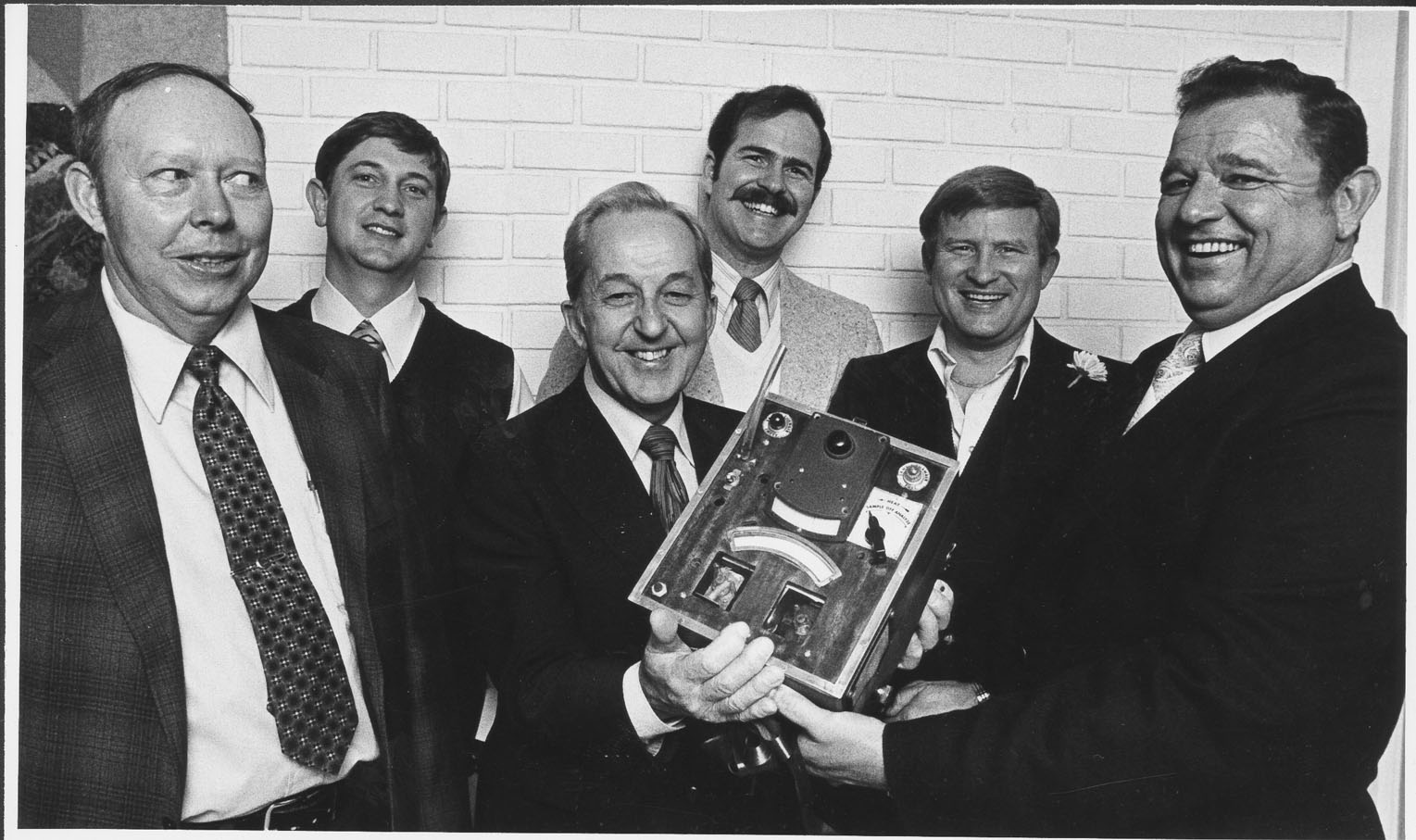 Borkenstein (third from left) stands with colleagues displaying his Breathalyzer Prototype, circa 1954.

Notes from the Curator: Earlier this semester, I had the pleasure of processing the Robert F. Borkenstein papers. The collection contains many document types that I am accustomed to working with in the archives, including correspondence, photographs, awards, news clippings, writings, and the like. However, the paper-based materials in this particular collection are complemented by more than a dozen three-dimensional artifacts, which are products of Borkenstein’s research into breath test technology with the goal of measuring blood alcohol content of motorists. In fact, Borkenstein was the inventor of the Breathalyzer–the portable, easily operated device used for decades by United States police forces in the combat against drunk driving. 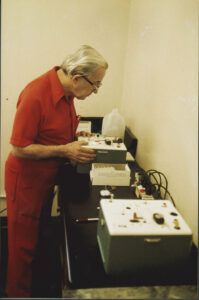 Borkenstein examining a Breathalyzer Model 900B, manufactured by the Drager Corporation, circa 1985-1995.

Through his inventions, research, and heavy involvement in national discussions on traffic safety, Borkenstein became a renowned professional icon and a noteworthy figure in Indiana University’s history. Because of his significant influence and the visually engaging nature of his materials, the IU Archives decided to install an exhibit showcasing a number of Borkenstein’s Breathalyzer instruments and complimentary documents.  It provides an excellent opportunity for students, staff, researchers, and the otherwise curious to explore the diversity of the Archives’ holdings and learn a bit more about one of IU’s celebrated personalities from years past.

I hope you have the opportunity to swing by and take a look at the exhibit!