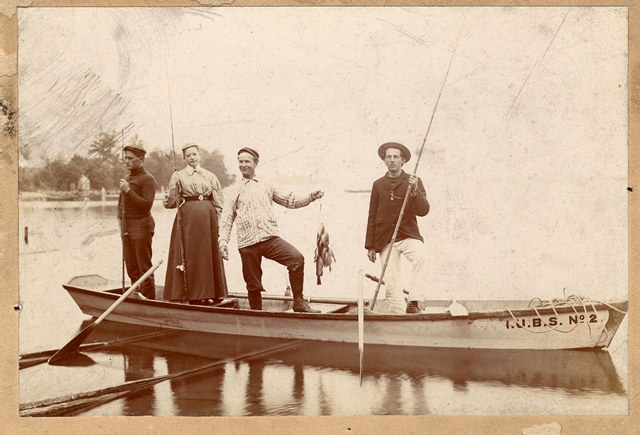 In the summer of 1895, Professor Carl H. Eigenmann established a “Biology Station” at Turkey Lake in Kosciusko County, Indiana – the first inland biological station in the United States. Established with the consent of University Trustees, Eigenmann was allowed to use the apparatus from the zoology department for the duration of a nine week summer session with the understanding that there would be no cost to the University as a result of operating the station. The first year, however, was such a success that thereafter the trustees provided permanent equipment.

The purpose of the station was research and instruction in the biological sciences with a focus on the study of variation. The first year 19 students attended. That number grew to 32 the second year, 63 the third, and 103 the fourth year. The number of classes offered also increased so that by the summer of 1898, students could study zoology, botany, bacteriology, mathematics, French, and German. At the end of the fourth year, the station was moved to Eagle Lake (Winona Lake), where land was gifted by the Winona Christian Assembly along with funds for building two small, two-story frame buildings. 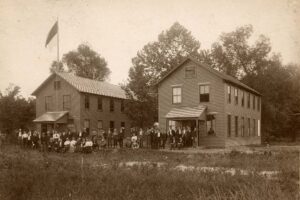 The 1920 announcement for the summer session outlines living arrangements for the students. It states students have a wide choice – they can tent camp; rent a room for $2-$4 week; or even stay at the local hotel with weekly rates of $10 and up. Boats could be rented for private use for $5-$10 for the entirety of the summer. Laboratory fees for the summer were $25. Work every weekday consisted of one lecture and six hours of laboratory or field work, with supplementary reading, or two lectures and five hours of lab or field work. Saturdays they finished up at noon. 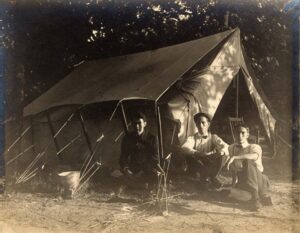 In 1938, formal instruction at the station ceased, a victim of the Depression. After that, it was primarily used as a research center for faculty and graduate students. In 1960, the Department of Zoology brought forth a proposal for a new program in field biology, complete with a new Biological Station and Aquatic Research Unit, in cooperation with the Indiana Department of Conservation. The Board of Trustees approved the proposal, and in 1961, a new location was selected at Crooked Lake in Whitley and Noble Counties. In 1965, the land at Winona Lake was sold back to the Winona Lake Bible Conference for $2,000.

With support from the National Science Foundation, the Station at Crooked Lake was up and running within a few short years. Research centered on the utilization of normal stocks of fish in Indiana lakes as well as the exploration of ways to increase fish production. This field station is still owned and used by Indiana University researchers and students.

Interested in knowing more about any of the Field Stations? We can help; just drop us a line. I also recommend checking out this blog post from the Wylie House. In addition to being a museum, Wylie House also holds manuscript collections, including the papers of Morton C. Bradley, Sr. Among Bradley’s papers are letters he wrote whilst courting Theophilus Wylie’s granddaughter, Marie Boisen. In the linked-to post, the Wylie House has transcribed several letters written while Bradley was a student at the Turkey Lake Biological Station in 1897 and 1898.