This symposium brings together scholars who have focused their work on three visionaries in the fields of academia and museums—Henry Hope, Paul Sachs, and Herman Wells—and will speak to their remarkable careers and interconnections. Sachs taught the Museum Course at Harvard University between 1922 and 1948, where Henry Hope was one of his students. Herman Wells, appointed as IU’s president in 1937, fostered the arts on the Bloomington campus, while also aiding German refugee scholars during the war. Henry Hope was brought to IU by Wells upon Sachs’s advice, and throughout his tenure he benefited from Wells’s support, while establishing a program of exhibitions at IU in 1941 and ultimately founding the IU Art Museum. This program speaks to these three men’s remarkable careers, while more broadly revealing the close connections between the university and the university art museum, as well as the historical role played by these museums in disseminating information about modern art, especially German Expressionism, in the mid-twentieth century.

Taking part of the panel is Assistant Archivist Carrie Schwier with her paper, “‘Above all nations is humanity’: War-time Mobilization and the Emergence of a Post-War Metropolitan University.” Drawing from the Archives collections, Carrie will talk about the changes Indiana University underwent during the war and how administrators and students worked together to foster an atmosphere of tolerance and support for those of foreign and persecuted nations. 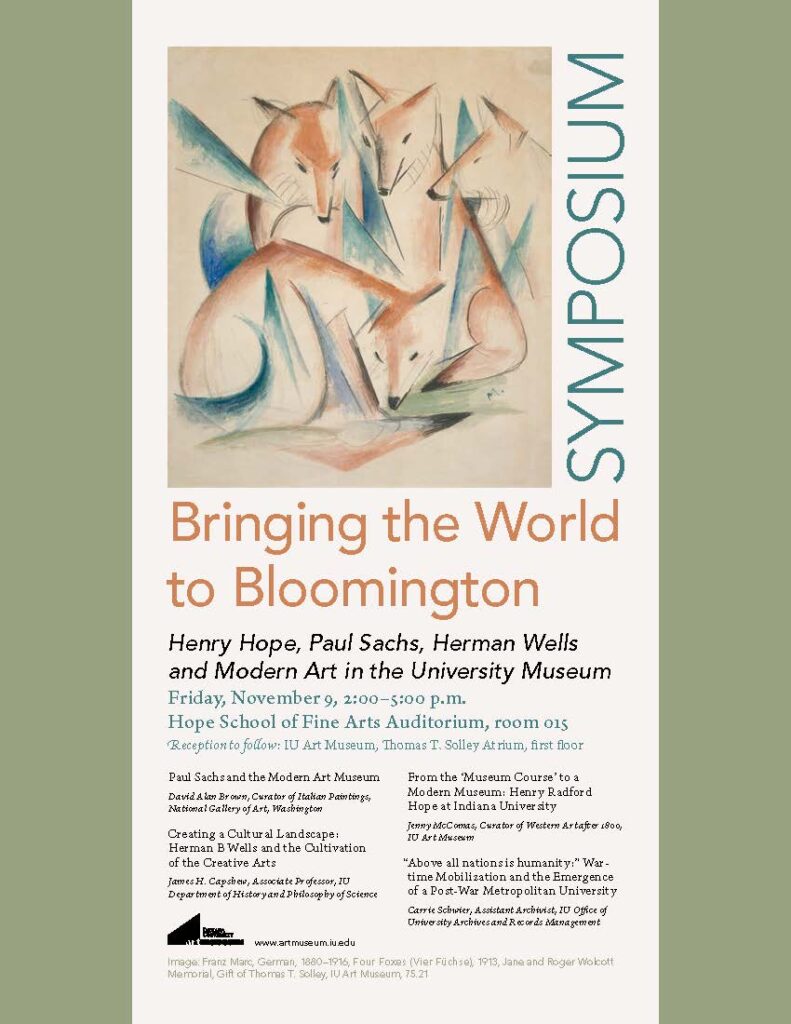