It’s that time again: Commencement! All your years of hard work have finally paid off, and a diploma will soon be in hand (at least the commencement ceremony will provide you with the idea of the diploma while the real one will take a couple of months to be mailed to you). Incidentally, what do you know about the commencements of yesteryear? 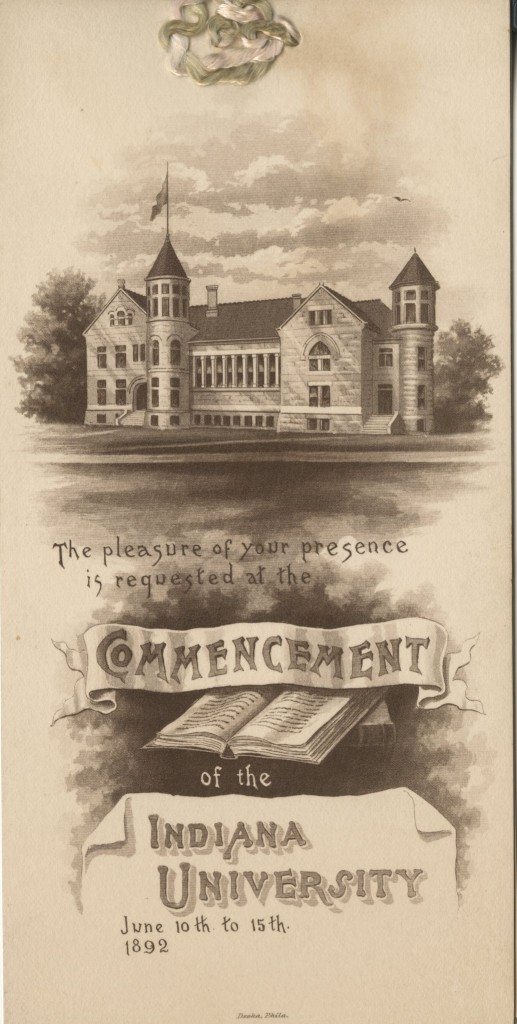 The modern day commencement address and speaker were introduced to Indiana University in 1892, when student presentations had been whittled down to a few orations and poems delivered two days before the actual commencement ceremony took place.

With over 10,000 undergraduates eligible to graduate this May, the size contrast to IU’s class of 1912 is rather startling: On December 7, 1941, the United States officially entered into WWII after the bombing of Pearl Harbor. The Indiana Daily Student (IDS) of December 20, 1942 addressed the many changes that Indiana University underwent in 1941, including the inauguration of the “speed it up” program.

The IDS reported: “New military units for university students, the establishment of a training school for both men and women in the Navy and a war-adjusting curriculum within a year made life on campus quite different for the students who had entered school when America was still saying ‘if,’ instead of ‘when we get into the war.’”

There was also a Spring commencement that year: In 1989, a resurging interest in winter commencement led to winter graduates being given a reception in their honor.

A newspaper clipping from January 1989 reported:

“About 1400 students graduating in December 1989 might have a commencement if a university committee discovers enough interest. The University hasn’t conducted winter commencements since World War II, when many soldiers couldn’t attend Spring ceremonies. Currently, December graduates may attend commencement in the Spring before or after their actual graduation date.”

“December grads will have reception in their honor on December 9 in the Musical Arts Center. Kenneth Gros Louis, University vice president and Indiana University Bloomington chancellor, said about 20 percent of IU grads finish their coursework in December.”

In 1994, the university replaced the December graduates’ reception/luncheon with ceremonies in the graduates’ individual schools. It was then noted that a mid-year commencement could be added in the future if the number of December graduates continued to increase. Finally, 1997 saw the first reinstatement of midyear graduation since 1944, and a winter commencement was held on December 22, 1997.

In 2010, for the first time, Indiana University implemented separate commencement ceremonies for undergraduates and graduate students.

You can read more about IU’s commencement history, including an extensive listing of commencement speakers and speech titles (if available), since 1892 on the IU Archives website. Logo from the 1901 commencement program.

And just because I have to get this in: Did you know that Teddy Roosevelt spoke at IU during spring commencement in 1918? 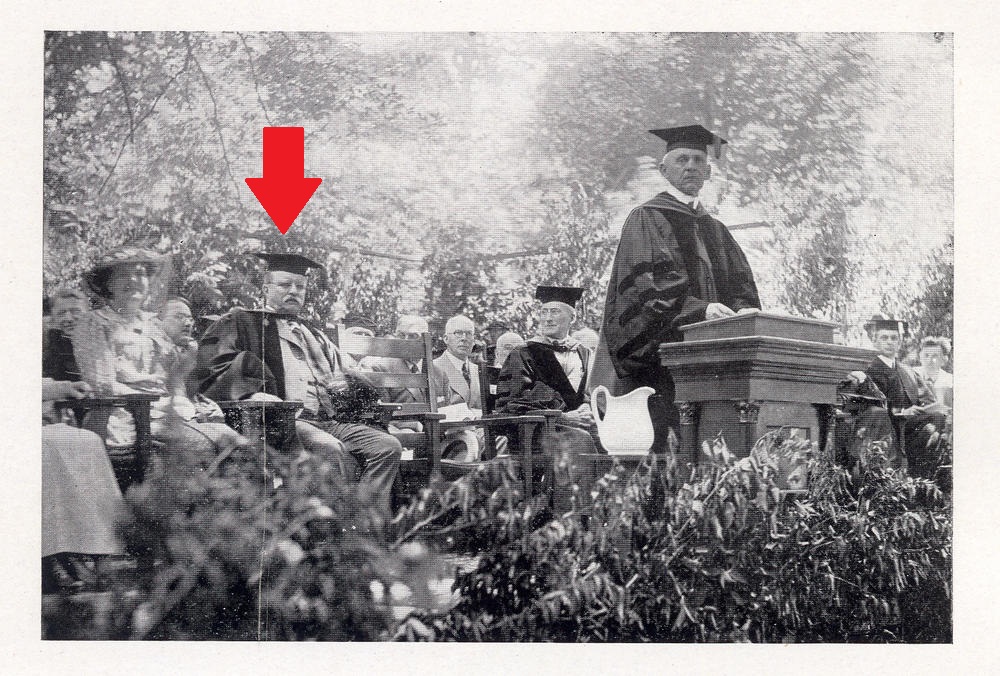