During my processing of four collections about Indiana University’s involvement in higher education programs in Pakistan in the 1960s, I’d gotten used to seeing the same kinds of files – budgets, correspondence, personnel, reports, computers. Wait…computers? Really? In Pakistan in the 1960s? They couldn’t mean real computers, could they? They must be using it as a term for a fancy calculator. Sure enough, they really were talking about computers, not calculators. I always pictured computers in the 1960s and 1970s as being room-sized behemoths too costly for anyone other than NASA and eccentric millionaires. As it turns out, computers weren’t quite so elusive at that time.

It all began in 1968 when Lynne L. Merritt, Vice President and Dean of Research and Advanced Studies, and Joseph R. Hartley, Associate Dean of the Faculties, conducted a survey to determine the government and university needs for computers in Islamabad. Indiana University had already been present in Islamabad for two years assisting with a program to establish a postgraduate institution for the sciences. A computing center, and by necessity a complementary computer science program, seemed like a natural extension for an academic establishment focused on the sciences.

Panoramic image of the University of Islamabad campus from a 1967 booklet about the university.

Preliminary reports from 1967 and 1968 found that the addition of computers in the area would be beneficial not only for the university, but for the surrounding government and research institutions as well. The computing center would create post-graduate level training in computer science for the nation, enhance research at the nearby Pakistan Institute of Nuclear Science and Technology (PINSTEC), create a means for storing and retrieving government data, such as census data, tax records, and economic data, and assist with routine administrative support services for the national government, including payrolls, inventory records, and bookkeeping functions. The University of Islamabad was chosen as the location for the computing center because the computers could be used for both computing and instruction at that location, with remote computers at other locations added later. Banks, airlines, and laboratories in the area were already using IBM computers, so recommendations were made for the purchase of the same brand.

The Indiana University Team decided that a staff of 12 would be necessary to run the computing center. This included one keypunch operator, two machine operators, two systems analysts, two systems programmers, four application programmers, and a director who would be selected from the University of Islamabad faculty. Dr. Stanley Hagstrom, Associate Professor of Chemistry at Indiana University, was selected to serve as a computer consultant to assist in training and installing the computing center. Additional training in scientific and business management data processing would be necessary, much of which would be obtained abroad. 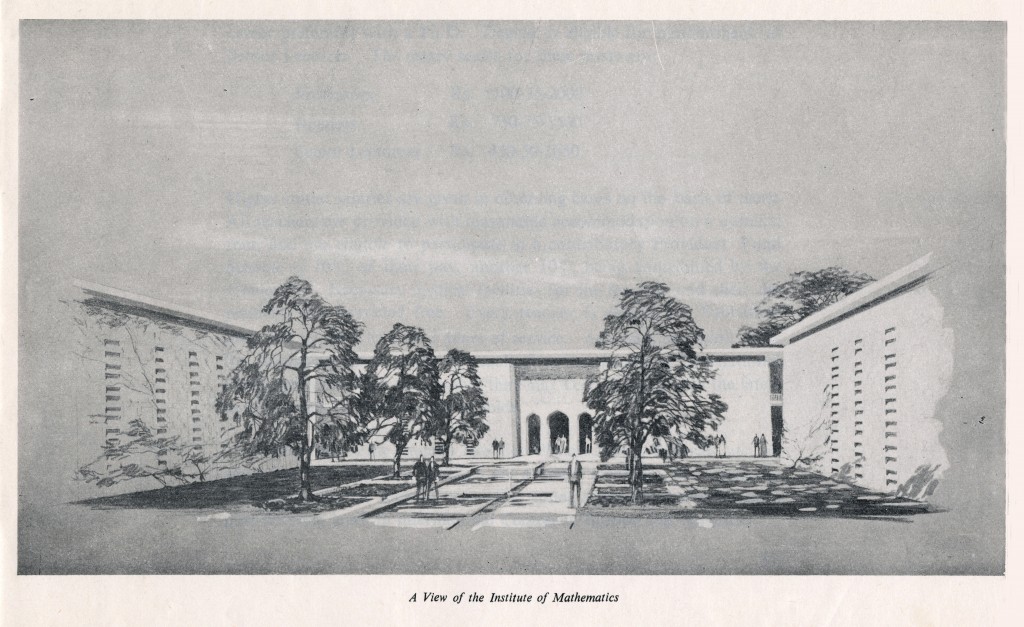 An image of the University of Islamabad Institute of Mathematics, which later housed the computing center.

The next big problem was figuring out how the computing center would be funded. Reports estimated the cost of the computer plus required equipment, a printer, a generator, and shipping at $448,383.  A request for funding was made to the United Nations Special Fund in 1968, but they were unable to provide assistance. A letter from 1970 states that the Ford Foundation donated $250,000 towards the cost, but there is not documentation in this collection to confirm where the rest of the money came from.

During the summer of 1970, an IBM 360 Model 30E was purchased for the University of Islamabad. This computer was not at all what we commonly think of when we think about computers today. Rather than a lab full of individual computers, their computing center consisted of one large mainframe computer half the size of a small room. It was designed primarily for computing structured arithmetic computations, sometimes requiring days to complete, and for storing and retrieving data.

The entire system consisted of a motor generator measuring 4×8 feet, a switchboard measuring 4×7 feet, and batteries stored in a separate ventilated room measuring 2×16 feet each. The square inch area of the Islamabad computer, including two batteries, is about the size of 712 MacBook Pros laid side by side in a rectangle on the floor. This IBM model had 32 kilobytes of memory and a maximum storage capacity of 64 kilobytes. Most new desktops today come with a minimum of 2 gigabytes of memory and 500 gigabytes of storage. That is over 2 billion times more memory and a gazillion times more storage space than I know how to calculate compared to the Islamabad model. Now I’m not really a math person, but I can tell you that’s a lot. 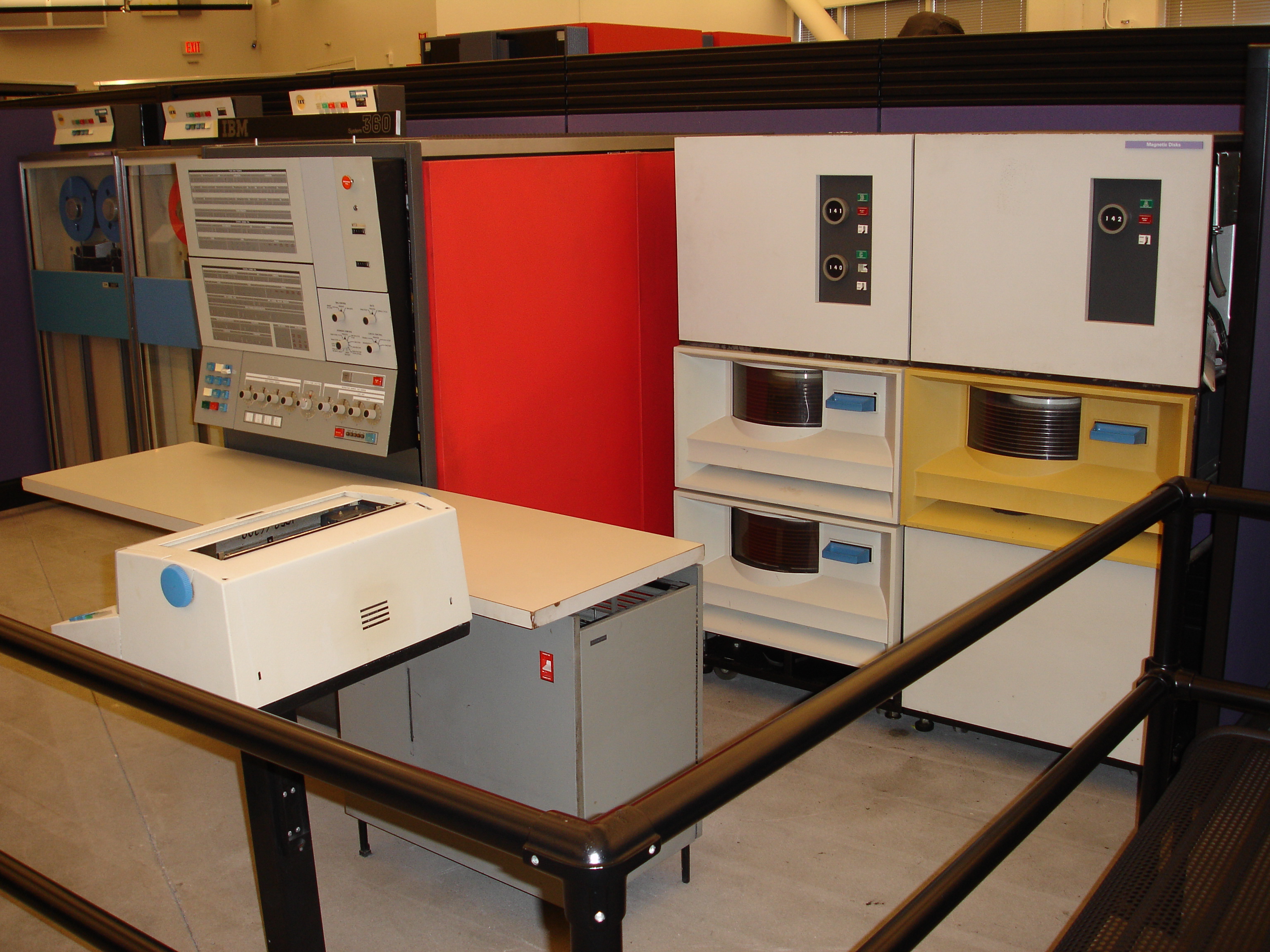 An IBM 360 Model 30 computer from the Computer History Museum in Mountain View, CA. This is the same make and model computer purchased for the University of Islamabad in 1970. Photo courtesy of Wikipedia via the Creative Commons Attribution 2.0 Generic license.

The computer center was situated inside the mathematics building with an area of 5,000 square feet allocated for the center itself. Delivery problems and postponements occurred because the construction of the new center was behind schedule. The latest available document in the collection, dated September 1970, states that delivery of the computer equipment was postponed until June 1971. Since there is no correspondence or information beyond 1970, it is uncertain exactly when the computers arrived and what effect they had on the university and surrounding areas.

The University of Islamabad project is one of four programs Indiana University administered in Pakistan around this time period, but it is the only one that included the purchase of computer equipment. If you’re interested in learning more about Indiana University’s historical involvement with Pakistan, contact the IU Archives!