While working on the Board of Trustees project over the past year, I’ve become quite familiar with many of the unique happenings on the Indiana University campus between 1939 and 1953.  For example, did you know that following World War II the university purchased hundreds of trailers to serve as housing for veterans?  You can read more about the establishment of Woodlawn Courts in these excerpts from the Board of Trustees minutes: 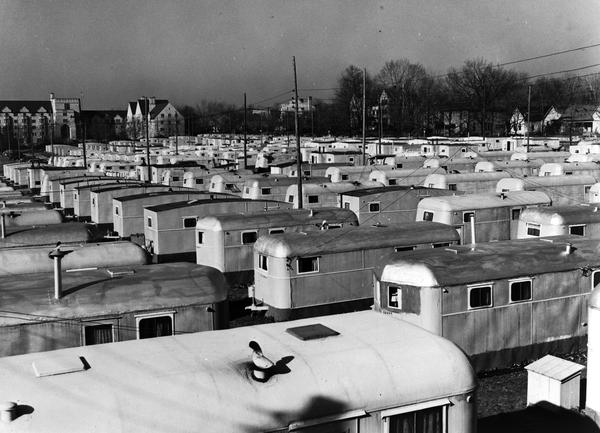 With the end of the war, many veterans returned home with the hopes of earning an education and all across the country institutions of higher education were pressed to provide housing for a massive influx of students.  At Indiana University, efforts were made to ensure that any veteran who was accepted would not be turned away due to a lack of space.  In response to the housing problem, IU established Woodlawn Courts, a trailer community located just off of 10th Street, west of the former Memorial Stadium.  By October of 1946, the community had grown to 323 trailers and was one of the largest trailer communities on a campus in the United States. 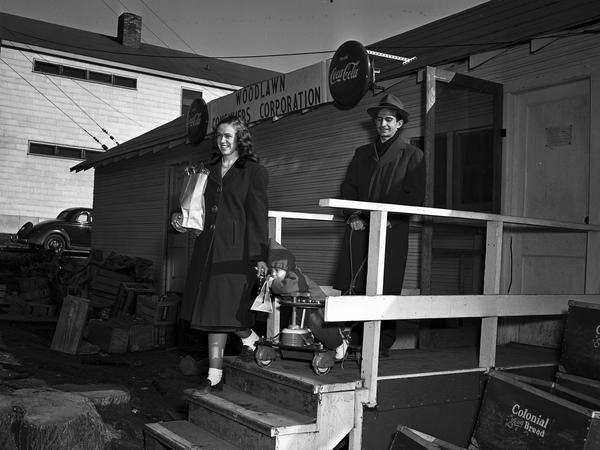 Three hundred of the units were used as housing for veterans and their wives (and sometimes children) while the remaining  were used for shared laundry, bathroom, nursery and recreation facilities.  Living in such close quarters was not easy, but these students and their families managed to make the best of it by establishing their own system of government, recreation, entertainment, and support systems. They even established their own cooperative grocery store in an effort to make buying groceries cheaper and more convenient than going off-campus.

THE WOODLAWN COURT COUNCIL and RECREATION

With vastly different concerns from the larger campus community, the students elected their own mayor each year along with a Court Council consisting of one councilor for each unit of 15 trailers.  They held meetings to discuss current issues, listen to complaints, and plan social functions; beginning in 1947, they published a bulletin after each meeting to summarize their discussions and encourage participation from outside of the Council. 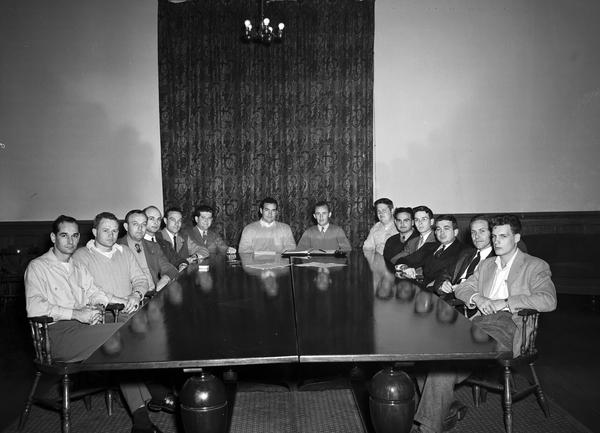 One such social event was an outing to Cascades Park, organized by the Council in conjunction with the YMCA which arranged transportation so that the residents were able to escape their close quarters and enjoy the open spaces of the park. In the spring, residents of Woodlawn Courts planted and cared for flowers which were then exhibited at the Monroe County Fair. Additionally, there was an on-site community house and picnic grounds which could be reserved by the residents to hold social events and many of the men participated in intramural athletics.  Woodlawn Courts even selected its own athletic director!

Have you ever been known to sing in the shower?  Well, it was not uncommon to hear the residents singing in their shared shower facilities.  This impromptu choir later known as the Woodlawn Courts Chorus even held formal concerts in the summer of 1946: one on the steps of the Student Building and another at a Stadium movie on July 15.

HARDSHIP, CHILDREN and A SENSE OF COMMUNITY 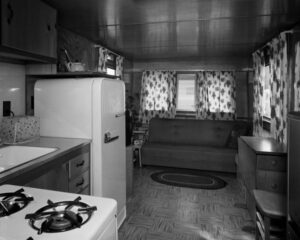 Although every effort was made to make life more comfortable for the families of Woodlawn Courts, there were some problems for which there was no simple solution.  To start, the trailers were small and close together.  In the winter they were drafty, and in the spring their roofs leaked which only became more of an issue as the trailers aged. Mud was also a problem in the spring — it was everywhere!

There was no running water, which often meant that the men had to get up early in the morning to haul buckets of water back to the trailer.  Termites, ants, and mice were attracted to the trailers as reportedly the space underneath the trailers was rarely cleaned. Security was an issue as well.  Women sometimes did not feel safe leaving their trailer alone at night so men found it necessary to escort their wives to the community facilities, which was undoubtedly an inconvenience.  Fire protection was inadequate and at one point a small fire broke out in one of the trailers, but fortunately nobody was hurt. 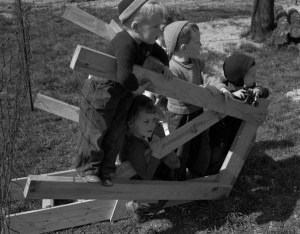 Life was even harder for those with children.  As many of the veterans came to school at IU along with their wives, not surprisingly there was a large population of children.  It was said that the birth rate in this community was higher than any other comparably-sized community and thus this high concentration of children was an important concern for Woodlawn Court residents.  Since the trailers were so small, many of the children played outside.  Toys and bikes could be seen strewn across paths.  Speeding cars quickly became a safety issue.

One of the solutions to help in caring for this growing number of children was the establishment of a nursery for small children, ages 2-5.  In addition, there were classes in child care offered in the community’s recreation center.  Parents were given the resources they needed to manage raising children and going to school.  When one couple wanted a night out, they would ask another couple to watch their child(ren) and then reciprocate the favor another time.  It’s like the old saying, “It takes a village to raise a child.” 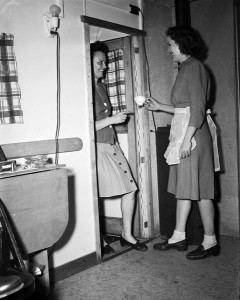 However, despite the lack of privacy due to the close proximity of the trailers combined with open windows on hot summer days, reports reveal that residents were respectful of their neighbor’s spaces. They were generally friendly to each other and their children played together.  Still gossip could be overheard in the shared washing facilities, but perhaps some of this is what made Woodlawn Courts a world unto itself. Everyone knew everything about each other, and it may be due to this strong community that some women actually said they would rather live in the trailers than in apartments.

Despite these hardships, the scholarly pursuits of the students living in Woodlawn Courts did not suffer.  According to a report published on November 1, 1946, the men of Woodlawn Courts were number one in scholastic standing in comparison with other campus communities, including fraternities, sororities, and dormitories.  These World War II veterans were able to successfully balance their studying, recreation, and family life, all while living in an area which would make life more difficult for some, but was a strong community as seen by those who lived in it. 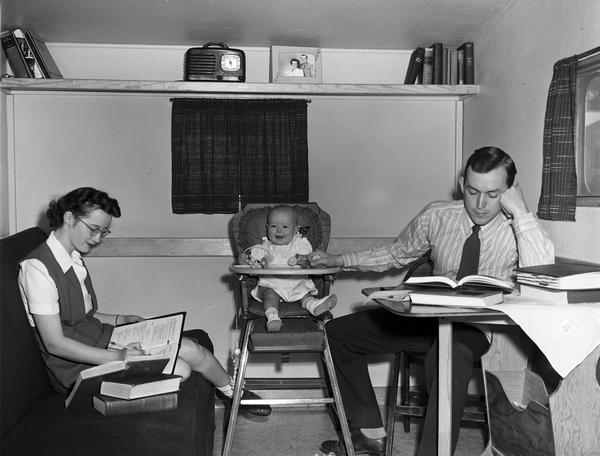 So what happened to Woodlawn Courts?  Once the extra housing was no longer needed and Indiana University had more permanent housing options in place, the trailers were sold at auction.  The last Woodlawn Court trailer was towed away in 1958.