Sometimes, it’s not such a happy message to departments when they are told it is necessary to clear out a storage area or prepare to move to new space. But — and I’ll try to control my glee here — it is our department that oftentimes benefits. 🙂

Such an instance happened recently when the Department of Theatre and Drama tackled some cleanup. The department is already well-represented in our collection, as we hold records of the department spanning 1925-2007, records of its High School Institute (1959-1973), and the personal papers of some of its prominent faculty such as Lee Norvelle and Hubert Heffner. But there’s usually more lying in wait in some storage room and sure enough, we received 25 additional boxes of production and administrative files along with some pretty fabulous pieces from the Showboat Majestic.

Built in 1923 and under the ownership of Indiana University from 1960-1966, the Majestic provided students with a unique opportunity to spend the summer extending their acting skills through performances before an ever-changing audience. The showboat’s student crew members were responsible not only for putting on shows, but also for a range of work on board the boat — from helping to prepare meals in the galley to literally swabbing the decks.

The beautifully weathered sign above, which now adorns the Archives reading room, was proudly displayed on the front of the Majestic between 1962 and 1965. Determined to verify this, our Curator of Photographs tracked down an image that would confirm this without a doubt: Oh, are you not so sure? Take a gander at this detail of the sign: 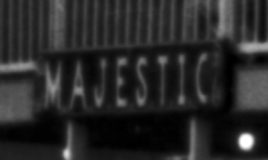 It is blurry and at an awkward angle, to be sure, but at each end you can see the swirls that are reflected in the sign now in the possession of the Archives. 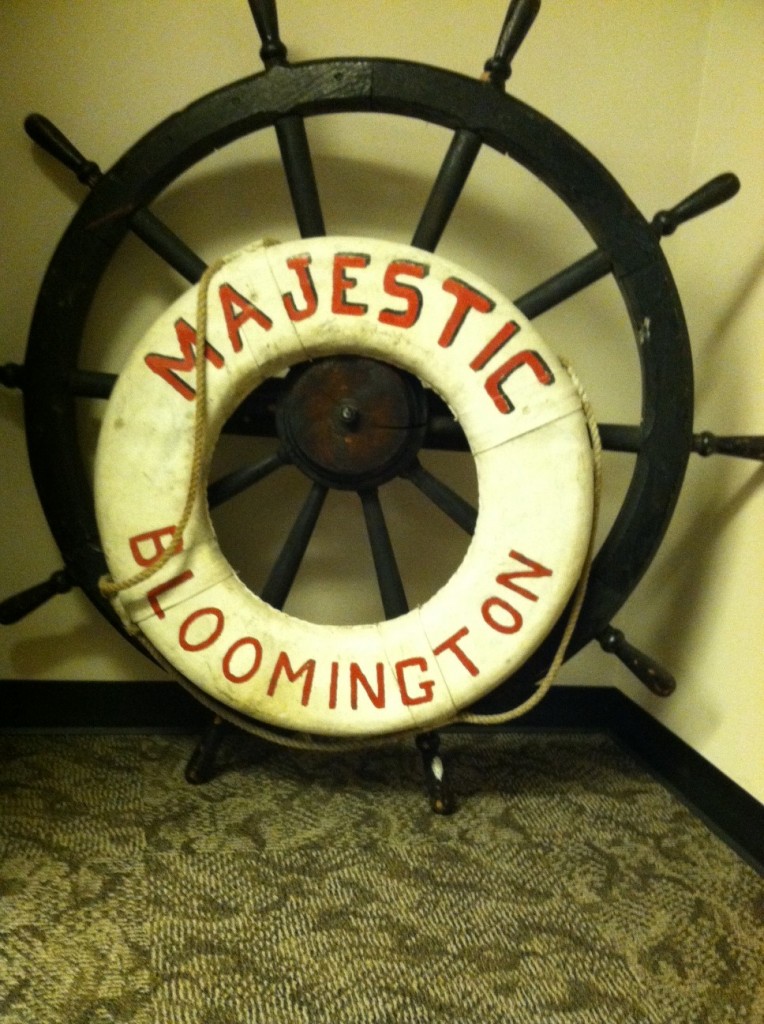 In addition to the sign, Theatre & Drama also transferred the wheel and a life preserver from the ship, which are now on display in our reception area.

Indiana University sold the showboat to the city of Cincinnati in 1967, as it had fallen in disrepair beyond the reaches of available funding. Now a National Historic Landmark, the original Majestic is docked on Cincinnati’s riverfront and is currently running the final show of the summer, the Showboat Follies. At the conclusion of this run, after 23 years Cincinnati Landmark Productions will move from the theatre on the water to the Covedale Center.