In 2006, the Indiana Memorial Union gallery underwent major renovations, moving the IMU Outfitters and adding the Starbucks. In the midst of construction, workers came across a very interesting find inside one of the walls: 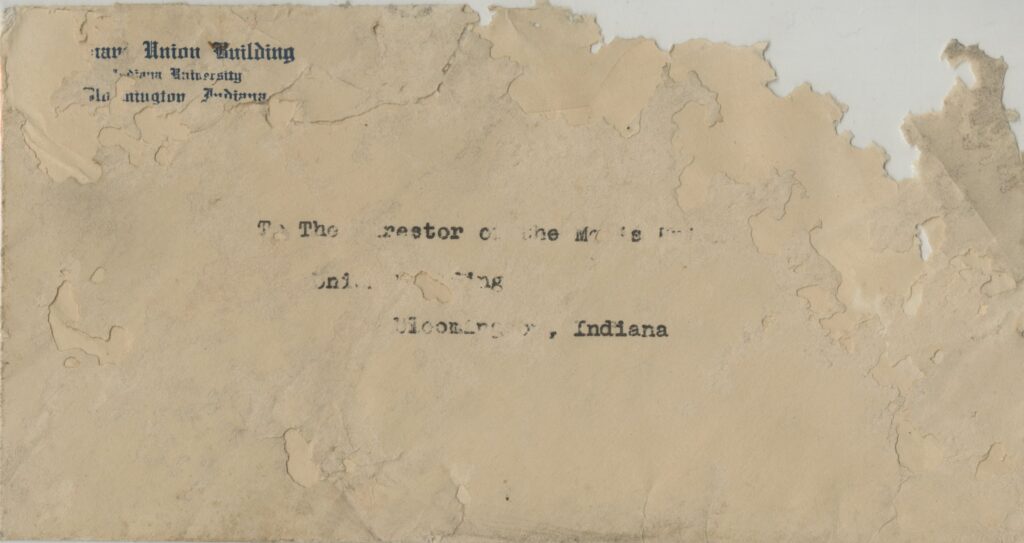 The mice enjoyed snacking on this letter found in the IMU walls during a 2006 renovation and addressed to the Director of the Union Building.

Student Emerson K. Elkins worked as a page at the IMU Hotel as a student in the 1930s. On the morning of January 15, 1939, he apparently had a bit of downtime and decided to make his mark by shooting off a quick a letter and depositing it, along with a Coke bottle, hotel keys, and a few other various items into an open wall where renovations were taking place.

His letter, written in a chatty tone “for no particular reason,” gives some indication of what was on the mind of college student in 1939, which included Hitler, the World’s Fair, and Hollywood’s big news that finally! Scarlett O’Hara has been found in a Miss Vivien Leigh! 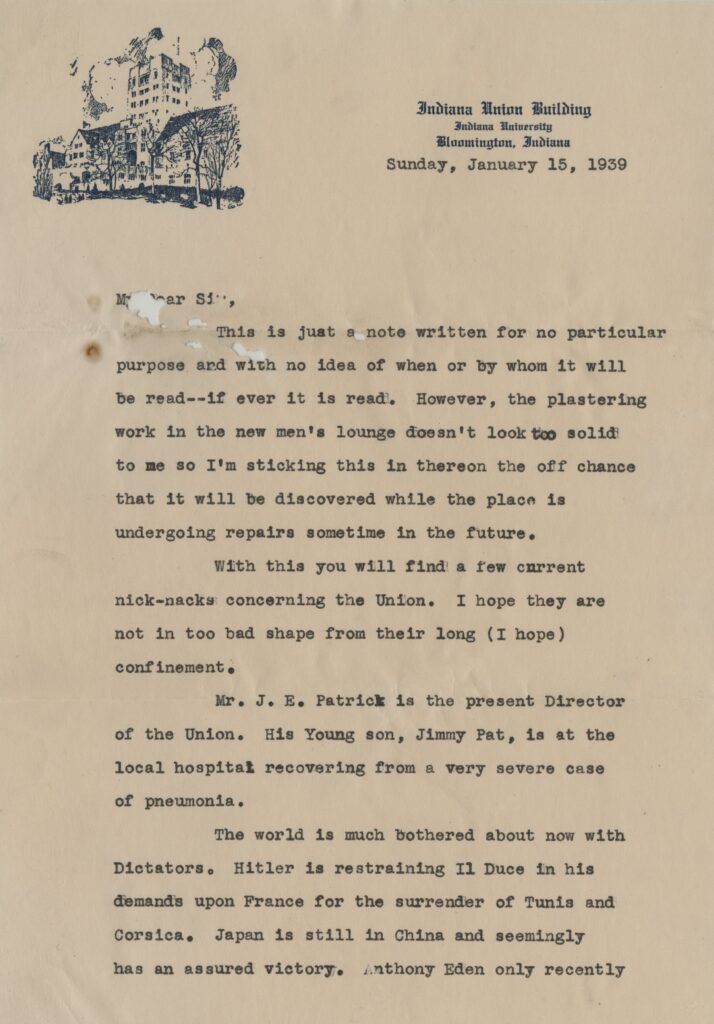 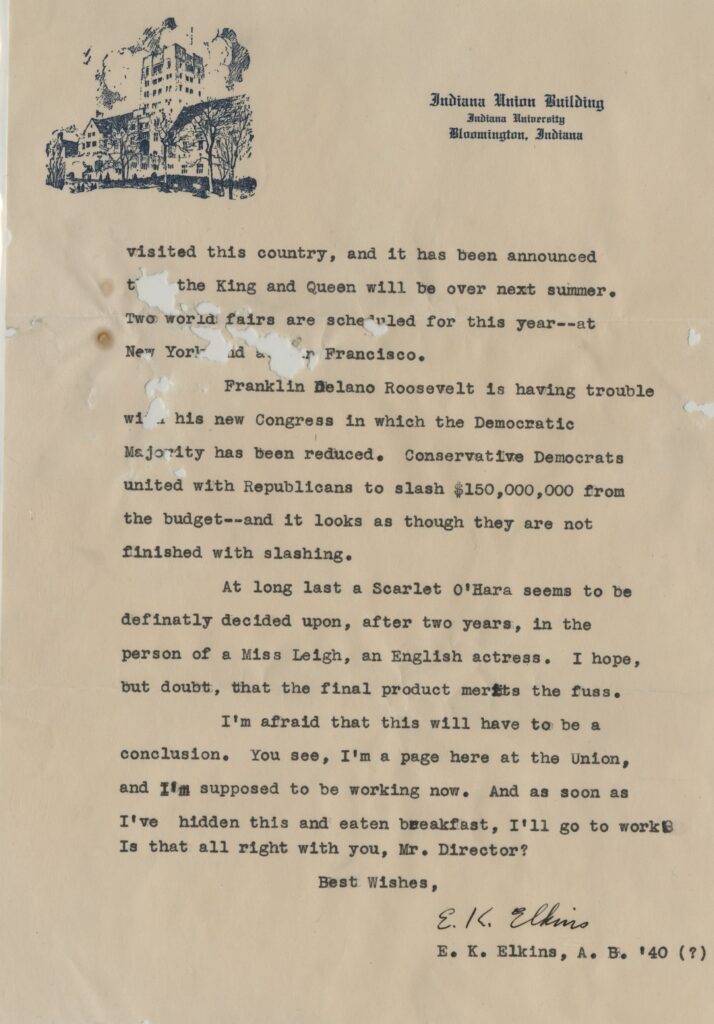 When discovered, this local story generated interest throughout the country. Not much was known about Mr. Elkins until his niece stumbled across the story in the newspaper. She immediately contacted the University and filled in some gaps for her uncle’s alma mater (IDS story and here).

Before the walls closed, then-Public Relations Director for the Union Board, Emma Cullen, who had also served a page for the hotel, was asked to place her own time capsule for the next generation to uncover.