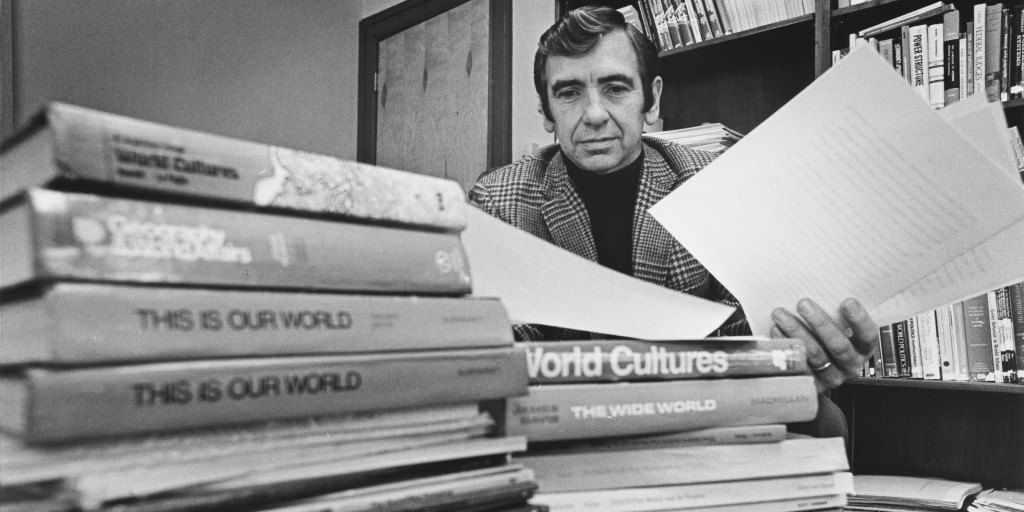 Howard Mehlinger began his life-long career in the Indiana University School of Education in 1965. With an eye to research, his academic career focused on investigating social studies education practices and curriculum, rather than serve as a full-time educator himself.  In addition, he served as Dean of the School of Education from 1981 to 1989 and helped to establish the Center for Excellence in Education, of which he served as director beginning in 1993 and well into his retirement.  Among the various projects and areas he focused on, two subjects dominated his career. 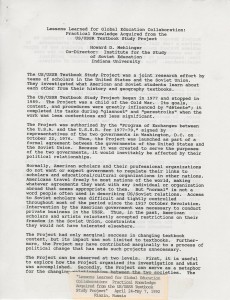 From 1977 until 1989, Dr. Mehlinger was heavily involved in what was named the US/USSR Textbook Study Project.  This project looked to compare the two nations and their interpretation of history as it was affected by nationalist and political sentiments of the time period and to work towards creating a more uniform, globalized representation of history.  Well represented in his papers, this portion of the collection includes reports, trip itineraries, notes on meetings with Soviet officials and scholars, ample correspondence, and speeches.  The reports and findings touch on issues such as curriculum, Perestroika, and the Ministry of Education, which IU had a particularly favorable relationship with at the time.  For Mehlinger and other researchers, the project came to a head when United States and Soviet relations eventually became too marred by the Soviet-Afghan War and the slow collapse of the communist government in the Soviet Union. While Mehlinger did not end the project entirely, his involvement with it tapered off in the early-to-mid 1990s.  However, he continued to research Russian education throughout his remaining tenure at IU and into his retirement.

Another area of study Professor Mehlinger focused on was technology in education.  This area of research became a major interest of his in the late 1980s and continued throughout his retirement in the 2000s as he became a private consultant for various advisory groups and school districts.  Of particular interest to him were long distance education, instruction, and communication using computers and two-way audio-visual devices.  Mehlinger worked to make IU a forerunner in educational technology through the use of technology in the classroom.  Mehlinger’s papers include numerous articles he wrote on the subject and reports he generated for various consulting positions.