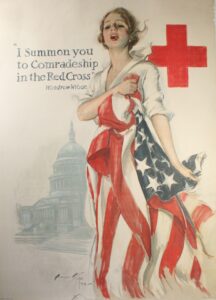 Before the onset of the First World War, the Red Cross was still a small organization, with only some 17,000 members. The outbreak of war in Europe in July of 1914 created an unprecedented need for civilian aid as the war brought a level of suffering and destruction unknown in previous wars. Membership in the Red Cross increased dramatically during the course of the war, and by 1918, the organization had 20 million members. In addition, $400 million in aid was raised by the American public. Because July 28th of this year marks the 100th anniversary of the start of World War I, we thought that it would be appropriate to share some of the World War I materials found in our collections.

An 1887 graduate of Indiana University, Ernest P. Bicknell was born on February 23, 1862 in Vincennes, Indiana. He spent his first six years after graduation working in the newspaper business in Indianapolis followed by serving as a secretary for the Indiana Board of Charities. In 1906, while working as the director of the Chicago Bureau of Charities, Bicknell was called to aid the Red Cross in San Francisco, California which was devastated by earthquake and fire and many were in need of charitable relief. This event led Bicknell to twenty-seven years of service to the American Red Cross.

His work in San Francisco was admirable and almost immediately he was offered the newly created post of National Director of the Red Cross. He initially declined because of concerns that the Red Cross was still a young organization with few resources, but in 1908 he accepted after his salary was guaranteed for five years through the Russell Sage Foundation. This assignment was followed by several years as the director-general for civilian relief.  With the outbreak of World War I in 1914, Bicknell traveled to Europe to direct several relief and aid efforts. He served as Deputy Commissioner to France, Commissioner to Belgium, and Special Commissioner to the Balkan States, as well as serving as a member of several international relief organizations. While working in Belgium, he was given the military title of Lieutenant Colonel. 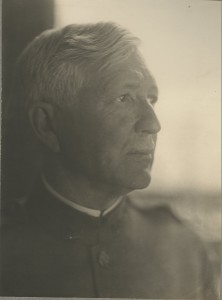 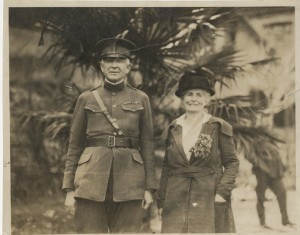 He then moved on to serve as Director of the Rockefeller Foundation War Relief Committee, which sought to aid non-combatants who had suffered due to the war. Additionally, he also periodically worked for the Office for Insular and Foreign Operations, finally becoming the Vice Chairman in April of 1923.

Bicknell’s commendable humanitarian work earned him numerous distinctions and awards of service from the countries he aided. 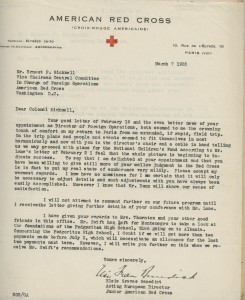 Ernest Bicknell passed away in September of 1935 of heart complications and was buried in Crown Hill Cemetery in Indianapolis. In his honor, State Road 159 from Bicknell to Freelandville in Knox County, Indiana, is officially known as the “Ernest P. Bicknell Highway.” One note of condolence said of Bicknell that “his life was spent in service to his fellowmen.  His admirable qualities won him a host of friends all over the world.”

If you’re interested in learning more about this fascinating man and his work with the Red Cross contact the IU Archives to view the Ernest P. Bicknell papers.