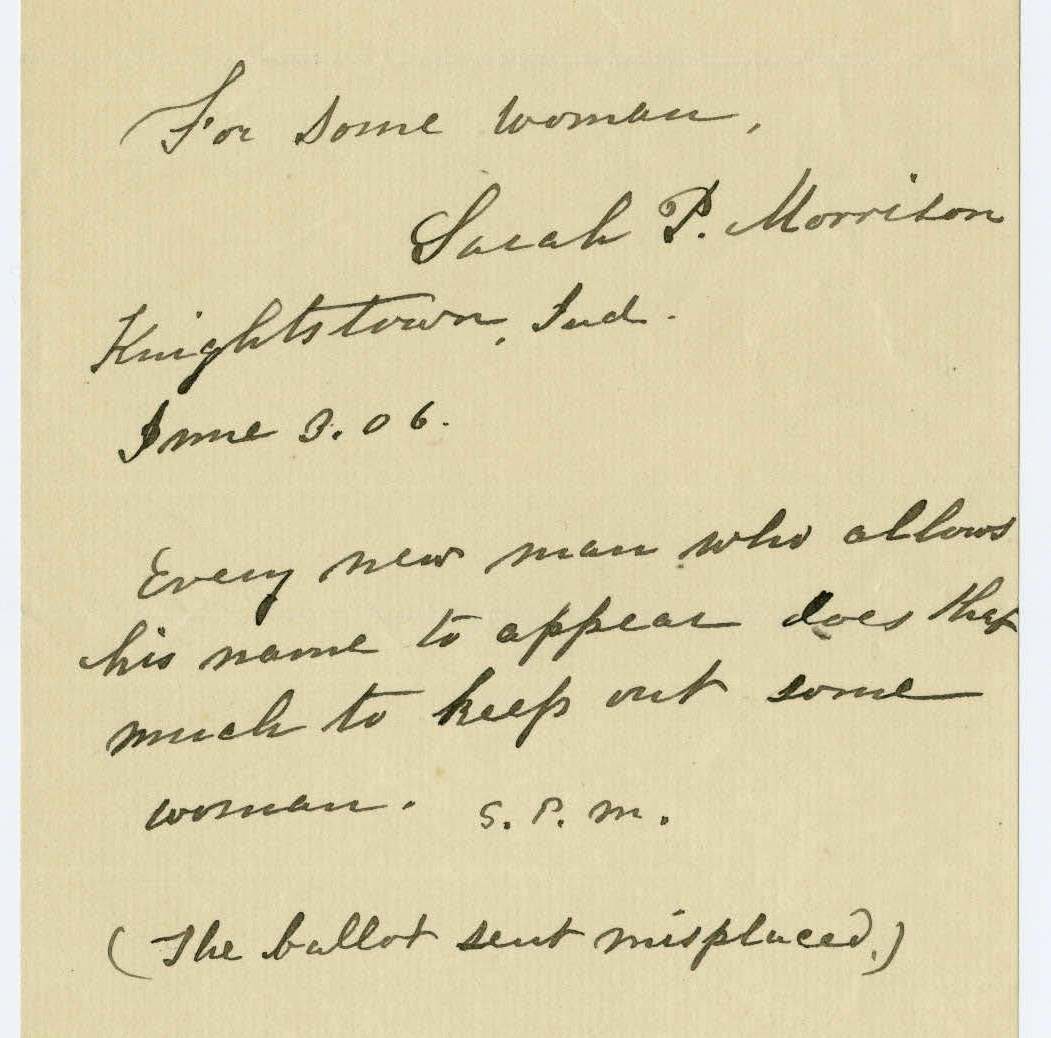 If you have heard the story about IU’s first coed, Sarah Parke Morrison, sending in her Trustee ballot marked “For some woman” and thought it was just old university folklore, here you go.

Dated June 3, 1906, Sarah, who entered as IU’s first female student in 1867, mailed in her replacement ballot with the note, “For some woman. Every new man who allows his name to appear does that much to keep out some woman.”

There are no women appearing on this year’s ballot but nonetheless, if you are an alum, it is important to get that vote in!