IU Professor David G. Frey’s papers recently opened to researchers at the IU Archives. Hired as Professor of Zoology in 1951, Dr. Frey taught in Bloomington until 1986. Dr. Frey was a specialist in limnology (acquatic ecology) and an authority on the Cladocera (water flea) . At IU, he established a laboratory containing over 10,000 specimens (now housed by the Smithsonian in the Museum of Natural History).

In addition to his teaching and research at IU, Dr. Frey was active in several national and international limnological organizations. Due to his involvement, which included serving as president of the American Society of Limnology and as executive vice president of the International Association of Limnology, he traveled extensively to attend conferences and to conduct research on lakes around the world.In all, he visited forty-four countries across six continents. (He never made it to Antarctica.)

Photographs and postcards from some of his travels are included in his collection at the Archives.

Dr. Frey traveled to Hungary in 1967 to attend the first International Symposium on Paleolimnology. During the Symposium, the attendees visited Tihany, a village in Hungary on the northern shore of Lake Balaton.

A view from Lake Balaton of the village, Tihany, and a Benedictine abbey (top of the photo).

A view of Lake Balaton in Hungary.

In 1962, Professor Frey visited the USSR as part of the National Research Council exchange with the Soviet Academy. He spent most of his time in Borok, Russia, a small, protected area in the southwestern portion of the country. Heavily forested, Borok is home to a variety of birds, including a colony of grey herons, and raccoon dogs. Visits to the region are limited to fishermen, hunters, and scientists. 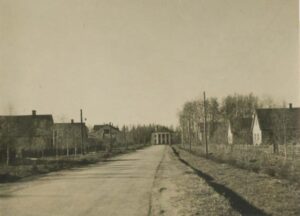 Main Street of the small community in Borok. 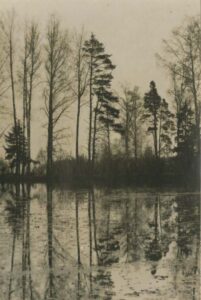 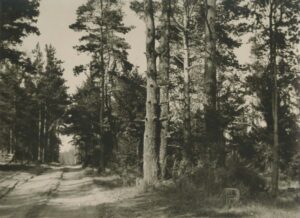 In 1953, Dr. Frey won both a Fulbright and Guggenheim award giving him the opportunity to study lakes in Western Europe and Austria. (He won the Fulbright again in 1985 to teach in Ireland.) 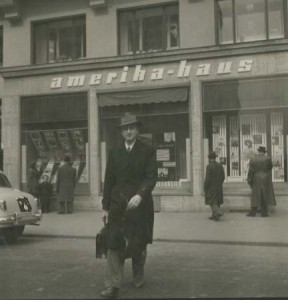 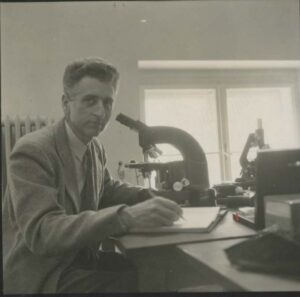 To see the rest of the photographs or to learn more about Dr. Frey’s travels, contact the University Archives. The Frey Papers also contain his published articles and research notes.