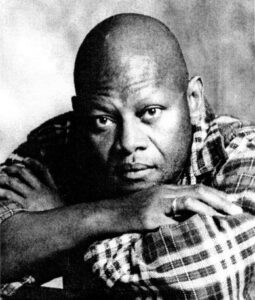 Born just eight years before the Civil Rights Movement began in 1954, Leon Pettiway grew up in a racially segregated Durham, North Carolina.  He started his academic career at North Carolina University in Durham under Dr. Theodore Speigner, one of the few African Americans in the nation with a doctorate in geography.  From there he moved northwest and obtained his master’s in sociology from the University of Chicago in 1976.  Continuing his interest in geography, he attended the University of Wisconsin-Madison and received his Ph.D. in 1979.  A devoted scholar, he contributed numerous studies to the field of criminology.  In his initial research, he focused primarily on the felony of arson and progressed into the study of urban lifestyle, specifically of drug-using criminal offenders.

A grant awarded to him by the National Institute on Drug Abuse (NIDA) in 1989 to study drug use and the spatial patterns of crime generated such scholarship. In what became known as the “urban lifestyles project,” Pettiway made significant contributions to the field of criminological research.  His study involved both a quantitative and qualitative approach to data collection, an innovative approach to crime research. His research material, including surveys, interviews, and data, can be found at the archives. In his research, he employed the assistance of former offenders and recovered drug users to conduct interviews of active drug users and offenders in North Philadelphia.  What resulted from his work was a series of publications: “Participation in Crime Partnerships by Female Drug Users: The Effects of Domestic Arrangements, Drug Use, and Criminal Involvement” (1987), “The Drug and Criminal Activities Patterns of Urban Offenders: A Markov Chain Analysis” (1994), and “Copping Crack: The Travel Behavior of Crack Users” (1995). 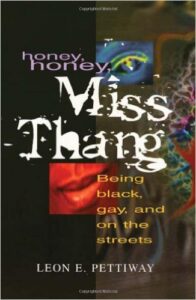 Pettiway also published two books based on the life-history interviews recorded during the time he was in Philadelphia.  The works Honey, Honey, Miss Thang: Being Black, Gay, and on the Streets (1996) and Workin’ It: Women Living through Drugs and Crimes (1997) each gained Pettiway national recognition for being one of the first to observe how race, class, and gender intersect and influence the criminal behavior of urban individuals.

During this time, Pettiway also devoted time to teach at both the University of Delaware (1985-1994) and Indiana University (1994-2012).  At I.U. he applied his experience to teach courses on urban crime patterns, drug use and criminal behavior, theories of crime and deviance, and quantitative methods.

His later career has been inspired by his conversion to Buddhism and his position as a fully ordained Tibetan Buddhist monk.   In his upcoming work, Unraveling the Endless Knot of Deceptions: Afrocentric Reflections on Race, Crime, and Justice in the Construction of Criminological Thought, he combines features of Buddhism and Afrocentric worldviews :  In his journey from North Carolina to Indiana, a place where he has taken root, it is evident that he has influenced the members of his field, as well as his students, the future criminologists.

In 2014, Dr. Pettiway deposited all the research related to the urban lifestyles project to the University Archives. A finding aid is now available; contact the Archives for further information!