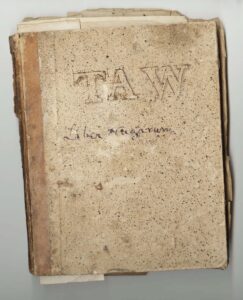 Theophilus A. Wylie is a prominent and fascinating character in the early history of Indiana University. Theophilus was the cousin of Andrew Wylie, the first president IU, and he first came to Indiana in 1836 as a professor. Over his many years here, Theophilus served the University in a great many capacities including professor, librarian, superintendent of buildings and grounds, interim president (twice), and finally, professor emeritus. He was a teacher, an orator, a pastor, a chemist, a physicist, a Greek scholar, a photographer, a tinkerer and inventor, an astronomer, an artist, and in many ways, a Renaissance man. 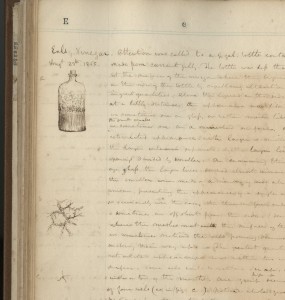 His many activities are recorded by his prolific note-keeping. The Theophilus A. Wylie papers in the Archives holds 18 of his diaries, 11 research notebooks, correspondence spanning 1830-1895, and several other writings and drawings. The collection is chock full of all kinds of information and his style of writing makes it all the more interesting! The margins of his notebooks are filled with doodles, phrases in Latin or Greek, scientific sketches, and complex equations. Sometimes these were simply quotations in their original language but other times, he used the languages to encode more private parts of his writing (often, his opinions of others).

Excerpt from T.A. Wylie’s diary with a portion written in Greek.

He often annotated his writings and drawings in later years, penciling in notes about his memories of the writing, when it took place, what had followed, etc. Here he notes that the stain on a diary is the result of an “ink upset Monday August 14, ’85.” Near the center of the page, he added legs to an inkblot that resembled a body. 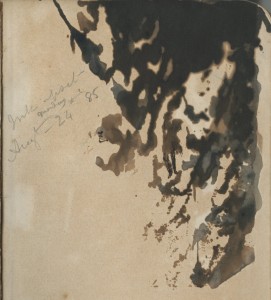 Like many in the Wylie family, Theophilus not only doodled in margins but also enjoyed sketching in his free moments: 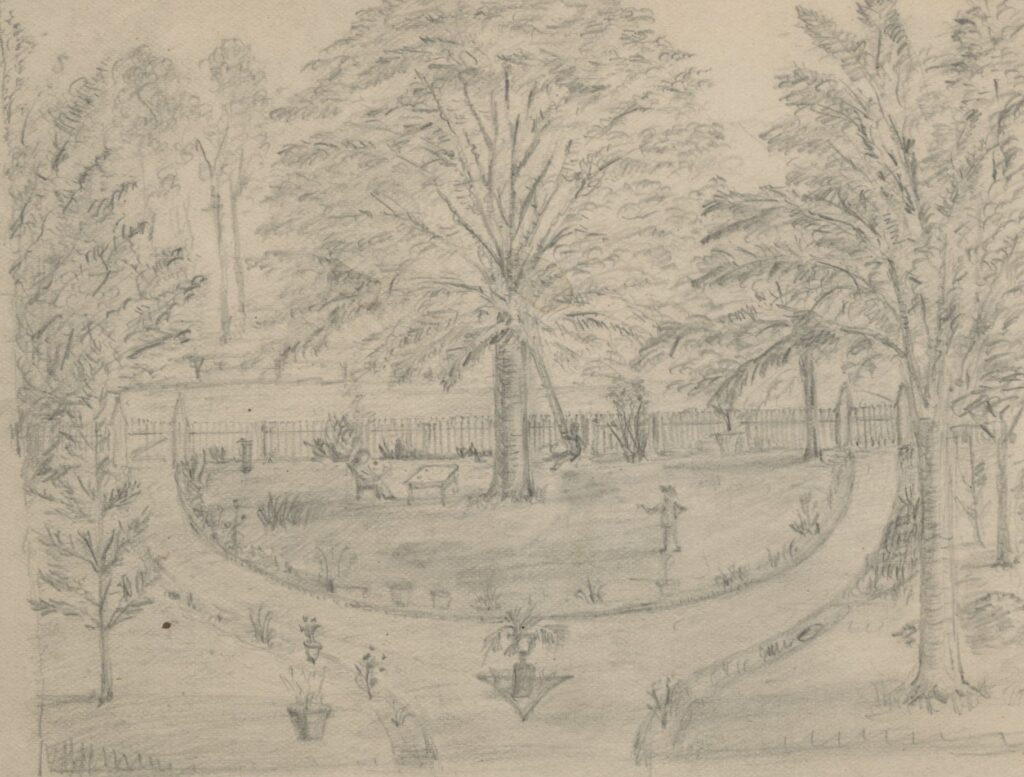 Scene in the front yard of the Wylie home, which is now Indiana University’s Wylie House Museum 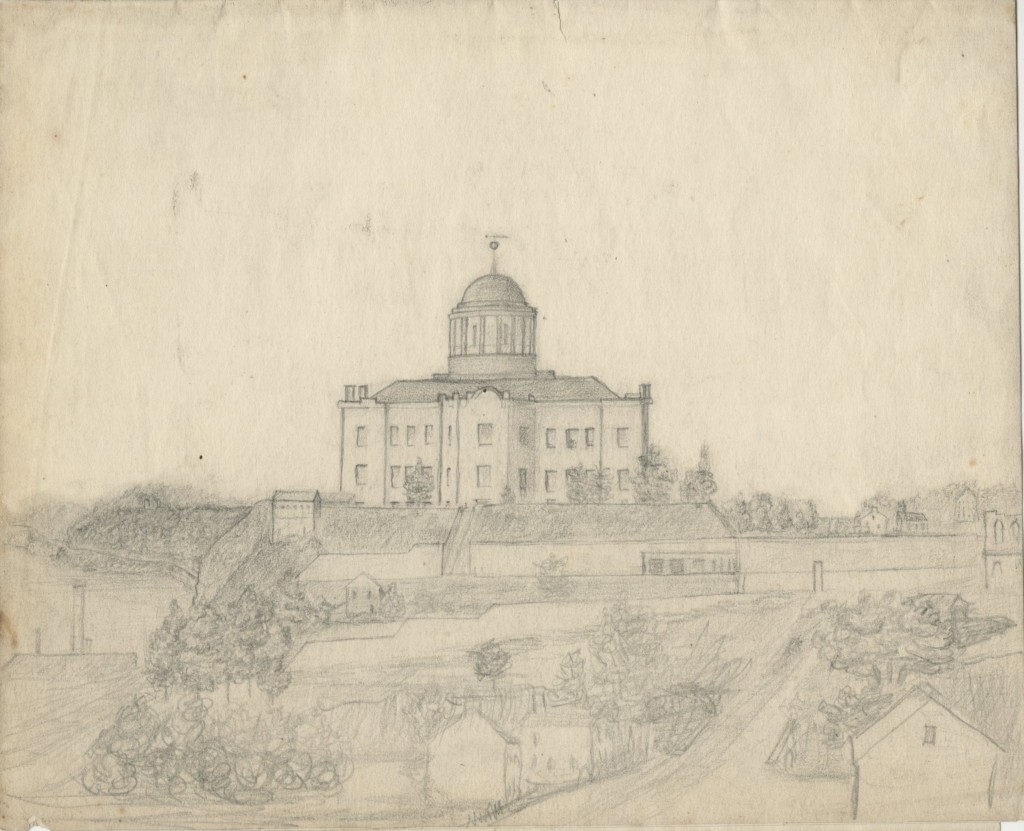 There is SO MUCH to discover in the Theophilus A. Wylie papers! For more information about the man himself, the online finding aid has a wonderful biography. For more direct experience with his papers, contact the Archives! Or, at the time of this writing, the collection is being digitized in its entirety and some may already be accessed via the finding aid!