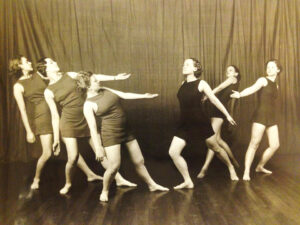 Indiana University’s Contemporary Dance Program dates back to 1927. Dancer Jane Fox, a graduate of Columbia University (NY), came to the IU campus as a faculty member with the intention of introducing “natural dance” to students. Though we know it to be its own department today, the Program first began as a part of the Women’s Physical Education department, under the supervision of the School of Education, which supported and funded it. Classes were held in the Student Building and in 1935, the first modern dance performing group, the Terpsichoreans, was organized. This group later evolved into the Modern Dance Workshop. 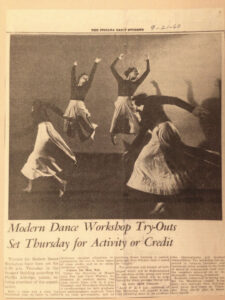 Jane Fox was not only a staunch defender of dance education but also worked to validate the art of dance to the campus in general. In her quest to gain a wide acceptance of modern dance as a legitimate art form and academic discipline, Fox garnered campus, community, and national support. She immersed herself not only into IU’s culture, but also became the Chair and Secretary of the Dance Section of the American Association for Health, Physical Education and Recreation (AAHPER), the head of the National Committee on Standards in Teacher Education in Dance, and frequently contributed scholarly writings to the Journal of AAHPER and The Dance Observer. Fox continued to defend the validity of the art form during her time at Indiana University, and soon the medium was well respected on campus. 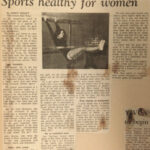 In 1949, the Dance Major Program was formed, and with continued support from Fox, as well as increased student enrollment, modern dance was soon seen as a legitimate part of the campus community and a respected academic discipline.

The Dance Major Program experienced tremendous growth in both enrollment and reputation from this time until the late 1980s, and had a successive number of coordinators to direct the Program including Dr. Jacqueline Clifford, Fran Snygg, Bill Evans, Vera Orlock, Gwen Hamm, and Dr. John Shea.

Despite their best efforts to keep students enrolled during 1988-1991, the School of Health, Physical Education and Recreation administration decided that a moratorium would be placed on the Dance program, effective May 1991. Students would be allowed to complete their Bachelor’s degrees in dance, but no new students would be accepted into the Dance Major Program. 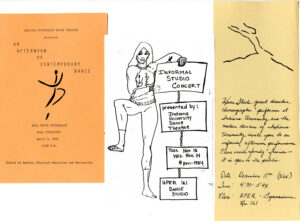 Despite this massive change, the professors and staff members committed to the role and mission of the program spent the next ten years (1991-2001) attempting to salvage the work they, Fox, and others had put forth during the last 60 years. 1991-2001 saw an increase in the number of students enrolled in the Elective Dance Program, which gave them hope for the future. Courses were expanded, students were surveyed, and the administration began to discuss the possibility of reinstating the Dance Major in 2004. Once all of the reinstatement procedures were determined and the curriculum revision had taken place, the fall of 2005 saw the first audition and admission of students to the Dance Major since 1991. 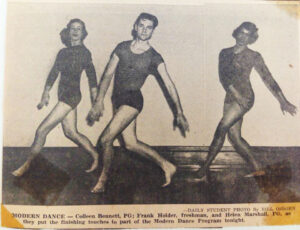 Today, the Dance Major Program is supported by 16 faculty and staff members. The program is based in modern dance, but students 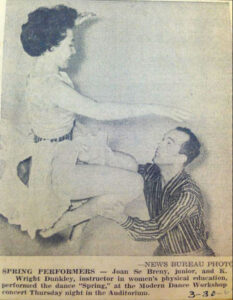 also study ballet and world dance forms, and can elect to study musical theatre, tap, and jazz. The Program boasts over 50 Dance Majors and 100 Dance Minors.