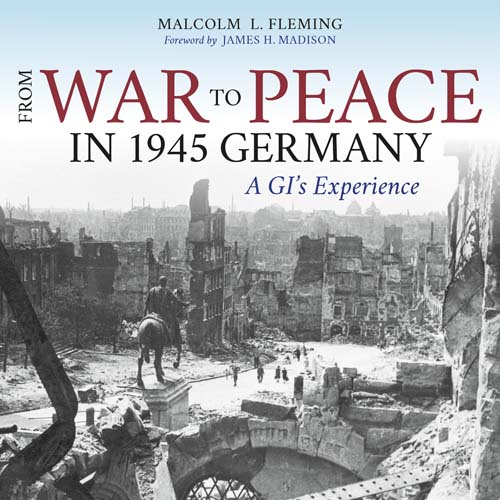 Fleming’s caption typed on reverse side of image reads, in full: “Ruins now lie at the feet of the iron figure of Kaiser Wilhelm. A German living in a nearby room amid the rubble showed me this viewpoint. Looking at it while I took the pic he said that Hitler had gotten what he’d been pleading for–total war.” July 9, 1945, Nuremberg, Germany.