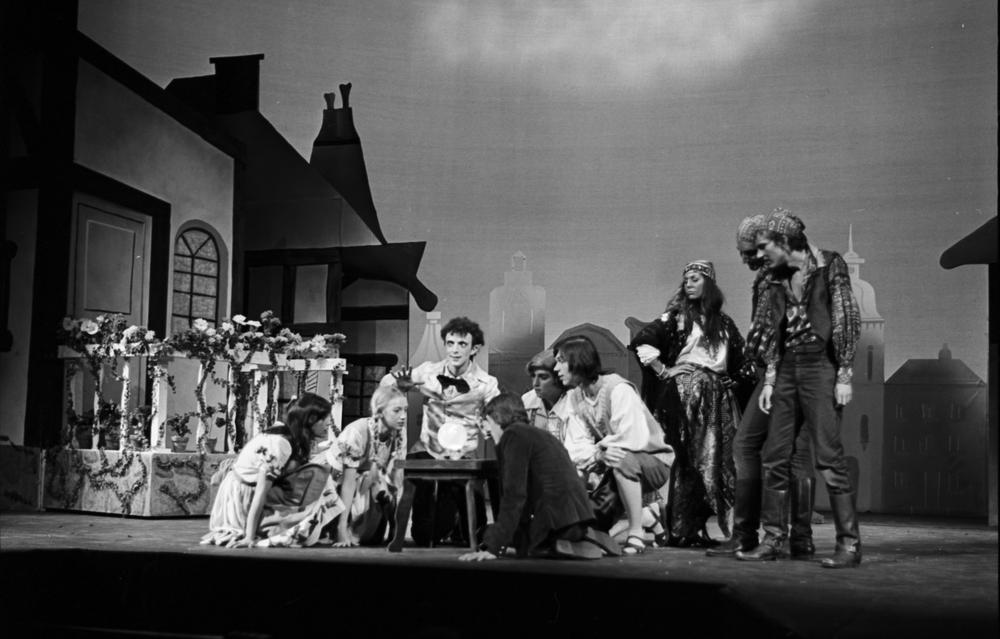 Howard Ashman graduated from Indiana University in 1974 with his M.A. from the Department of Theatre and Drama. He accomplished many creative achievements during his time at IU, including writing the screenplay and music for Hans Christian Andersen’s Snow Queen in 1973. A letter to Ashman from R. Keith Michael, Chair of the Department of Theatre and Drama, highlights some of his accomplishments as well as his stellar reputation in the department. 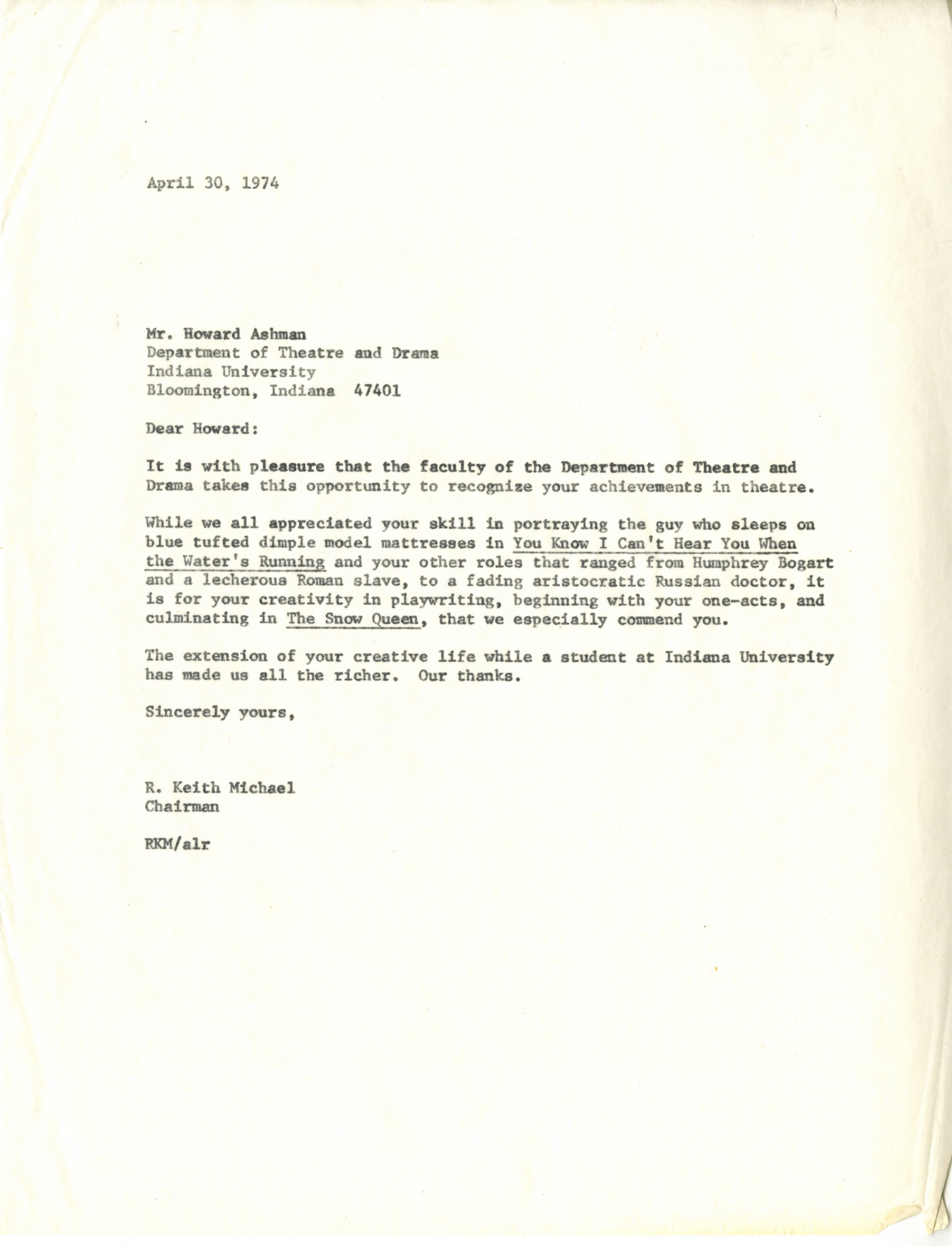 After his graduation in 1974, Ashman would not return to Indiana University until April 1987. He was invited to give a lecture and see a performance of Little Shop of Horrors produced by the IU Department of Theatre and Drama. 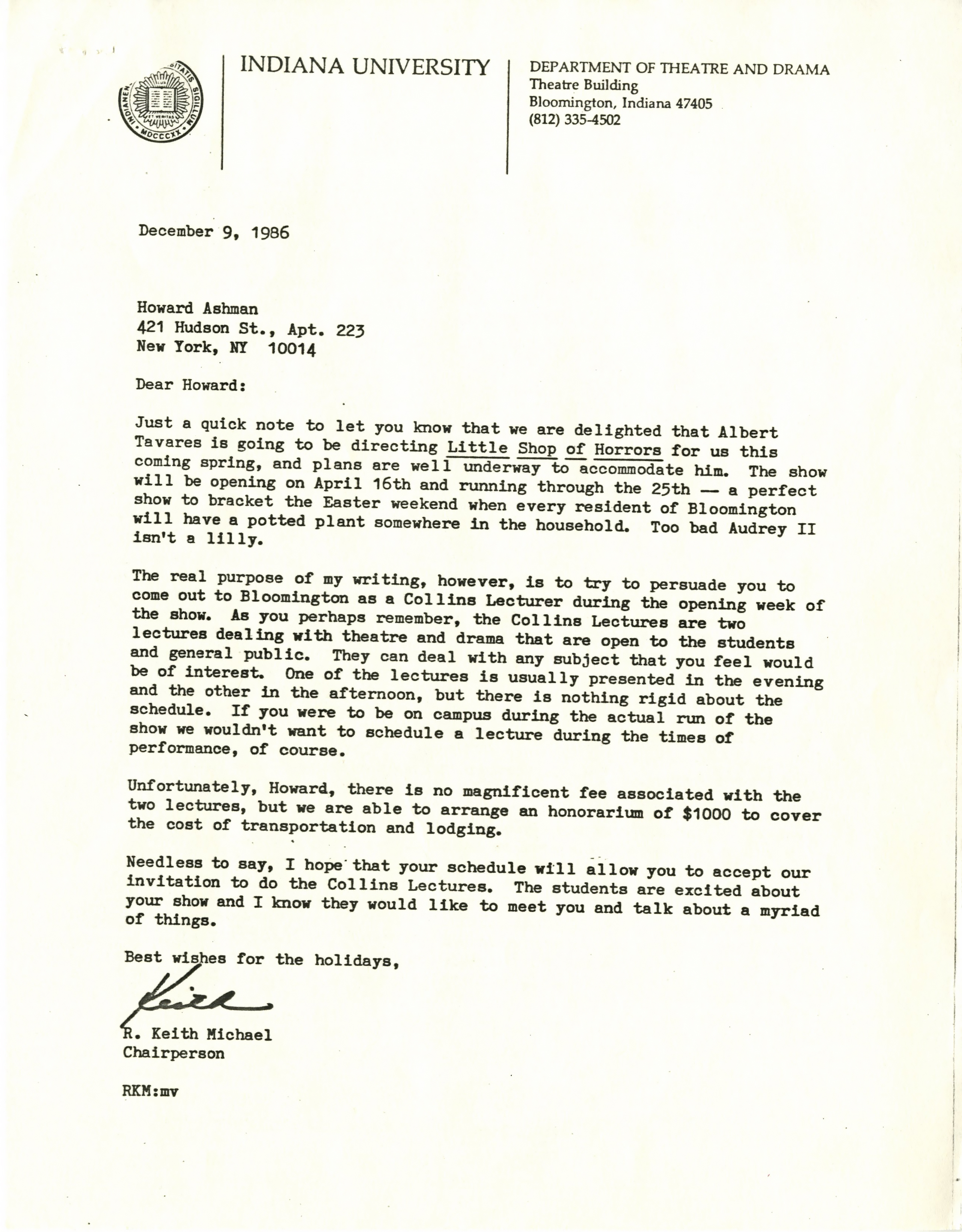 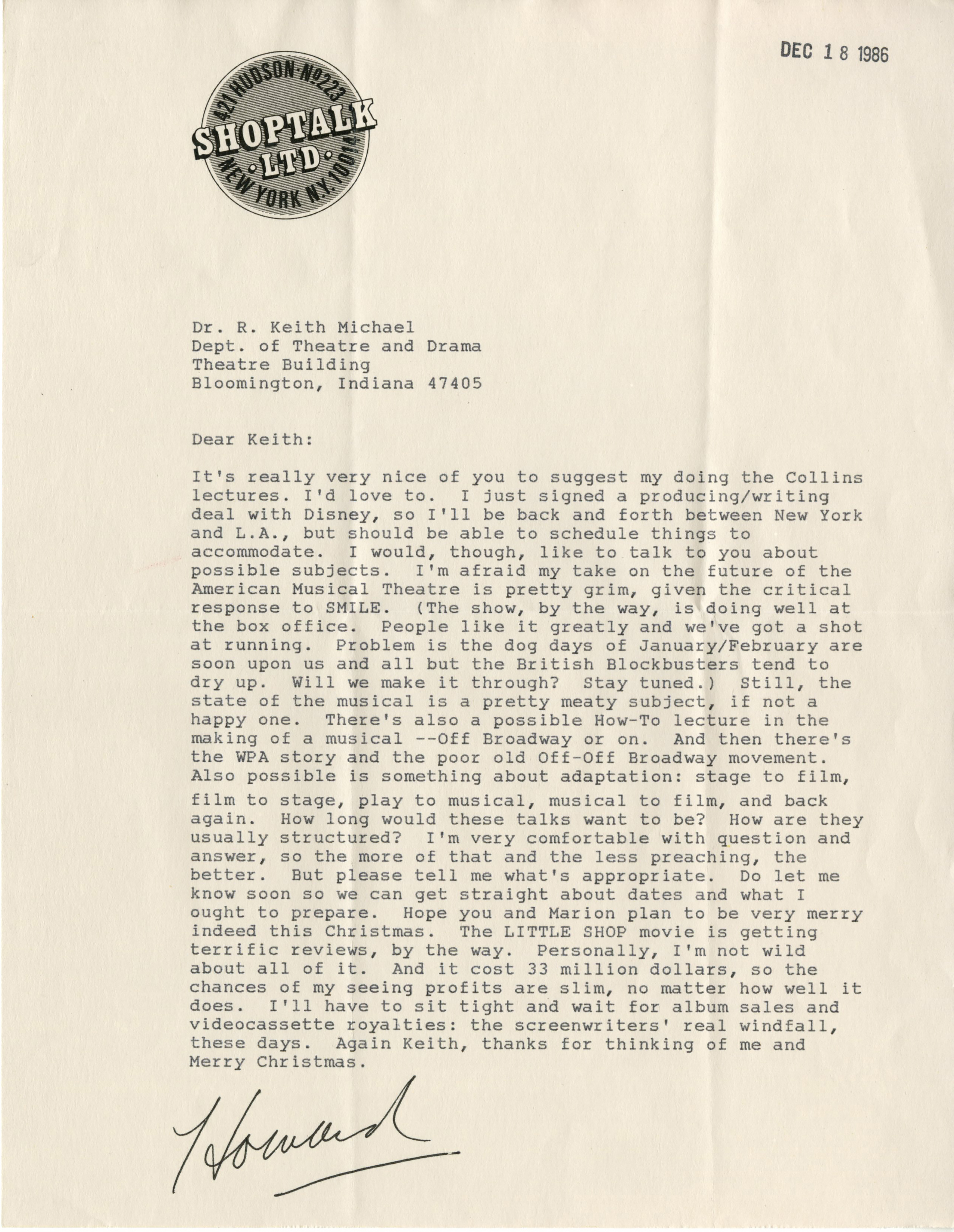 In April 1987, Ashman returned to the same stage he had been on in
1973 at Indiana University, saying it had been “Fourteen years and a lifetime.” He told the Herald-Times on April 19, 1987, “The distance between Bloomington and New York is a life-time. It’s been a very emotional thing for me to come back. I was an actor at IU, and I haven’t acted since I left here. But I have very intense memories of this place, and of the people who changed my life here. This building vibrates for me. There are ghosts here for me.” 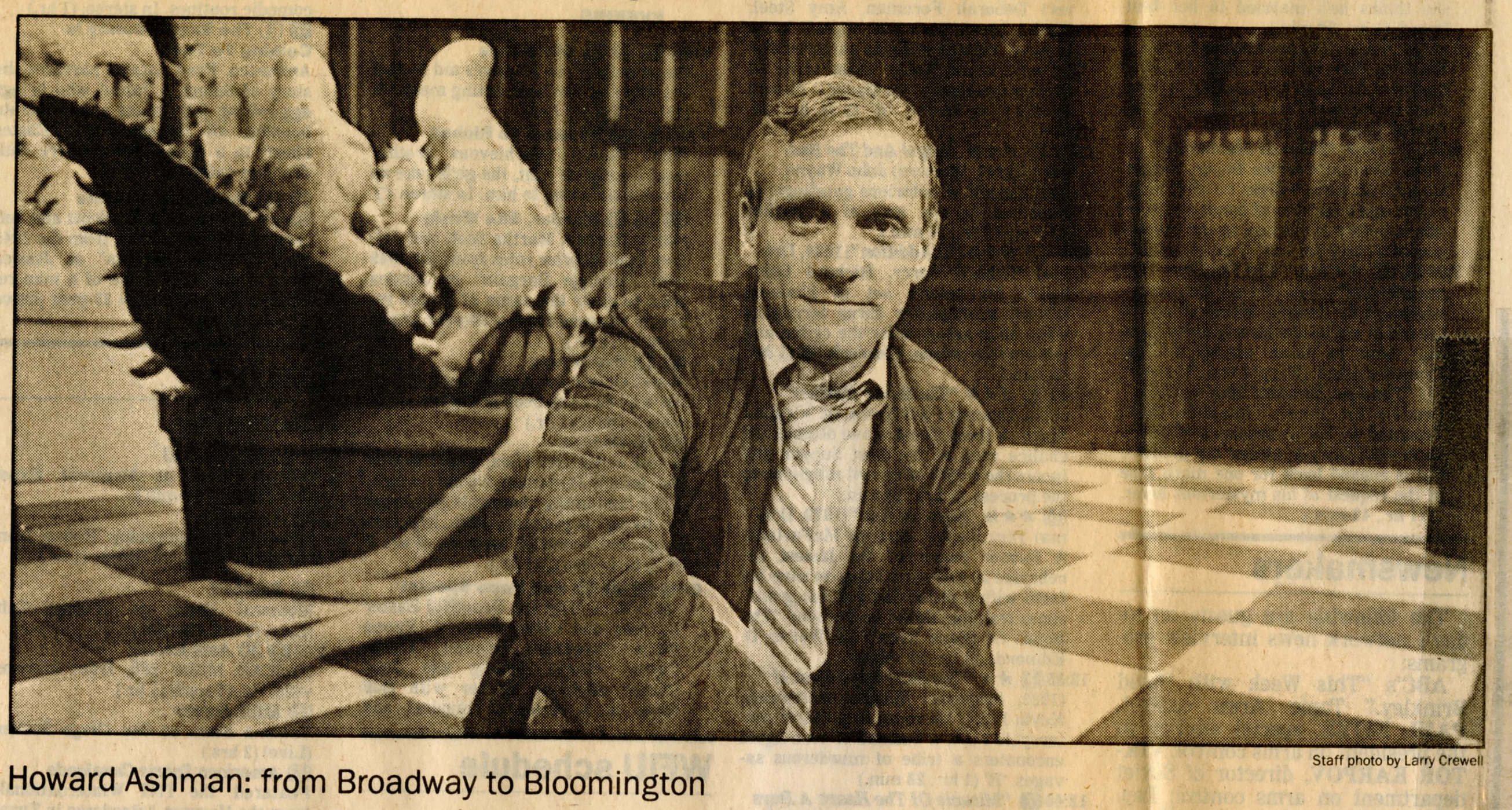 Photograph of Howard Ashman on the set of Little Shop of Horrors in the IU Department of Theatre and Drama. April 19, 1987. Herald-Times, Bloomington, Indiana. 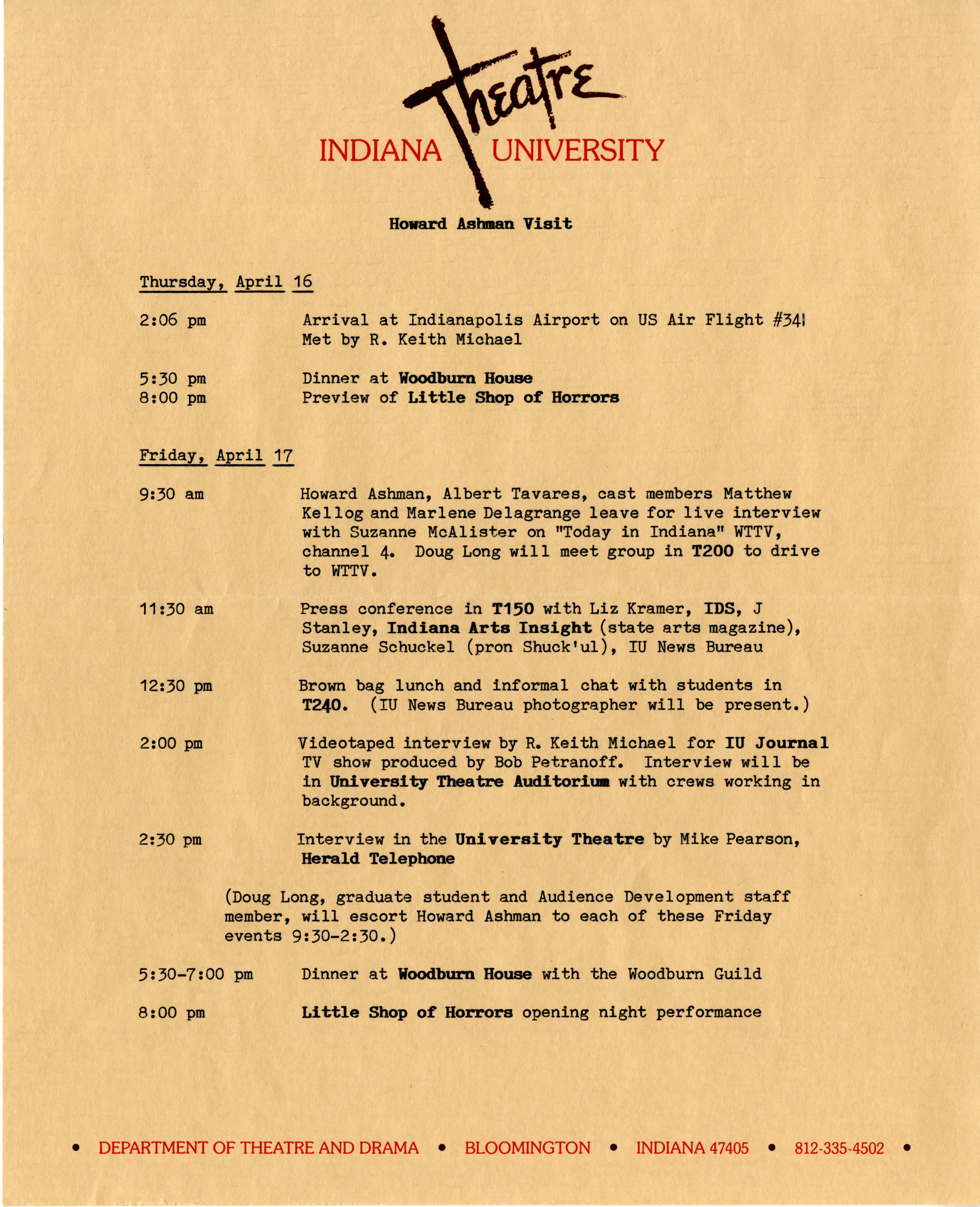 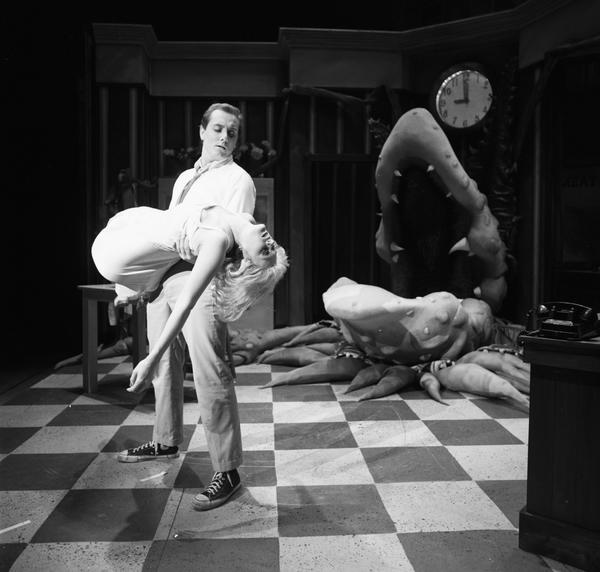 Howard Ashman passed away on March 14, 1991, shortly after completing his work on Disney’s Beauty and the Beast. While he passed well before his time, Ashman’s lyrics live on in some of America’s most beloved animated and theatrical characters. And for one brief moment in April 1987, he made IU part of his world.