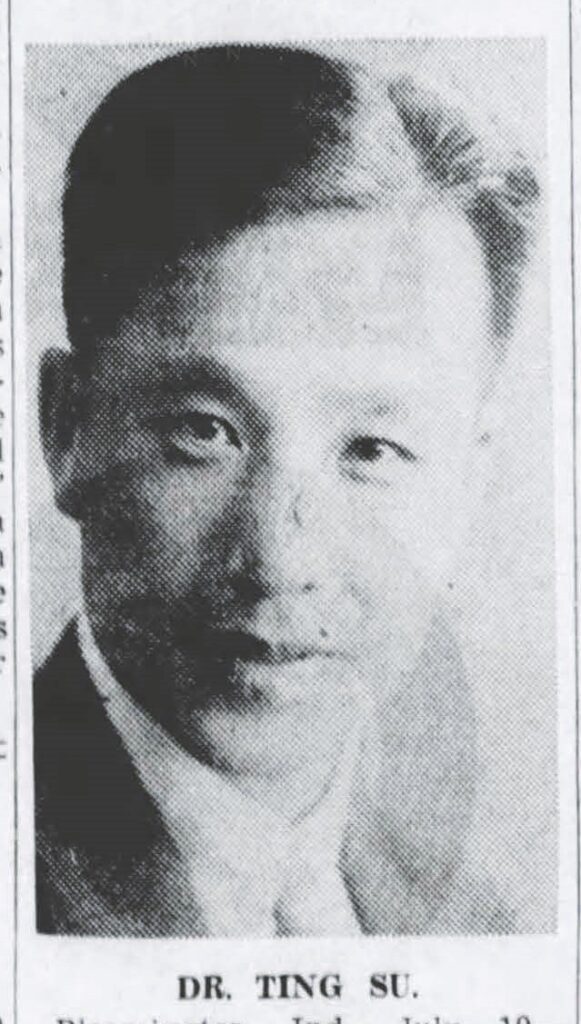 April 5, 1951, The Terre Haute Tribune: “China is the vanguard against Communist world aggression.” 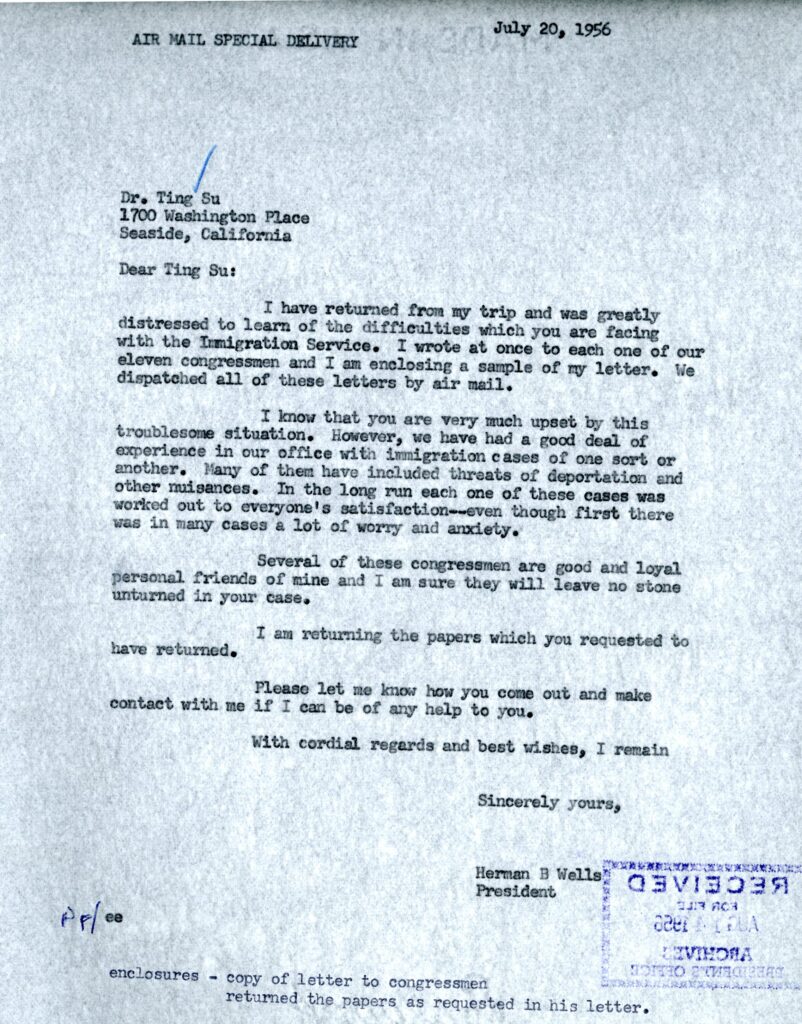 Letter to Ting Su from Herman B Wells: “Several of these congressmen are good and loyal personal friends of mine and I am sure they will leave no stone unturned in your case.” 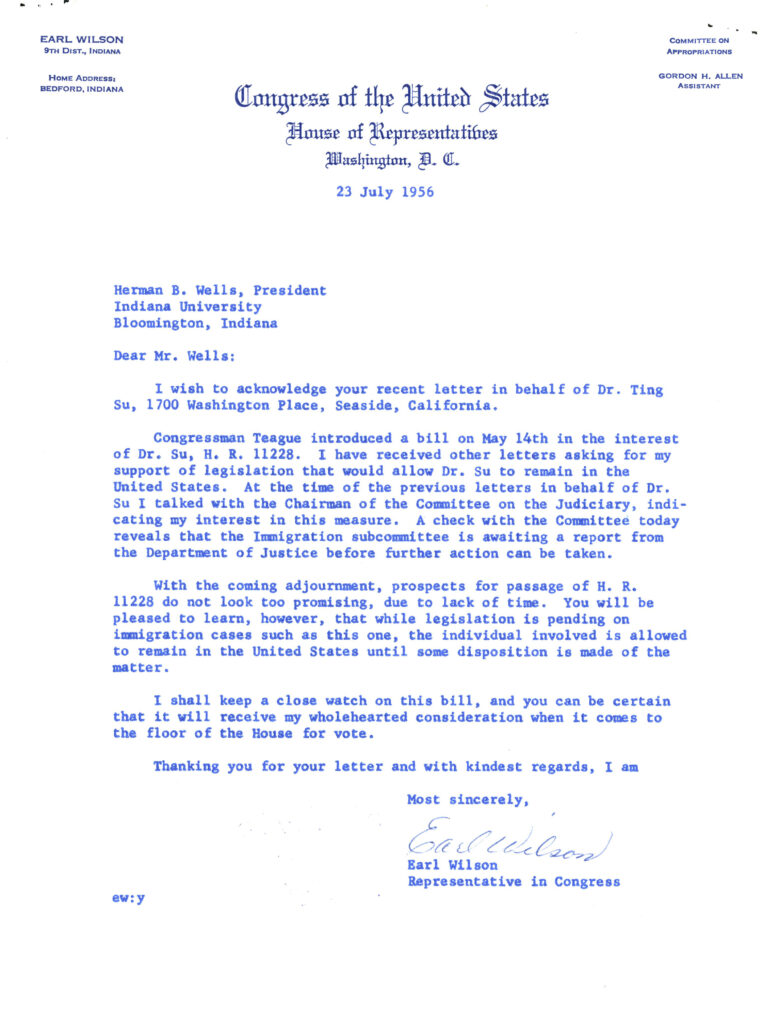 Letter from Indiana Representative Earl Wilson to Herman B Wells supporting a bill to prevent the deportation of Dr. Ting Su and his wife, Grace Yu Ying.