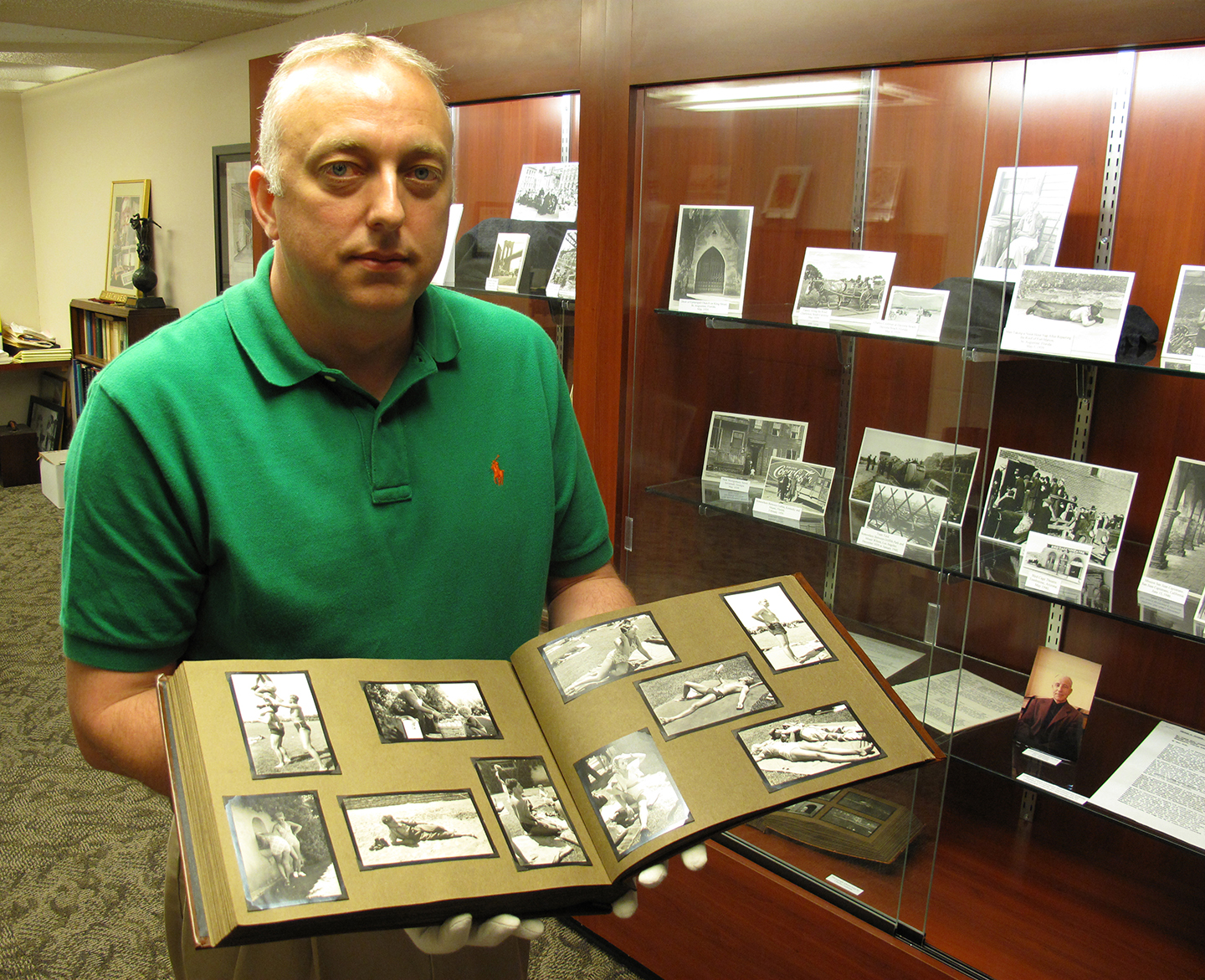 Educational Background: B.A. in History from IU; MLS with a specialization in rare books and manuscripts from IU

How he got here: Brad was working on his history degree and decided to visit the Archives to see if they had any materials on is grandfather who graduated from IU in 1939.  He had not previously thought of archives as a potential career, but he knew that he wanted to pursue a career in the field after this visit.  He filled out an application and started working part-time as a student assistant.

Favorite item in the collection: His favorite photograph is the one shown here of the IU football team in the locker room after winning IU’s only undisputed Big Ten football title in 1945. 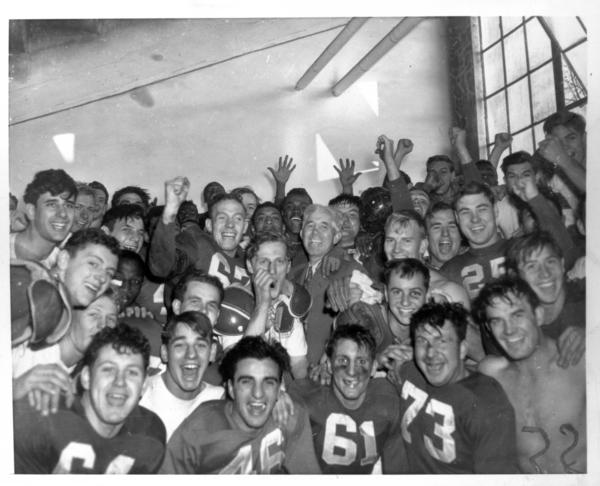 Current projects: Brad is helping the Athletic Dept. finish their branding of the newly-renovated Assembly Hall by locating and providing photographs.  He is also working with a producer who is putting together a documentary about IU’s 1975-1976 basketball team, the last team in college basketball history to go undefeated and win the national championship.

Favorite experience in the IU Archives: Acquiring the photograph collections of Will Counts and Dave Repp