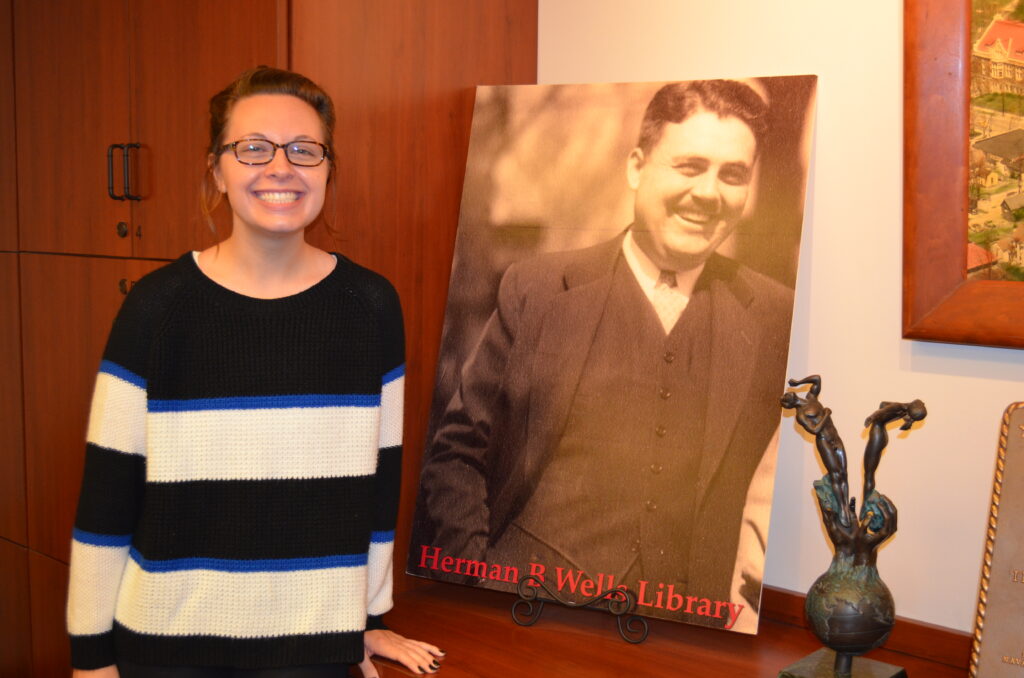 Role: Graduate Assistant at the IU Archives working on the Indiana University Bicentennial

Educational Background: B.A. in History from Purdue University; current M.L.S. student with a specialization in Rare Books and Manuscripts

Previous Experience: Hannah worked in the Archives and Special Collections at Purdue University for two years as an undergraduate assistant for the Barron Hilton Flight and Space Exploration Archives.  In addition, she spent one summer at the Indiana State Library through the Rare Books and Manuscripts Division. This past summer, she worked with the Loan Archives at the Smithsonian National Air and Space Museum in Washington, D.C.

Hannah says working in the Purdue Archives was “the highlight of my undergraduate degree program.  The experiences I had and the people I met ultimately helped me decide on my future career path.  As such, I was greatly interested in working in a similar environment that could teach me even more about working in an archive.” 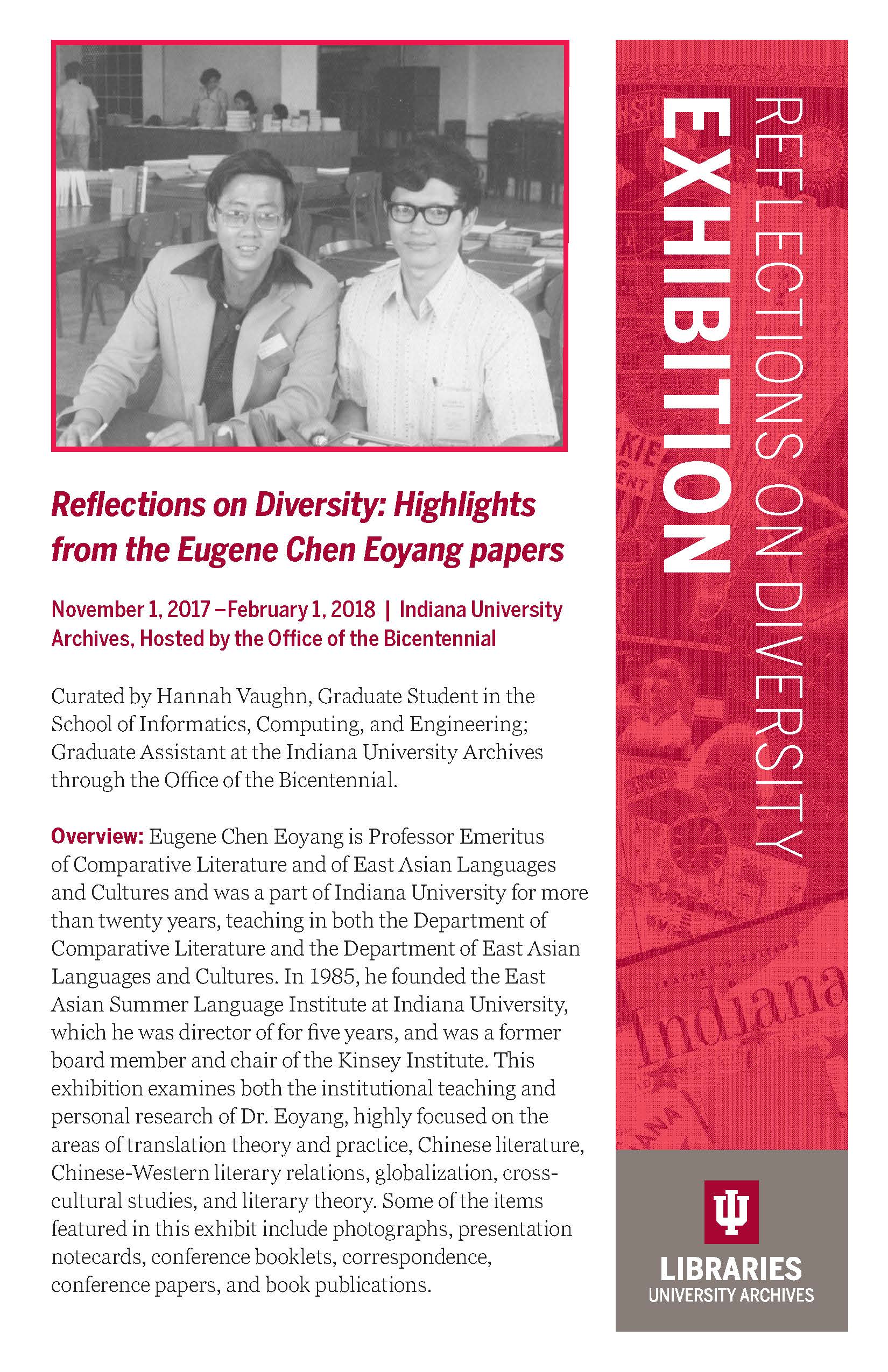 Current project: Recently Hannah has been working to process the Eugene Chen Eoyang papers, who was a Professor of Comparative Literature and East Asian Languages and Cultures at IU. She also just installed an exhibit drawn from his papers. Visit the Office of the Bicentennial in Franklin Hall 200 to see “Reflections on Diversity: Highlights from the Eugene Chen Eoyang papers” through February 1, 2018.

What she’s learned: The first president of IU, Andrew Wylie, died while in office.  He accidentally cut his foot with an ax while out in the woods and then died a couple of days later from pneumonia.