The Ava DuVernay-directed A Wrinkle in Time is the most recent example of beloved children’s book-turned-blockbuster hit. For many of us, Madeleine L’Engle’s A Wrinkle in Time is more than just a “children’s book.” Many of my friends have turned to L’Engle repeatedly through life, similar to other supposed “children’s” authors like J.K. Rowling or Ursula LeGuin. L’Engle’s commitment to manifesting authentic childhood experiences is reflected in her mighty oeuvre, which often expanded the A Wrinkle in Time universe across multiple series centered on families with young protagonists. Despite this, L’Engle confirms her discomfort with the label of “children’s literature” in a 1965 letter Indiana University Writers’ Conference organizer Robert W. Mitchner. The Indiana University Writers’ Conference records at the IU Archives include letters from literary icons such as Joan Didion, William Faulkner, Margaret Atwood, George R.R. Martin, and the aforementioned LeGuin. Madeleine L’Engle’s file, though, shows what a uniquely lovely correspondent she was. 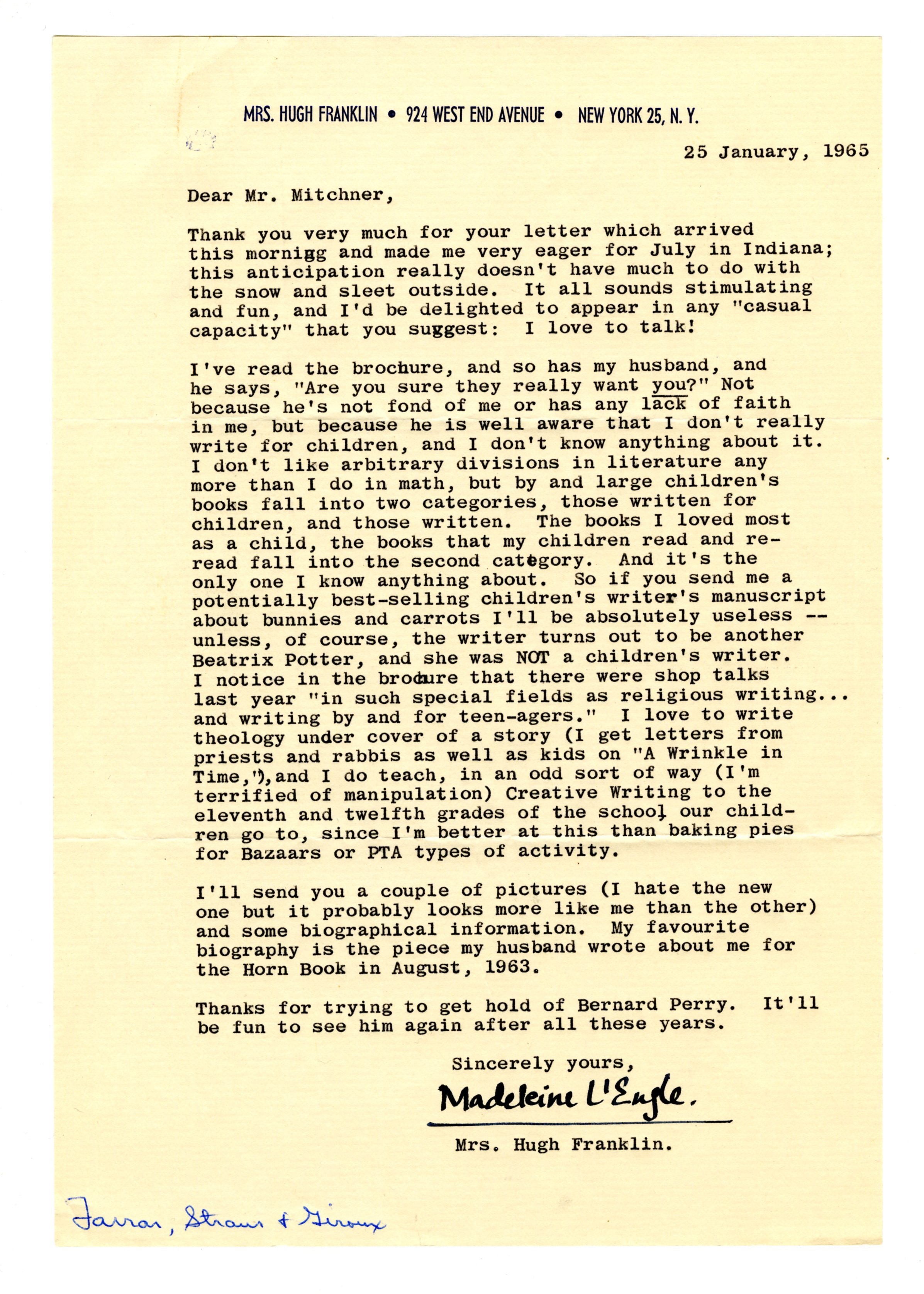 In response to Mitchner’s invitation for L’Engle to speak on the subject of children’s literature, she makes this moving distinction on January 25, 1965:

“I don’t like arbitrary divisions in literature any more than I do in math, but by and large children’s books fall into two categories, those written for children, and those written. The books I loved most as a child, and the books that my children read and re-read fall into the second category. And it’s the only thing I know anything about.”

L’Engle’s sincerity about her role as an author is a joy to read in this letter. She continues:

“So if you send me a potentially best-selling children’s writer’s manuscript about bunnies and carrots I’ll be absolutely useless—unless, of course, the writer turns out to be another Beatrix Potter, and she was NOT a children’s writer.”

This might seem odd considering the untold numbers of children who grew up with Peter Rabbit, but L’Engle is making the point that “real” children’s literature doesn’t pander or satisfy childish trends—it simply “is.”

L’Engle’s authorial spark charges the entire letter, but she never errs on the side of snobbery. Resolving herself to the prospect of leading a writer’s workshop, she reflects:

“…I do teach, in an odd sort of way (I’m terrified of manipulation) Creative Writing to the eleventh and twelfth grades of the school our children go to, since I’m better at this than baking pies for Bazaars or PTA types of activity.”

L’Engle’s wit and self-deprecation is reminiscent of many of her young female protagonists, including Vicky Austin from the Austin Family chronicles 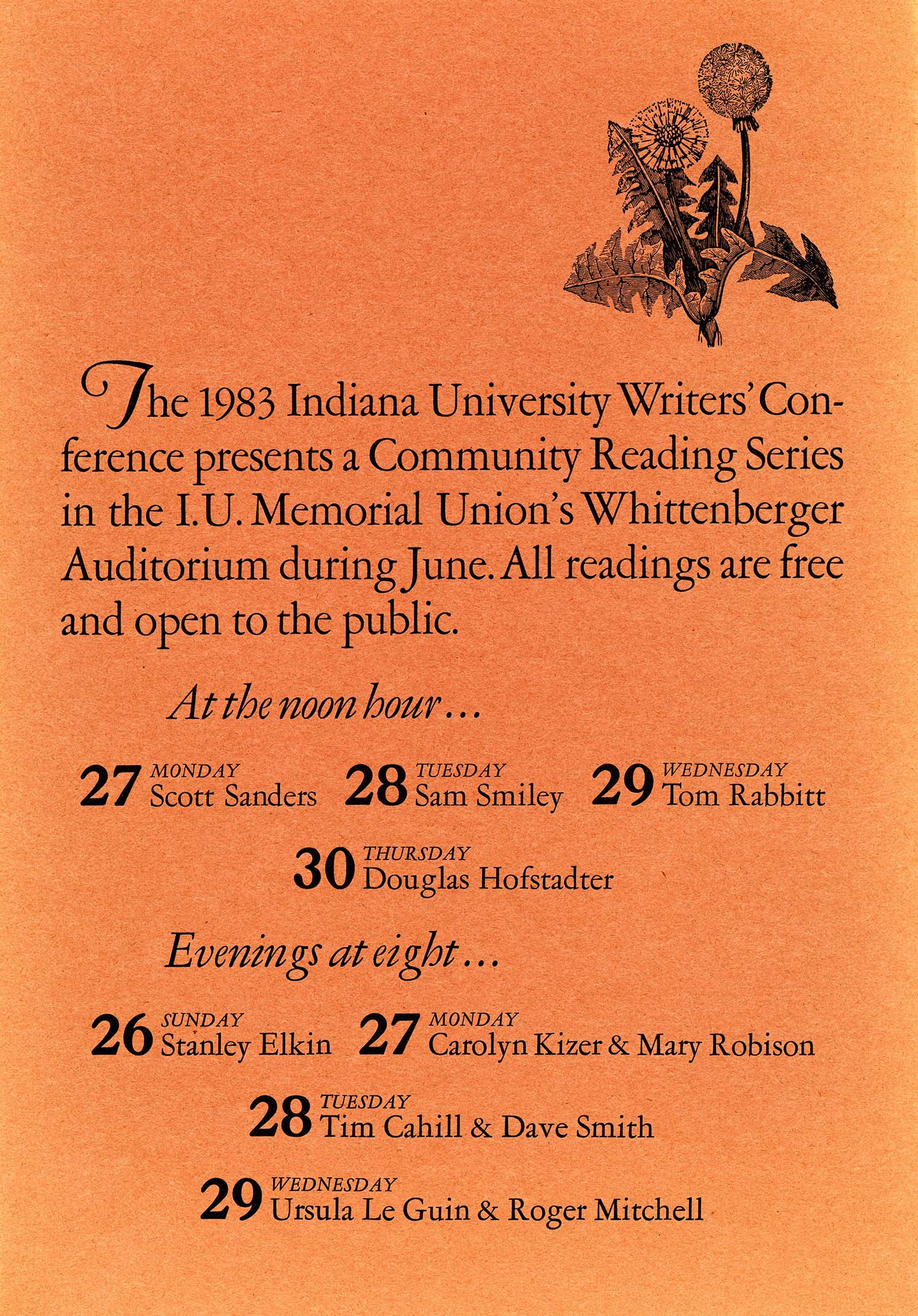 or Meg Murray from the A Wrinkle in Time quintet. For me this letter and her other correspondence breathed new life into these characters. This was unique for me as I read through some of the IU Writer’s Conference writers’ files. As excited as I was to see George R.R. Martin’s file, for example, his short memo did not remind me of Arya Stark’s gumption and wit. L’Engle’s correspondence is a unique opportunity to see how an author’s characters are not disembodied inventions, but actually can reflect an author’s own attitudes and perspectives.

L’Engle references her web of characters and works in her ongoing correspondence with Mitchner. L’Engle first instructed at the IU Writer’s Conference in 1965, but kept in contact with Mitchner and visited the conference whenever she could throughout the 1960s and 1970s. 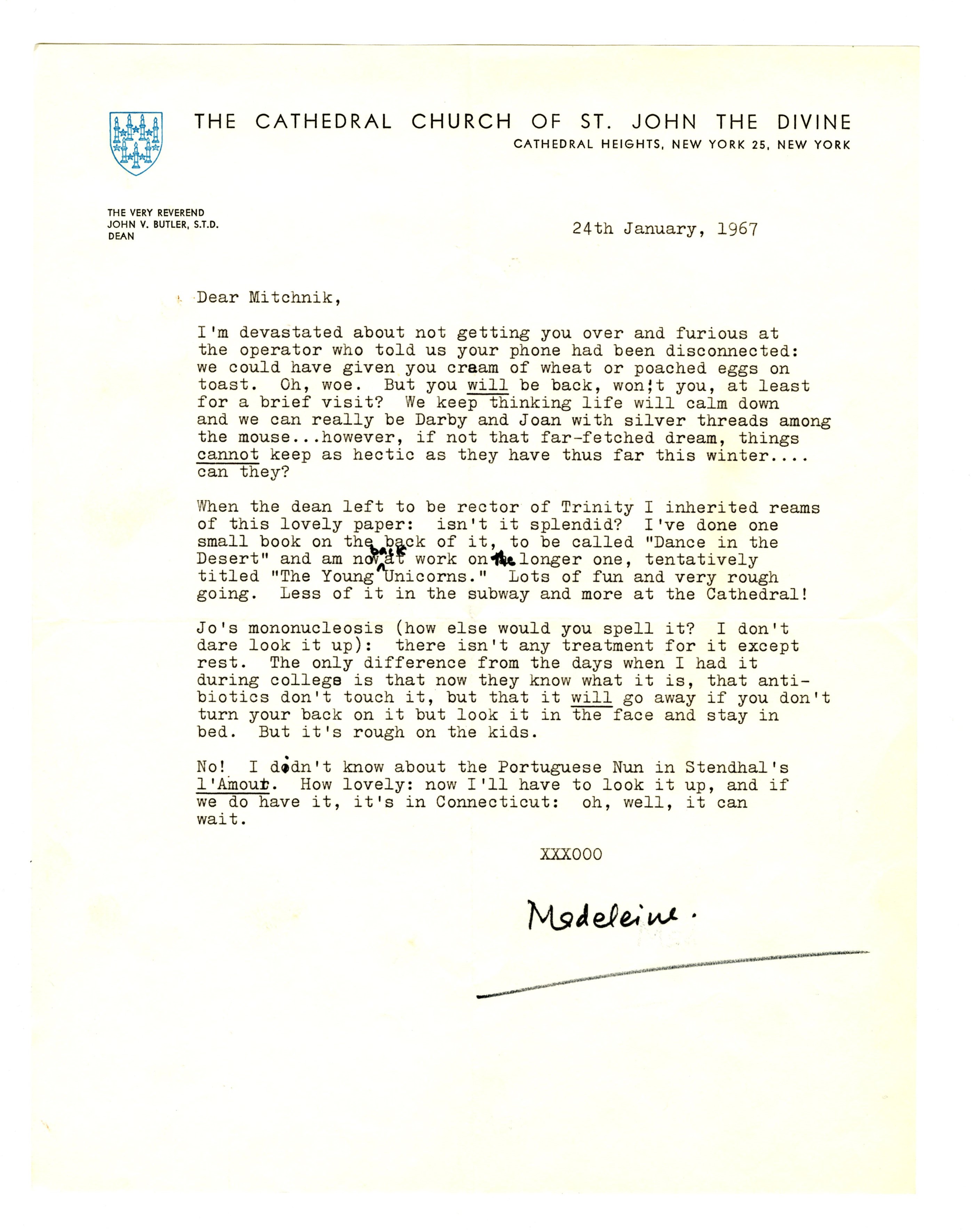 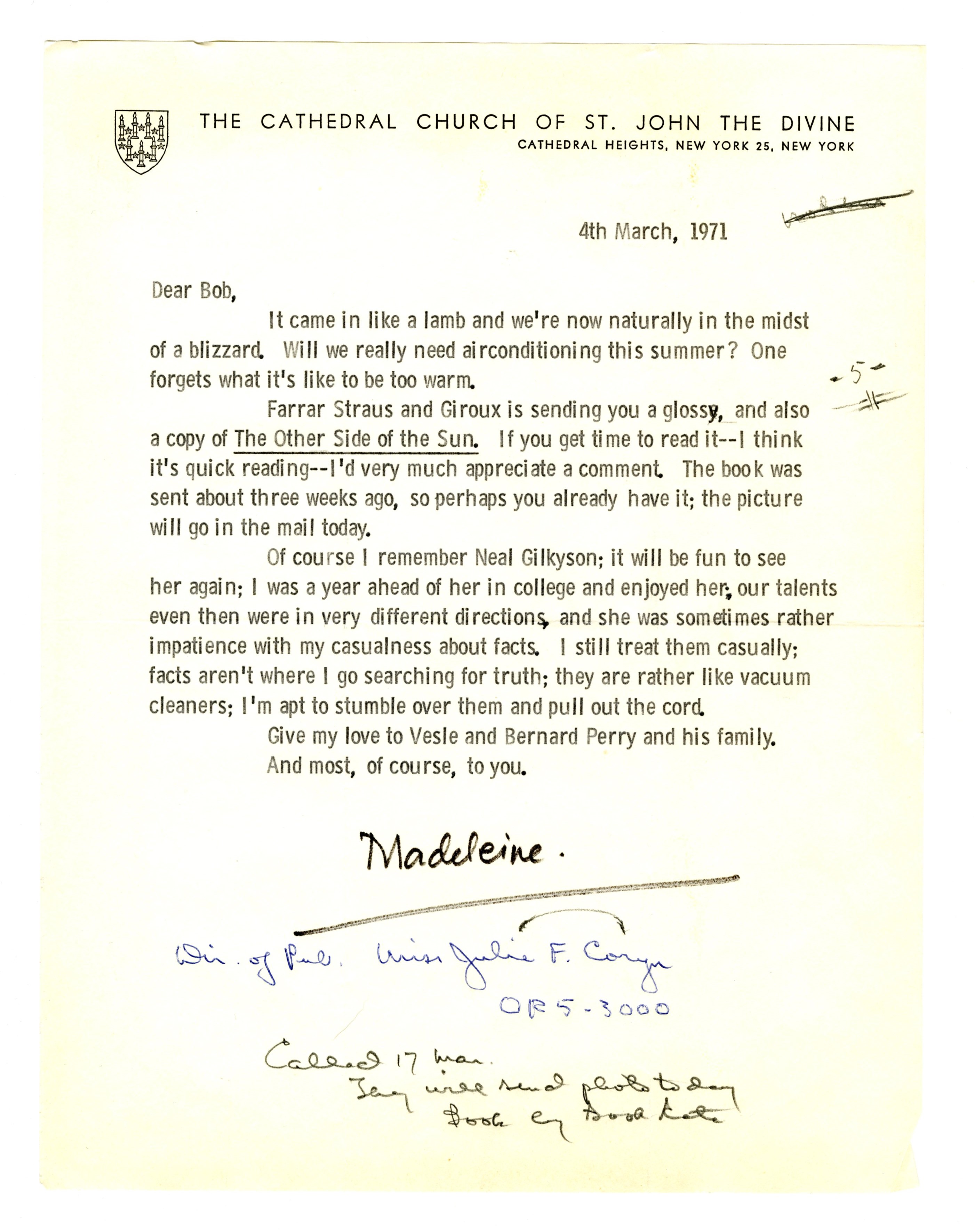 Their charming conversations include references to The Young Unicorns, Dance in the Desert, The Other Side of the Sun, and other L’Engle works. To explore this wonderful (and timely) file or collection, please contact the Indiana University Archives and visit the finding aid online.