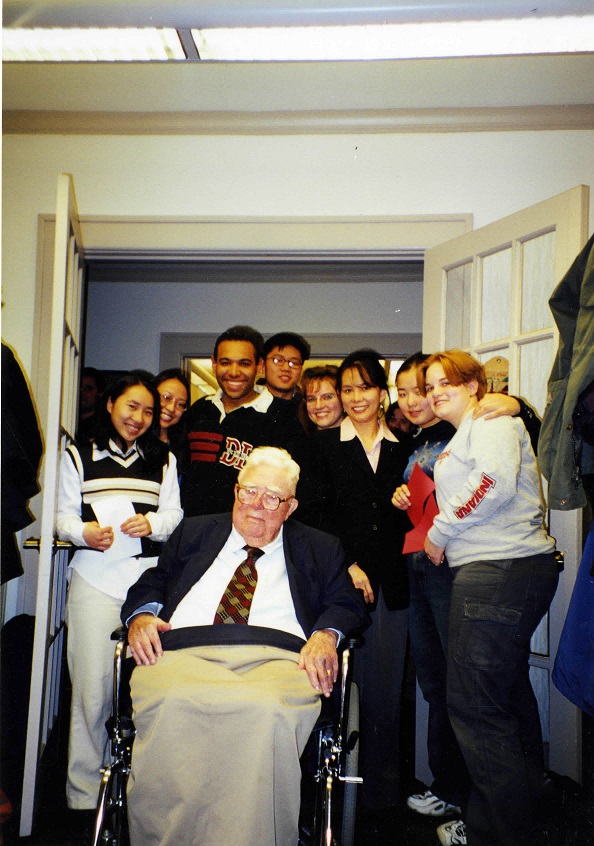 As the Asian Culture Center (ACC) prepares to celebrate 20 years on campus, the University Archives are happy to announce that the records of the ACC (Collection C691) are now open for research.

Opened in 1998, the Asian Culture Center was the first center of its kind in the Midwest. In addition to daily activities and numerous events (Asian Pacific American Heritage Month, CultureFest, Holi, Lunar New Year to name only a few), the Center serves as resource that is open to the entire IU community. Over the years, the faculty, staff, and students at the ACC (led by director Melanie Castillo-Cullather since 1999) have successfully campaigned for an Asian American Studies Program (created in 2008); advocated for more diverse recruitment; established a lasting network of Asian Alumni; facilitated dialogue in response to acts of racism on campus; provided scholarships; the list goes on and on.

A newspaper article from the aftermath of murder of Won Joon-Yoon, a Korean graduate student, on July 4, 1999.

Next month’s anniversary (October 11-13, 2018) celebrates 20 years since the opening of their facilities on East Tenth Street, but what you may not realize is the dream of an Asian Culture Center reaches back another 10 years, to 1988! This collection documents the growth and development of the ACC, including background research into the Asian population at IU and the growing call to action in the early 1990’s.

Tireless organizing by faculty, staff, and students made this dream a reality. We wish to not only to congratulate the Asian Culture Center on 20 years of outstanding advocacy for the Asian community, but to recognize 30 years of activism culminating in the recognizable presence of the ACC today.

A richly detailed history of this timeline (along with more photos, newsletters, and articles) can be found on the anniversary website.