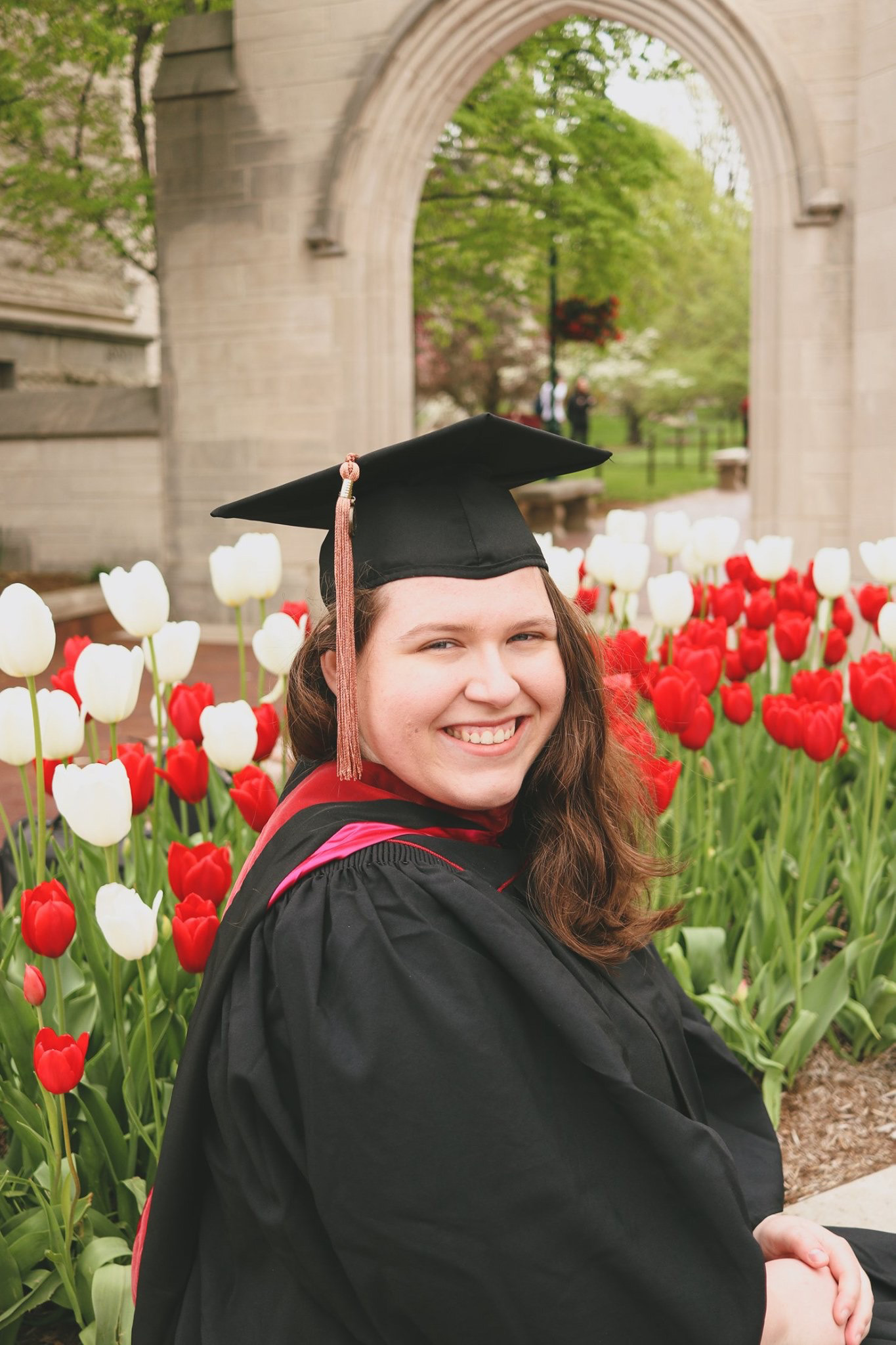 Behind the Curtain is a series highlighting IU Archives staff, partners from various departments of the IU Libraries, and students who make all of our work possible.

Title and Role: Casey is a processor who focuses on ingesting, organizing, and describing the digitized media delivered by MDPI (the Media Digitization and Preservation Initiative). Casey will leave us soon for a position with the Los Angeles Philharmonic Archives! Congratulations to both Casey and the LA Phil – she will be a terrific asset to their program!

Educational background: Casey got her undergraduate degree in Music focusing in vocal performance and music history from Lawrence University in Appleton, WI and just recently graduated from IU with her Master’s in Library Science.

Previous archival experience: Before coming to IU, Casey did a summer internship at the Irish Traditional Music Archive in Dublin, Ireland. In her MLS program here, she did several classes in the Archives and Records Management track, did some archival work with MDPI, and put on an exhibit in collaboration with the Archive of Traditional Music.

What attracted her to work in the IU Archives:  Casey has always been interested in working in an archive since her experience in Ireland. She also realized she knew very little about IU’s history, even though she had been here for two years. Working in the IU Archives was the perfect opportunity to get practical experience doing archival work in an academic institution while also learning more about IU along the way. 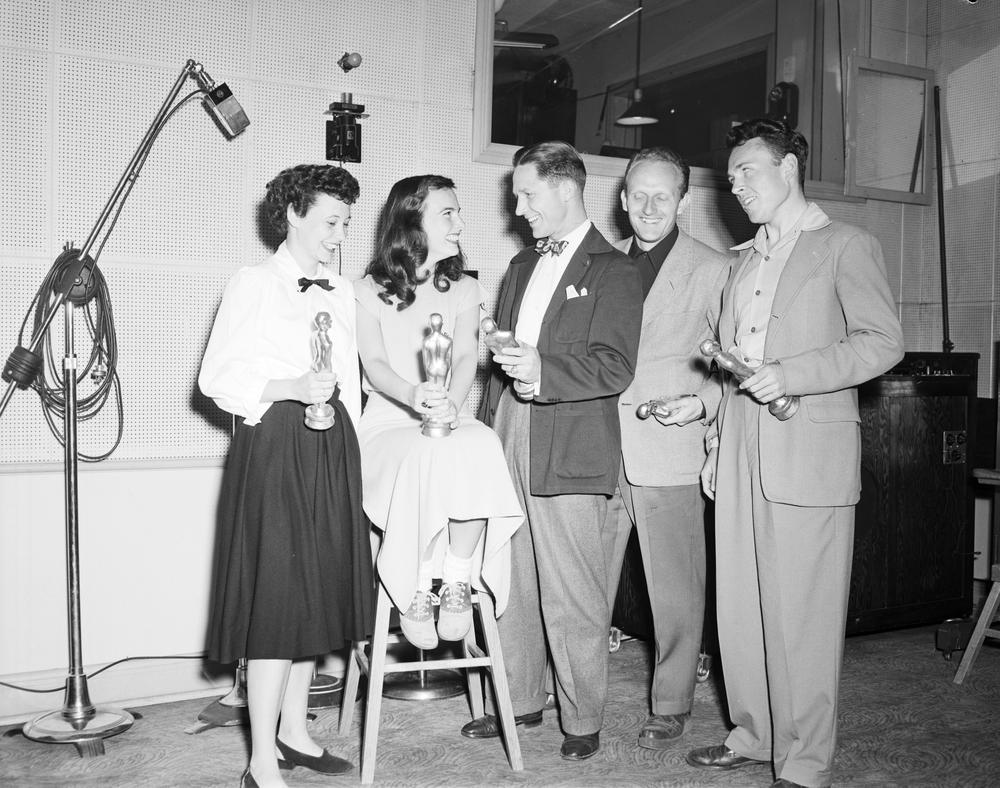 Favorite item or collection in the IU Archives: She worked on the Indiana School of the Sky Collection as part of her role with MDPI. Casey really loved listening to these recordings of radio shows from the 1940’s which were intended to teach young students in Indiana about all sorts of things related to science, art, history, literature, and more. She thought it was fascinating to hear what they taught then and  how similar or dissimilar education is today.

Project she’s currently working on: Casey is working on ingesting recordings done by Herman B Wells in the 1970s related to his autobiography “Being Lucky”. At this point she has completed 69 recordings, but still has a few more to go. Watch for an upcoming blog post for more details on this project!

Favorite experience in the IU Archives: Her favorite experience in the Archives has been working on the MDPI recordings. She’s seen almost every part of the process for MDPI, but thinks that access is still the most exciting part. Being able to organize these recordings, which often contain golden nuggets of information, and know that this will help someone down the road is really exciting for her. Plus, she gets to listen to them! 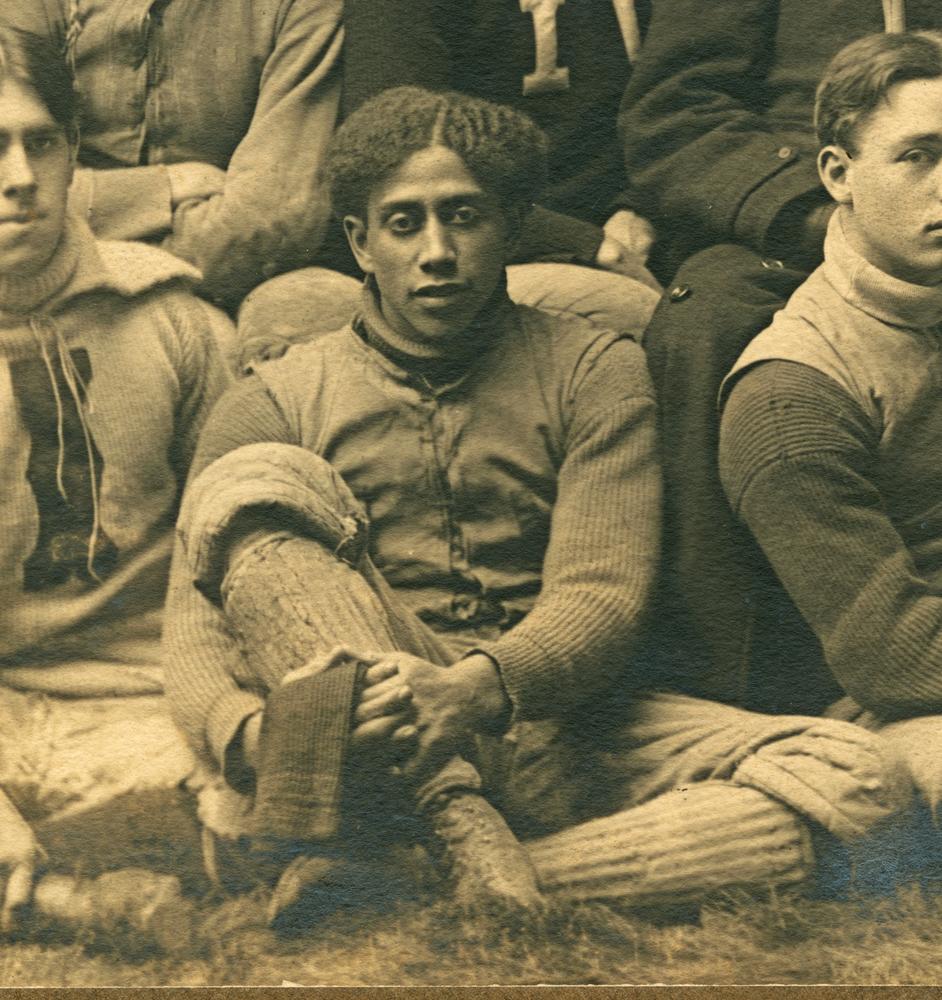 Something she’s  learned about IU by working in the Archives:  She’s learned so much by working in the Archives that it’s really hard to choose just one thing. While working on a post for Instagram back in February, Casey learned about Preston Emmanuel Eagleson, who was the first Black person on an athletics team at IU in 1892. More importantly, he was the second Black person to receive an undergraduate degree in Philosophy and then the first to receive a graduate degree from IU. Several generations of his family returned to IU as well. To her, these stories about individuals are the most fascinating and shed a lot of light about the communities at IU.