While the IU Archives remains closed to the public due to the COVID-19 crisis, I have been digging into the collections available digitally through Archives Online to discover and highlight some of the great artifacts the IU community can explore from the comfort of their homes. I came across a scrapbook put together by a veteran’s group for IU students that was active during and directly following WWII that allowed me a fascinating glimpse into veteran student issues.

The Second World War transformed life at Indiana University in many ways, and these transformations extended into the postwar time as many men came back to attend college and start the next chapter of their lives. Many organizations were established to help veterans make their transformation from soldier to civilian, including a newly formed progressive veterans committee called the American Veterans Committee (AVC), originally formed as an alternative option to what some considered the more conservative veterans groups like the American Legion. The American Veterans Committee, formed at the national level in 1943 and disbanded in 2008, pledged to support veterans of all races and creeds and was notably offering racially integrated committees across the country when other veterans groups were not. Their political agenda included petitioning the local and state government to start or support legislation related to improving veteran support in all facets of life and supporting advocate groups like the NAACP that fought for civil rights and racial equality. 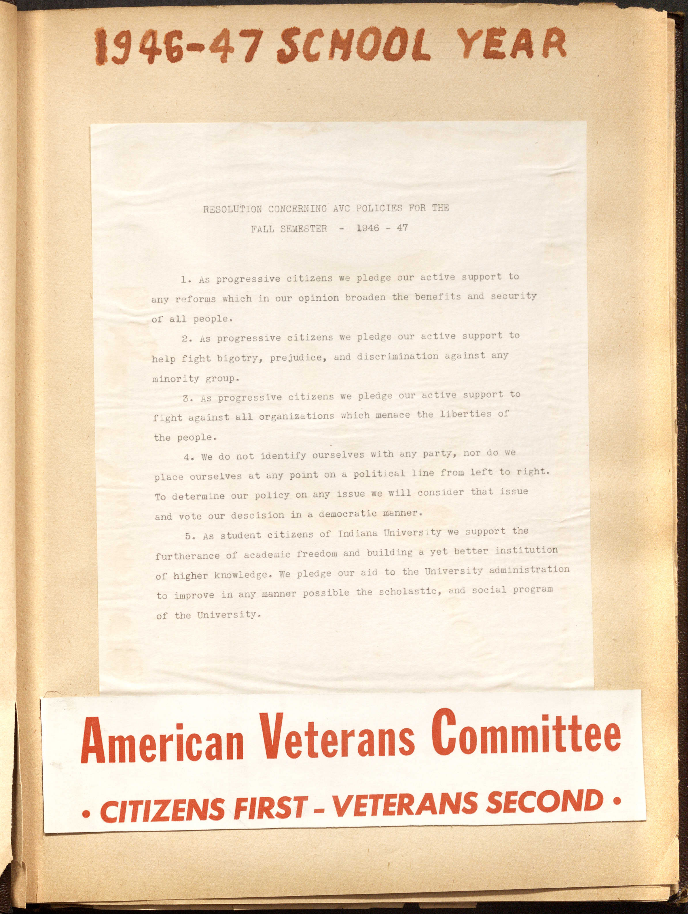 The AVC Bloomington chapter offered support to veterans on IU’s campus and in the Bloomington community as a whole. The collection is fully digitized and includes one scrapbook that includes clips of newspaper, photographs, and chapter items from the years 1946-1949, and offers an interesting glimpse of what life was like for veteran students during these years right after WWII. 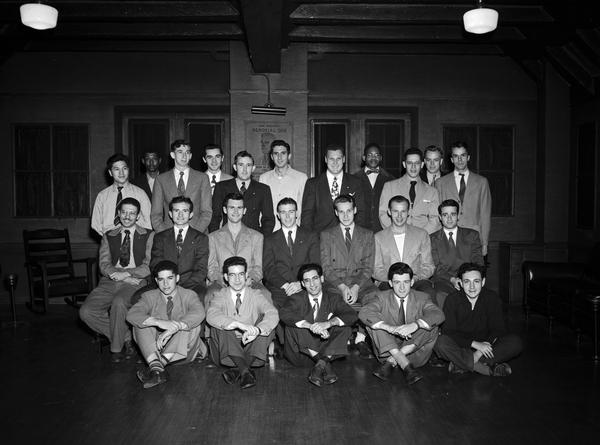 Like the national organization, Bloomington’s chapter was committed to supporting all veterans on campus and in the community, regardless of nationality, race, or religion. Their main policies included fighting bigotry, which included a push to bar Bloomington restaurants from discriminating against people of color. They were supporters of the Bloomington NAACP. In 1948, the organization wrote an op-ed to the Indiana Daily Student that outlined their support for national integration of all colleges and to end all college discrimination.

The Bloomington AVC also focused on the financial aspects of IU veterans’ lives. In 1947, the AVC compiled the GI Subsistence Survey that asked 1500 current student veterans about their finances and the support they receive from the government; based on their results, they asked the university and local and national politicians to increase veteran subsistence pay, arguing that veterans were paying more for housing and food than they should be. 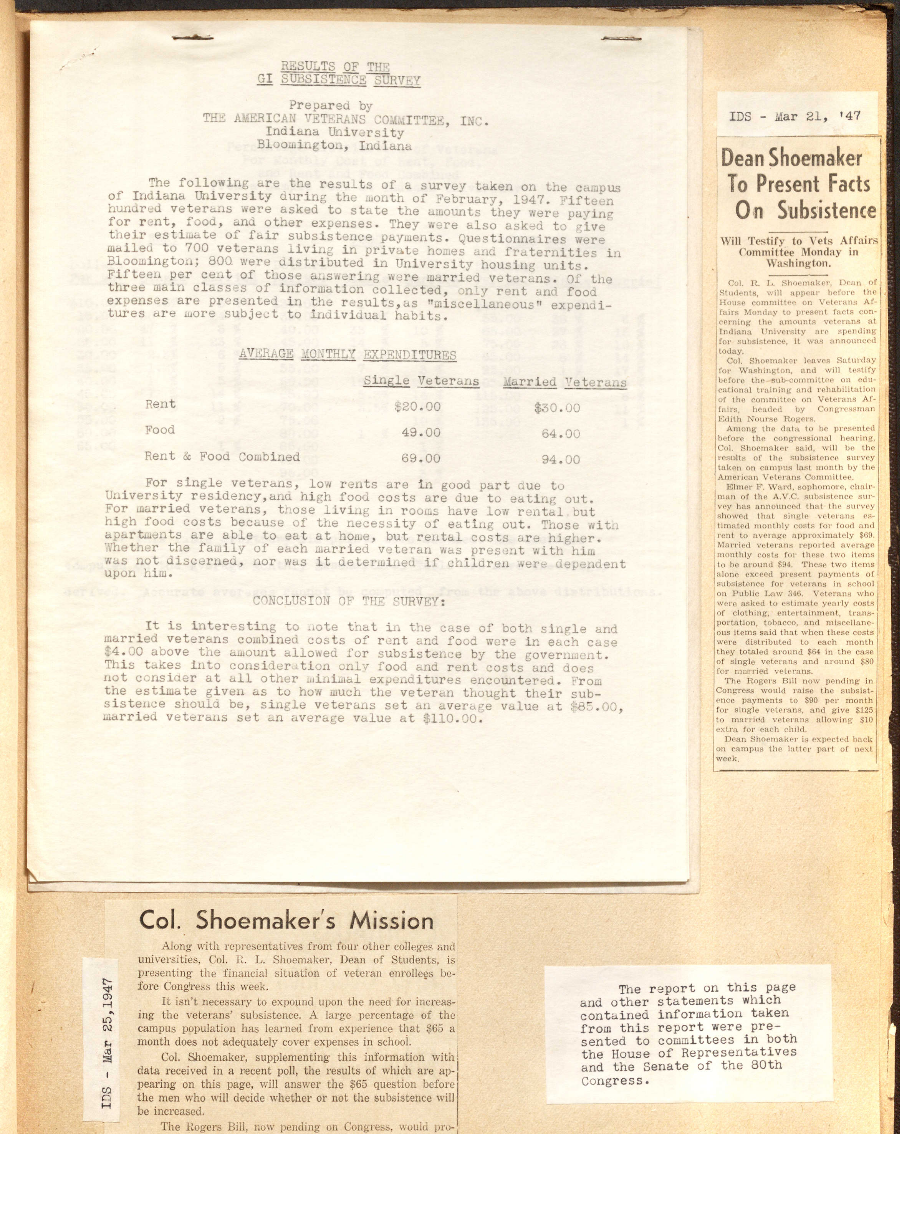 The American Veterans Committee also hosted social and educational events on campus to support their initiatives. In 1947 the group hosted an Autumn Festival informal dance at the Indiana Memorial Union. The AVC also hosted speakers for their members and the general public, including history novelist Howard Fast, sports writer John R. Tunis, and the famed IU professor Dr. Alfred Kinsey right after his release of Sexual Behavior in the Human Male at an AVC meeting in 1948. It was one of the only public lectures he gave on campus after the release of the book.

The scrapbook is a fascinating glimpse into a few of the issues that student veterans faced as they returned from war, adjusted to life back home, attended university, and moved forward in their lives. Aspects of life that affected veterans as they transitioned back into society are deeply compelling to see from the student perspective. Check out the finding aid and the full scrapbook here!