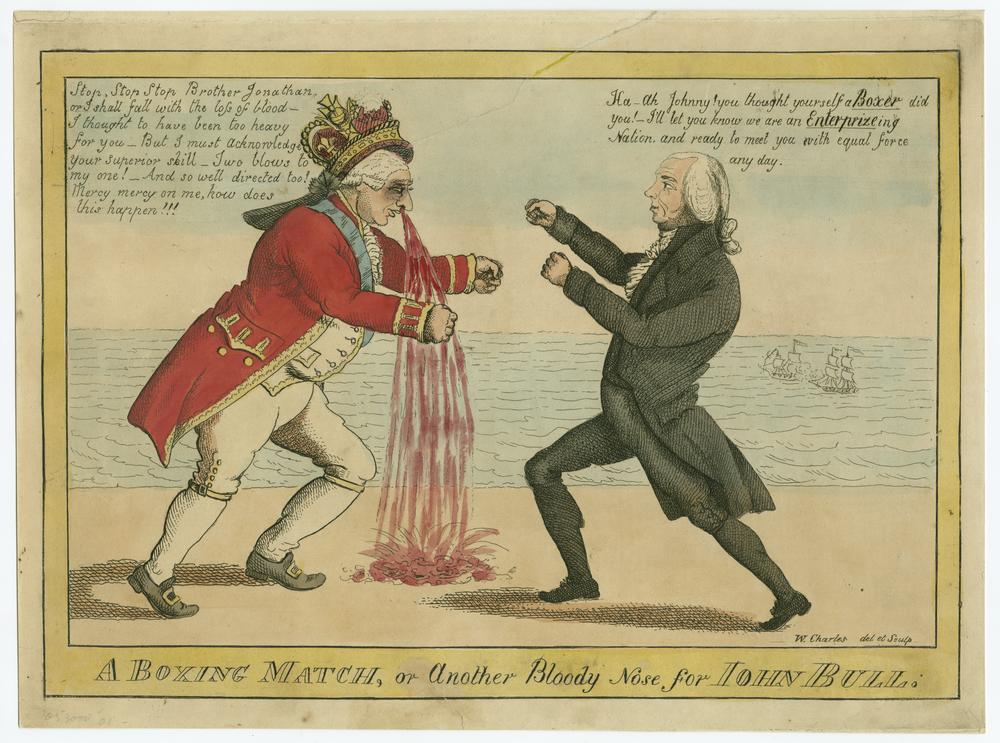 During the War of 1812, British troops set fire to the Library of Congress, destroying the collections within. Two hundred years later, however, a library has now captured the war: Indiana University’s Lilly Library, have digitized hundreds of manuscripts, books, maps, and prints that illuminate the history of the War of 1812.

A new website, The War of 1812 in the Collections of the Lilly Library, tells the story of this little-understood war through digitized primary source documents which have been made available for the first time thanks to technology and technical services staff at the IU Libraries. These items range from the official declaration of war to a receipt for canteen straps and include such resources as anti-war pamphlets, a letter describing the burning of Washington, D.C., and a satirical print of James Madison boxing King George III. Visitors to the site can access high-resolution images of the documents by following the timeline of events, browsing by tag (from Aaron Burr to Zachary Taylor), or searching by keyword.

“There aren’t many large digital projects on the War of 1812, especially not originating from the United States,” said Lilly Library Director Breon Mitchell. “This site makes a major contribution by providing not just the story of the war, but also a wealth of original books and documents that draw people into the history of the conflict in the way only primary sources can.”

The digital archive precedes a major exhibition on the War of 1812 in the Main Gallery of the Lilly Library that will open September 2012 and run through December.

“Never before has the Lilly Library created an exhibition where every item on display is also digitized online,” said Brenda Johnson, Ruth Lilly Dean of University Libraries. “In this case, the online archive actually includes more fully digitized items than we can fit into the gallery exhibition. Our ability to share these documents with a broader audience makes this an especially exciting time to explore this period in American history.”

About the Lilly Library