Though he had been commissioned as an officer for less than a year, Jonathan Williams was already an expert on military matters and fortification when President Thomas Jefferson appointed him inspector of fortifications and superintendent of the military post at West Point in December of 1801. Jefferson saw in Williams a like-minded gentleman-scientist, and his resume was top-notch for his time. Williams’ interest in scientific matters was nurtured under the influence of his great-uncle, Benjamin Franklin.

Williams quit his post at West Point in 1803, frustrated by a lack of funding for the academy and conflict with other officers who resisted reporting to an engineer. As conflict with Britain developed in the years preceding the War of 1812, Williams returned to West Point in 1805, this time with his authority, if not sufficient funding, assured. During his time at West Point, Williams was a key figure in developing a system of fortifications to protect New York. 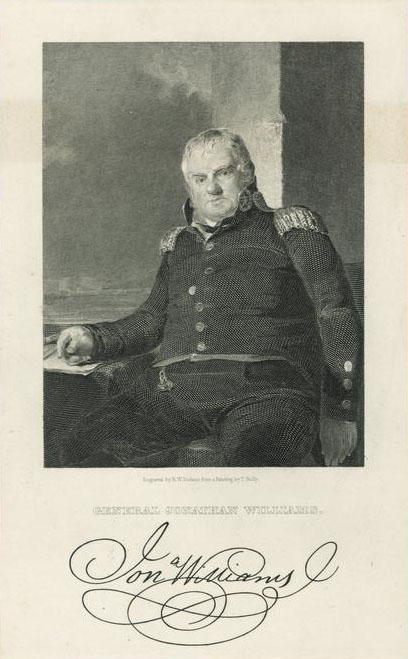 The Lilly Library holds one of two major collections of the papers of Jonathan Williams, which include a bounty of material on the design and construction of fortifications. The most famous of these fortifications is probably Castle Williams on Governor’s Island, designed by Williams and named in his honor. 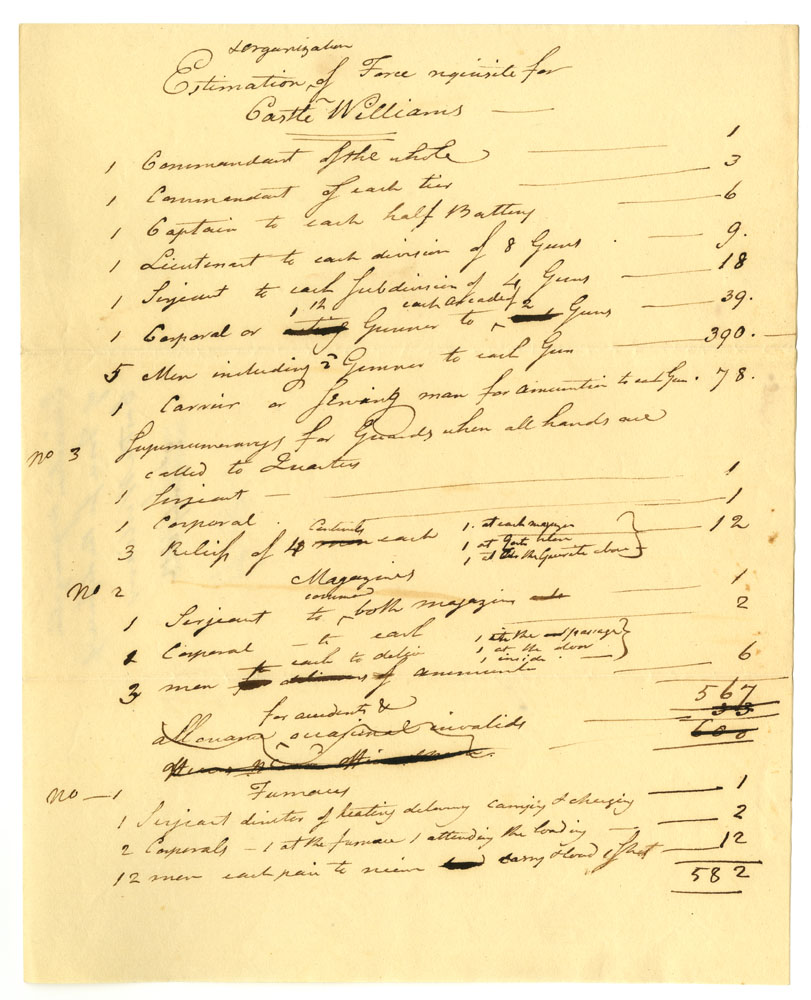 Castle Williams was built between 1807 and 1811, as part of system of fortifications that discouraged the British navy from attempting any sort of attack during the War of 1812. Castle Williams was recently restored and is now open the public.

Williams hoped to command the Castle when war was declared, but the commission went to someone else. He resigned his position at West Point and took up a military commission as a brigadier general in the New York militia.

Shown here is a document from the collection dated July 2, 1812, which outlines the number of men needed to staff Castle Williams. It was made just a few weeks before he resigned. The portrait reproduces an 1815 painting by Thomas Sully. The illustration at the top of the post is a lovely depiction of defenses of the Narrows, the channel that connects Upper New York Bay and Lower New York Bay. It was made on August 8, 1812, exactly two hundred years ago.

The Lilly Library’s War of 1812 collection includes a short pamphlet, published in 1807, in which he advises New York leaders on appropriate defenses for the Bay and the Narrows. Read the pamphlet online in our new digital resource, The War of 1812 in the Collections of the Lilly Library.