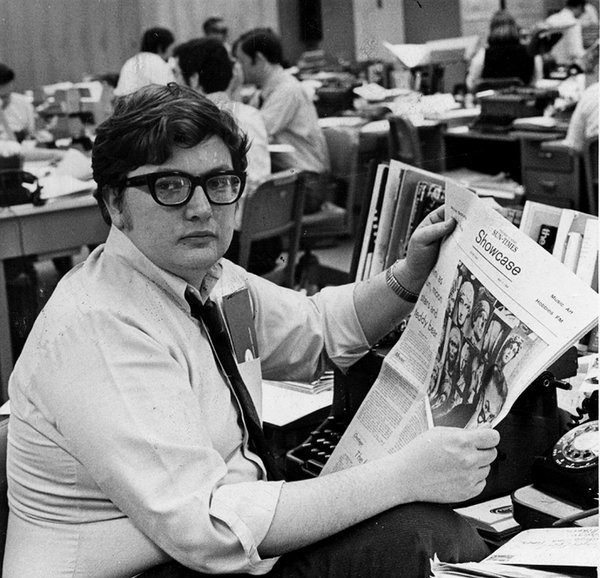 Roger Ebert (1942-2013), who passed away on April 4, 2013 at the age of 70, leaves behind an enduring legacy as a Pulitzer Prize-winning film critic for The Chicago Sun-Times (where he worked for 46 years) as well as a pioneer in both television (with Gene Siskel) and online criticism. Ebert’s impact on his profession, and on the countless number of individuals whose paths crossed with his, was enormous. To name one example relevant to Bloomington: In his 2011 memoir, Life Itself (New York: Grand Central Pub.), Ebert writes in glowing terms about the Vickers Theatre, an independent art-house cinema located in Three Oaks, Michigan, originally co-owned and operated by Jon Vickers, now Director of the Indiana University Cinema.

Early in his career, Roger Ebert was a protégé of Pauline Kael (often referred to as “Paulettes”), the influential film critic for The New Yorker. Two of his letters are in the Kael mss., a voluminous collection of her personal papers and correspondence. All his life invested in politics and social issues, Ebert tells her about the 1974 Conference on World Affairs he attended at the University of Colorado, and names a few notable panelists whom he speculates were invited “to add variety to the academics, politicians and fanatics.”

The Kael mss. is one of several collections featuring professional criticism in the arts available at the Lilly Library.