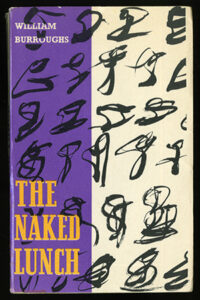 The writing of Jack Kerouac’s On the Road is the stuff of American literary legend. Kerouac claimed to have written it in three weeks, at such white heat that he taped 12-foot-long stripes of paper together and ran them through a typewriter in a sort of scroll so that he wouldn’t have to pause to feed new sheets into the machine. While this pace is probably exaggerated, the original manuscript of the novel was and remains in scroll format, 119 feet 8 inches long by 9 inches wide. In 2001, it was purchased by Jim Irsay, team owner of the Indianapolis Colts. Since then, the scroll has had a special relationship with the Lilly Library, as the Lilly’s Conservator, Jim Canary, has assisted Irsay in its preservation and in handling it as it toured.

The scroll was on display at the Lilly Library in 2003 as part of a travelling exhibition which took it all around the country and abroad. The Lilly is proud to host the scroll once more, on special loan from Jim Irsay. The scroll appears in conjunction with the Lilly’s exhibition on Beat writer William S. Burroughs in celebration of Burroughs’ 100th birthday. The scroll is unrolled to display the section about “Old Bull Lee,” the character inspired by Burroughs. A digital display of the full scroll – from the first line to the last ragged edges which were eaten by a dog, including all of the fascinating textual variations from the published version – will also be available to view.