The Lilly Library recently acquired a lovely English book of music titled Catch that Catch Can, or A Choice Collection of Catches, Rovnds, & Canons for 3 or 4 Voyces. Printed in London by John Hilton for John Benson and John Playford in 1652, the book remains in its original, speckled calf, oblong boards. There are 144 songs by several composers, including William Lawes, Henry Lawes, and John Hilton. Catches appear as early as 1580 in English manuscript, while catches and rounds first appeared in print in 1609 with a collection published in London by Thomas Ravenscroft. Hilton’s Catch that Catch Can is considered an important later collection (Grove).

Catches are humorous songs that were usually written for three or four voices; drinking and women dominate as the main subjects of the lyrics. This is demonstrated in the lyrics by William Lawes on page 37 of Hilton’s book: “Let’s cast away care, and merrily sing, there is a time for every thing: he that / plays at his work, or works in his play neither keep working, nor yet Holy – day: / set businesse aside, and let us be merry, and drown our dry thoughts in Canary and Sherry.” Rounds were also particularly popular in late 16th and 17th century England among men for “convivial social gatherings.” While the social class of men who sang catches and rounds has not been determined, it is thought that their popularity “spread to lower social groups during the reign of James I” (Grove). 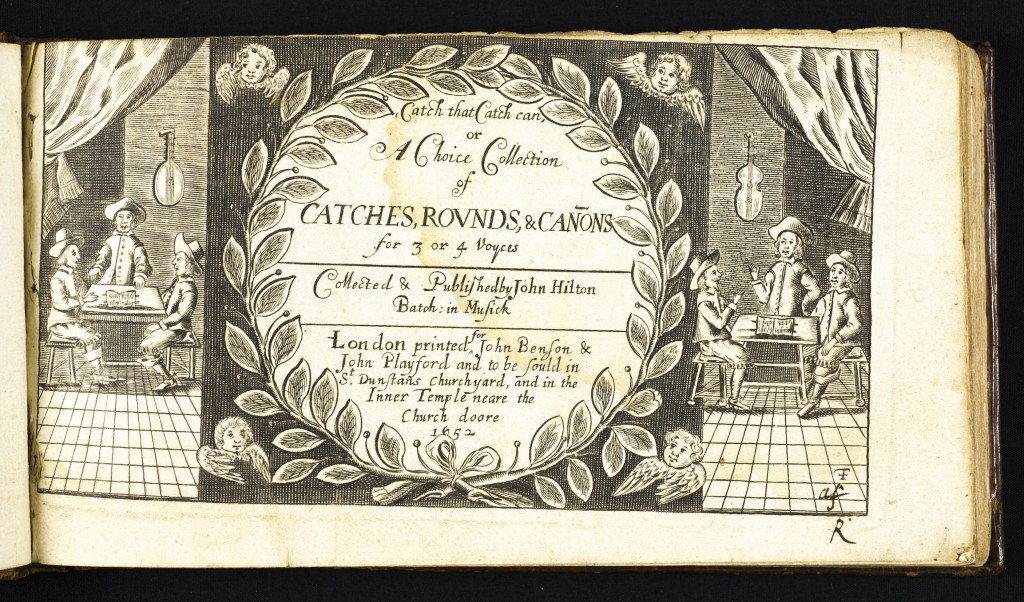 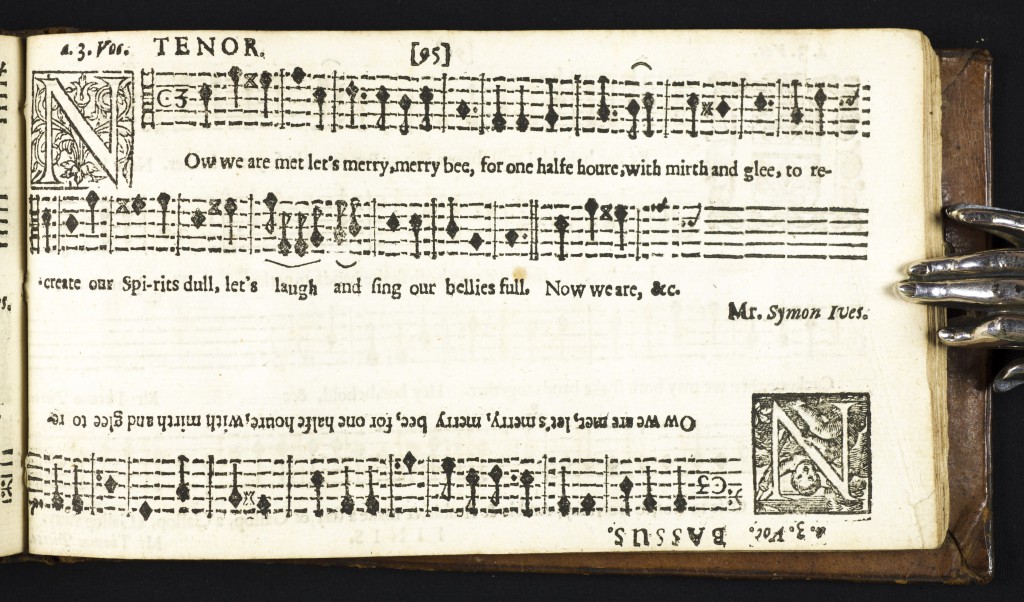