The Lilly Library is pleased to announce the addition of important new acquisitions to our Orson Welles manuscript collections. A full description and inventory are available here.

The new additions include:

The Welles manuscript collections are among the Lilly Library’s most treasured holdings in the area of film, television, and radio. The Welles-related collections at the Lilly Library consist of nearly 20,000 items relating to the life and work of Orson Welles and are of great interest to students, scholars, and the general public, including researchers from all over the world. Indiana University recently hosted a series of events honoring Orson Welles in the spring of 2015. Orson Welles: A Centennial Celebration, Symposium and Exhibition was a multi-disciplinary series of events that included a major exhibition at the Lilly Library titled 100 Years of Orson Welles: Master of Stage, Sound, and Screen, a twelve-program film screening series, and a symposium that included two keynote addresses and nearly thirty paper presentations attended by eighty-six registrants.

The collections are open and available for use during regular Lilly Library operating hours. We’re excited to share these new acquisitions with scholars, researchers, faculty, students, and anyone else who is curious to take a peek into the creative process that goes into crafting works of monumental cultural significance. 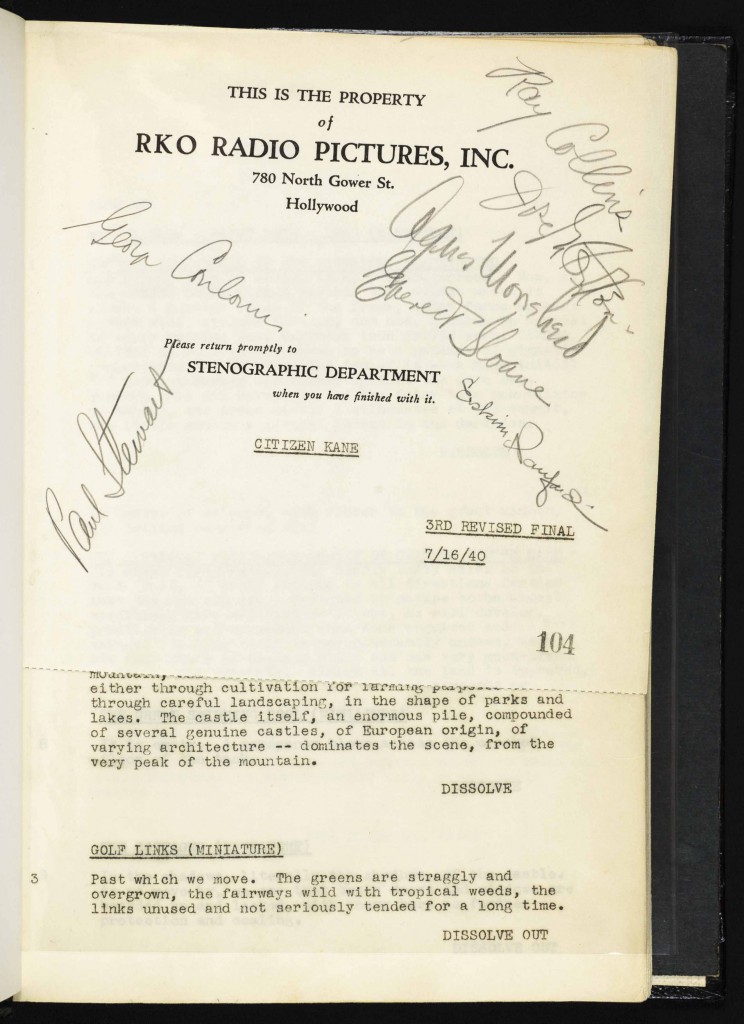