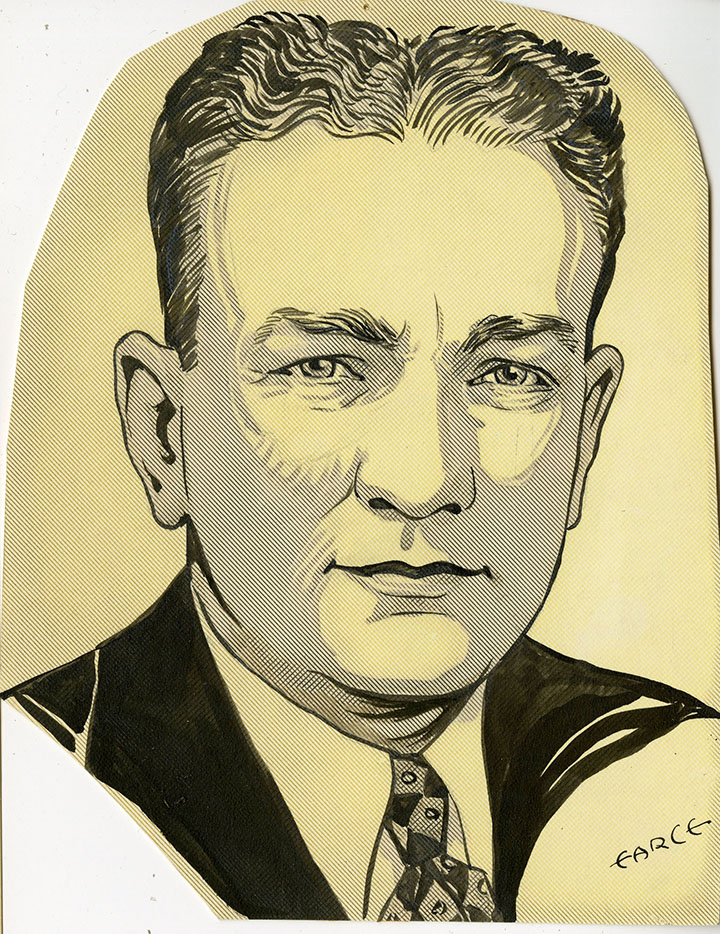 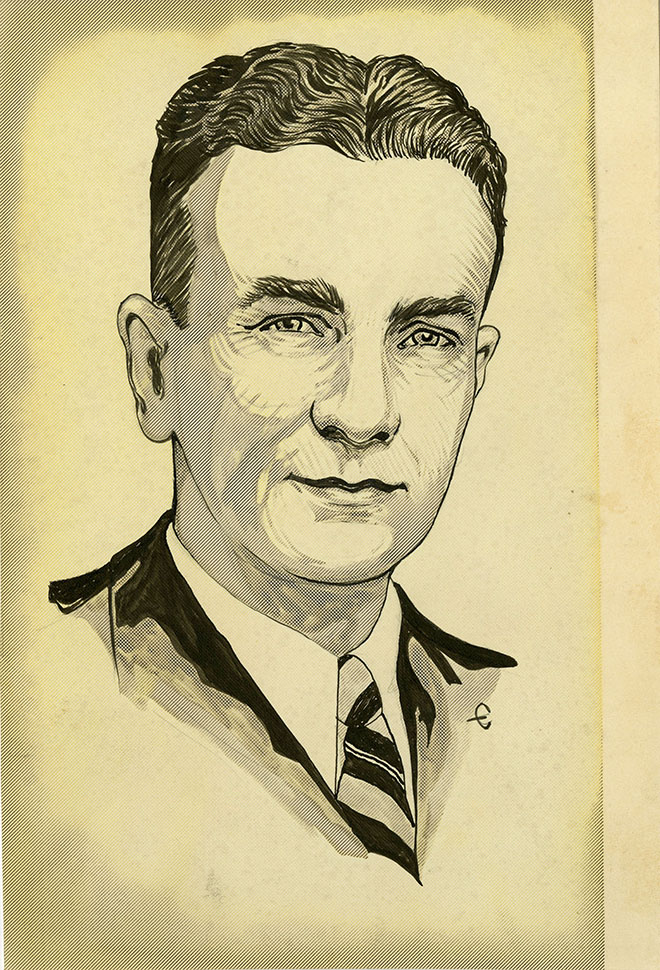 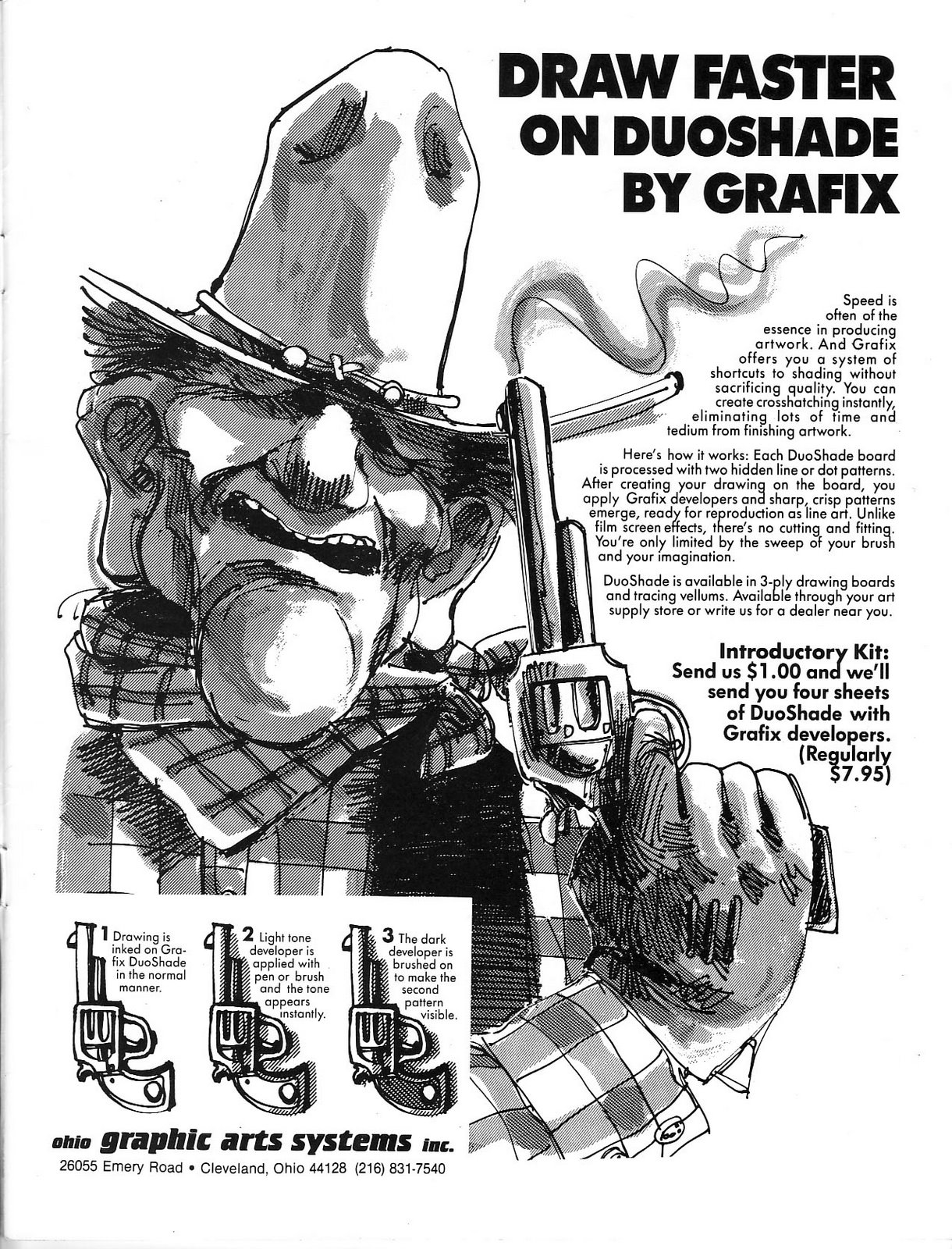 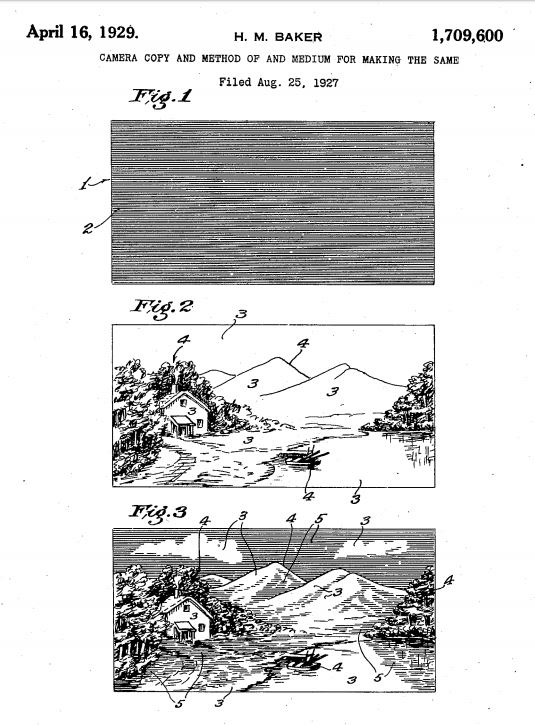 Illustrations from Baker’s patent showing the linear pattern (fig. 1) before it is blanched. Figure 2 is the finished ink drawing, and Figure 3 is the completed illustration with the redeveloped tones throughout. 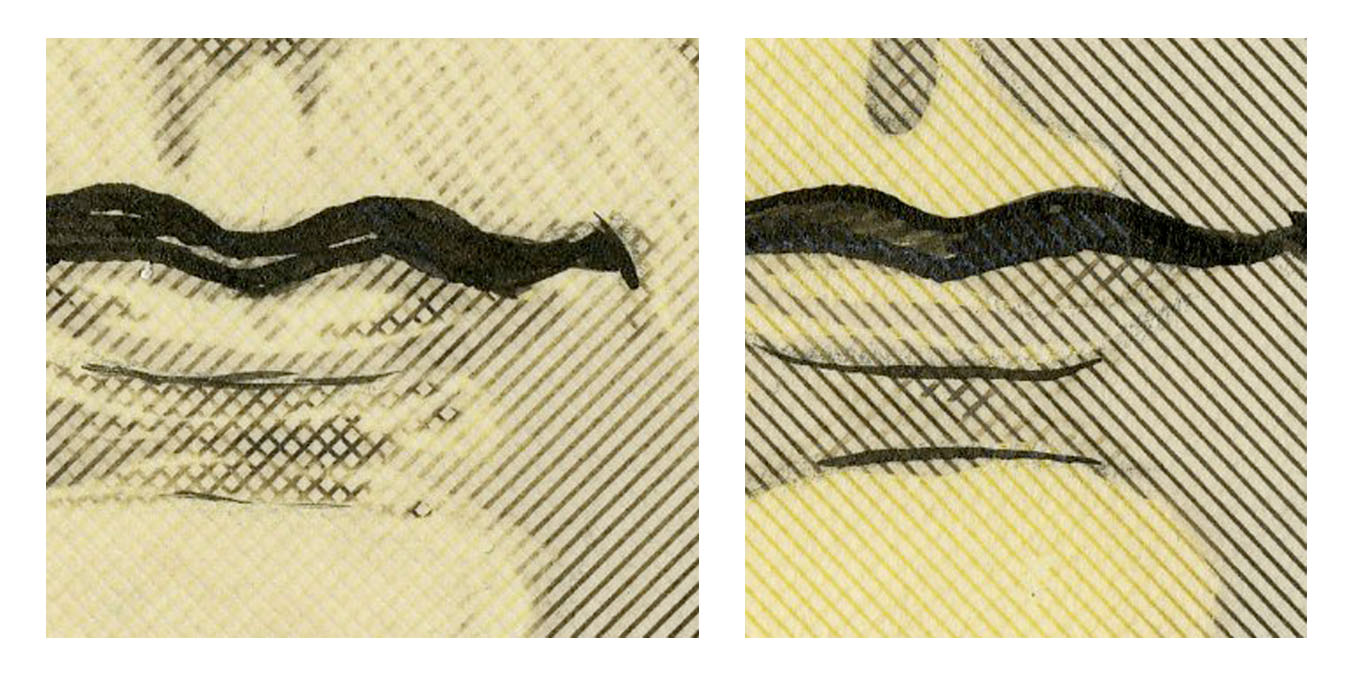 Detail of two depictions of Halleck on Craftint Doubletone. The left illustration was drawn on Doubletone No. 202, the right on No. 213. Time has affected the paper, making what was a previously hidden pattern of undeveloped lines more visible. 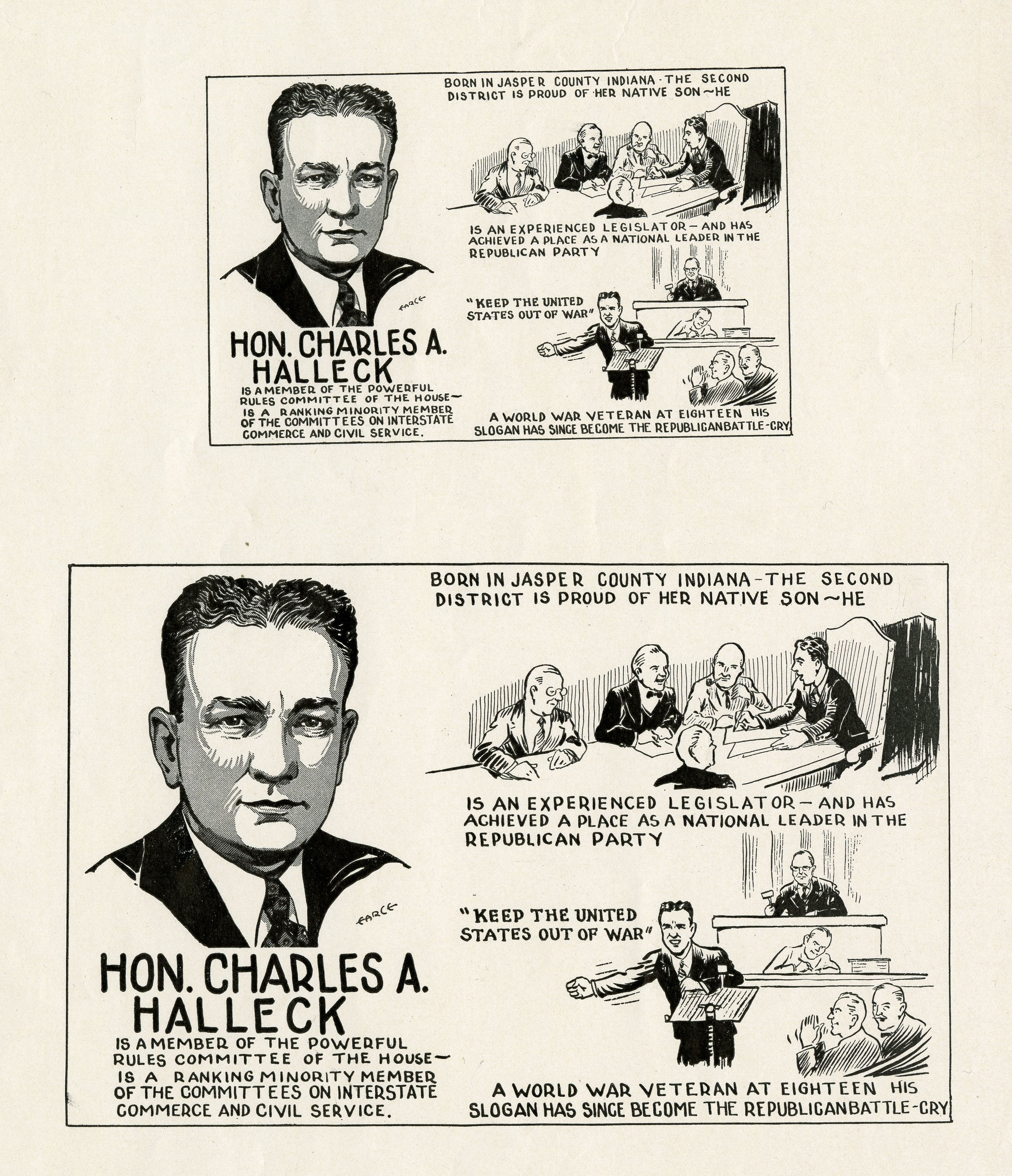