Osamu Tezuka (1928-1989) is best known as the “God of manga” for his great contributions to the golden age of manga, but he was also extremely influential through his dedication to making anime versions of his manga.  In 1961, the same year he finished medical school, Tezuka created the anime studio Mushi Production, where he directed and animated works through 1968.  Mushi Productions made the anime that Tezuka is most famous for, and they continued to animate adaptations of Tezuka’s works through 1973, when they declared bankruptcy.  In 1968, Tezuka also established Tezuka Productions, another anime studio that has primarily adapted Tezuka’s manga series and currently is helmed by Tezuka’s son, Macoto Tezuka.

Tezuka’s first work at Mushi Production was to direct and animate Japan’s first weekly TV anime series, Astro Boy (1963-1966), which is also the anime he is best known for.  This series follows a robotic boy, Astro Boy, as he fights against evil with his special abilities of flight, super strength, and a built-in machine gun.  However, instead of just being a robot, Astro Boy also has the ability to feel emotions, and he has great sympathy for humans and will do anything in his power to protect them.

Princess Knight (1967-1968) (part two) was the last anime Tezuka directed for Mushi Production, but it also marked an expansion in the target audience of Tezuka’s anime.  Until Princess Knight, all of Tezuka’s anime had been targeted at young boys, but Princess Knight, similarly to its manga counterpart, was among the first weekly anime series to target young girls as its primary audience.  Princess Knight follows the adventures of Princess Sapphire and her angel sidekick, Choppy, as they fight to make sure Sapphire’s kingdom is safe, all while Sapphire pretends to be Prince Sapphire because only a boy can inherit the king’s throne.  Since Sapphire has both a boy’s heart and a girl’s heart, Princess Knight takes some time to deal with more mature themes like gender identity, influencing other girls’ anime with masculine female leads like The Rose of Versailles (1979-1980) (part two) and Revolutionary Girl Utena (1997).

Tezuka’s other major series for girls, Unico, was created on behalf of Sanrio (known today for Hello Kitty) and was made into two films: The Fantastic Adventures of Unico (1981) and Unico in the Island of Magic (1983).  Though Unico’s a cute-and-fluffy baby unicorn who has the ability to bring others happiness, these film adaptations focus on his struggles because of jealous gods who kick him out of his home and force Unico to start a quest to find somewhere peaceful to live, giving the films a distinctly dark tone.

Aside from Astro Boy, Tezuka may be best known for Black Jack, his medical thriller series about Black Jack, a doctor who works in the black market and charges enormous sums of money for his skills unless he’s moved by a patient’s story of suffering.  While writing Black Jack, Tezuka relied heavily on his medical degree to give his stories a more compelling angle, though he never actually practiced medicine.  Black Jack has been animated several times, first as a straight-to-video series, Black Jack OVA (1993-2000), then as the TV series Black Jack (2004-2006), and finally as the sequel TV series Black Jack 21 (2006), which is unavailable in North America.  Both of the Black Jack TV series were directed by Tezuka’s son, Macoto Tezuka, and the series also been made into several films.

Tezuka’s greatest manga work, Phoenix, has also been adapted into anime several times, most recently as the TV series Phoenix (2004).  Phoenix was Tezuka’s masterpiece, one that he was unable to finish, and it links together stories of humans who desperately seek immortality through the blood of the phoenix.  These stories cover a wide span of time, ranging far back in history and into the speculative future, but all connected by reincarnation and the basic truths of human nature.  The Phoenix TV series adapts five of the stories from Tezuka’s manga, and the episodic nature of the narrative makes the material accessible, despite the lack of a proper ending from Tezuka himself. 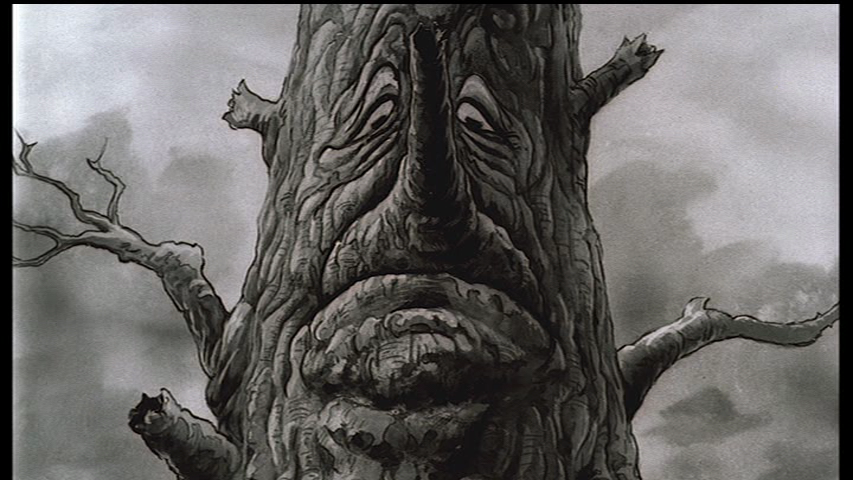 To wrap things up, I’d like to point you in the direction of The Astonishing Work of Tezuka Osamu (1962-1988), which collects many short experimental films made by Tezuka throughout his career.  Though Tezuka is known for his distinctively cartoony, Disney-influenced style and stories for younger audiences, these short films portray a wider range of the director’s work, both stylistically and thematically.  In particular, “Legend of the Forest” changes animation style as it progresses in its environmentalist narrative, beginning with illustrations in the style of etchings and ending with modern animation and designs.  Finally, if you would like to look for more of Tezuka’s anime, you can find a good deal of them on Viki’s TezukaAnime YouTube page, which includes some popular Tezuka anime alongside his lesser-known works.  Though Tezuka is one of the most influential men in anime, he is not very well-watched in America, so take a moment to come by and check out our expanded Tezuka collection to get a feel for why he’s endured so long in Japan.

One thought on “Anime in the Spotlight: Osamu Tezuka”