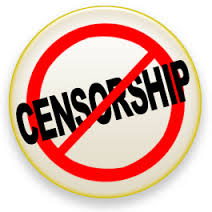 It’s a fair assessment to say that although Americans fall short on developing healthier eating habits, they can never be accused of falling short on their use of curse words.  Americans, hmmm, I’ll go out on a limb and say most English speaking countries, can be quite creative actually when spewing expletives that are anatomically impossible.  Good grief, one only needs to Google curse words, and you’ll find some quite humorous as well as embarrassing phrases.  Still, it is not a secret that curse words are deeply ingrained in the American culture, particularly in her Hollywood blockbusters, music, and sports arenas.

So, it was no surprise to read this interesting blog in today’s Chronicle of Higher of Education whereas a German commentator uttered English curse words following the results of an Eurovision music contest. The blogger said that the words used were sure to incur the wrath of the FCC. Really? Yet, nudity on most European beaches is as common as baseball and apple pie.  I digress. The blogger then asked in her final argument: “Does this mean that adopting a language’s curse words leads to adopting a culture’s taboo topics? Or instead that by using those words in a casual way, non-native speakers chip away at the taboos? It’s a question that brings us back to politics, and the degree to which foreigners adapt to a new culture or change it.  I like that it goes both ways.  We’ll find out soon how many Europeans agree.”