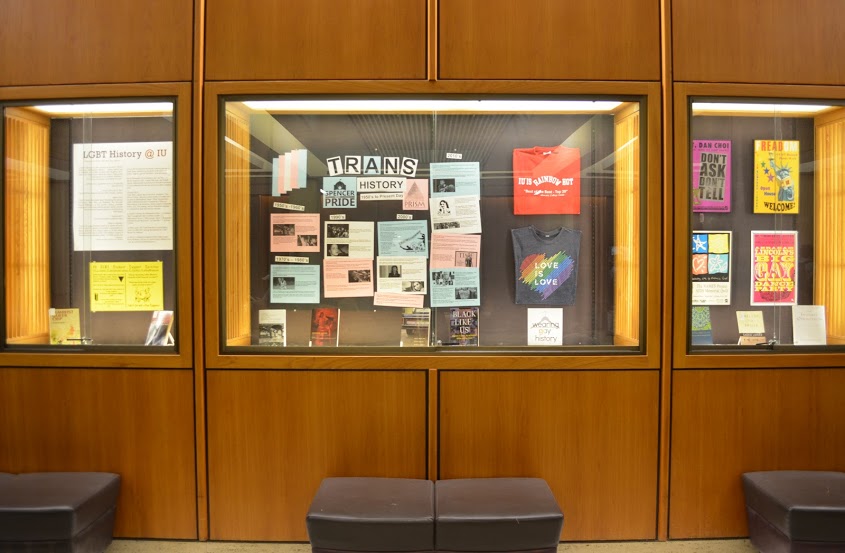 [Over the next few weeks, in celebration of LGBT History Month, I will be highlighting films that attempt, in at least some small part, to do justice to the varieties and diversity of queer experience]

History, and its representation, is a fraught and frustrating undertaking for most who seek to engage with it, and this has never been truer than it is today in our current media environment. As previously (and continuously, we must acknowledge) marginalized subjects and communities take back their agency and make their voices heard, and as librarians, archivists, and scholars make further investments toward ensuring resources are widely (and often freely) available, attempts to tell stories based on individual interpretations or even commonly-accepted versions of history are subject to a much greater degree of informed scrutiny and critique. It’s easy to see, then, how one might view the sometimes predictable (as if the reliability of an argument somehow undermines its legitimacy or importance) cycle of criticism and backlash which many (a)historical films face throughout production and release as ultimately an obstacle to artistic integrity or the oft-abused notion of “freedom of speech.” Nevertheless, somehow, movies keep getting made.

Despite what we might think about the individual merits of any film, art, in my opinion, always speaks not only for the intentions of the artist, but to the contexts and systems that have made its existence possible. Whether we should be looking to history and always coming up with heroes is a question outside the scope of this piece, but what’s absolutely clear is that, especially for those of us who have only very rarely (or very recently) had complex, let alone positive, queer characters to engage with, the very necessary world-building work that representation provides is essential, even if it isn’t all that we need. We need to see that we can and should exist, even piecemeal and even if it’s just a matter of providing some of the vocabulary we need to continue evolving (and thriving) as individuals and within communities. When our cultural products, especially those masquerading as “history,” continue to proffer white-washed, heterocentric, and sexist (and/or cisnormative) visions of the world we live in, it’s easy to assume we didn’t exist or, if we did, that we didn’t matter.

This brings me to Stonewall, the recent Roland Emmerich film that has recently crashed and burned in theaters. Writers from around the internet have lambasted the film for centering the white, cis-male perspective of its protagonist while glossing over the contributions of queer folks of color and other genderqueer individuals. Though we will likely never know, with any real certainty, who threw the first brick, what we can talk about is what these conversations mean about and for us. As Susan Stryker put it, eloquently distilling the structural nature of these conflicts:

“Arguing about whether drag queens, transwomen, butches, or gender-nonconforming street kids were present at Stonewall, or whether they (and they alone) were responsible for escalating the resistance to police violence, serves mostly as an arena in which some non-transgender gays and lesbians can express antipathy towards trans people and reject political alliance with them as part of an imagined LGBT community. Likewise, trans people, particularly trans people of color, engage in the same debates about history to express justifiable outrage over continued marginalization of, and prejudice toward, trans people by many homonormative cisgender gays and lesbians. Fighting over Stonewall history is a proxy battle for more entrenched structural conflicts.”

Erasure, in other words, has continued resonance, especially for people and communities who continue to be erased. Whether or not you choose to see Stonewall (and I would never suggest you just take my word for it), one of the best ways to celebrate and acknowledge queer people is to engage with our turbulent, beautiful histories. Here are a few films that attempt to do justice to us.

A chronicle of New York’s drag scene in the 1980s, focusing on balls, voguing and the ambitions and dreams of those who gave the era its warmth and vitality.

Marlon Riggs, with assistance from other gay Black men, especially poet Essex Hemphill, celebrates Black men loving Black men as a revolutionary act. The film intercuts footage of Hemphill reciting his poetry, Riggs telling the story of his growing up, scenes of men in social intercourse and dance, and various comic riffs, including a visit to the “Institute of Snap!thology,” where men take lessons in how to snap their fingers: the sling snap, the point snap, the diva snap. The film closes with obituaries for victims of AIDS and archival footage of the civil rights movement placed next to footage of Black men marching in a gay pride parade.

A documentary surveying the various Hollywood screen depictions of homosexuals and the attitudes behind them throughout the history of North American film.

How to Survive a Plague

The story of two coalitions — ACT UP and TAG (Treatment Action Group) — whose activism and innovation turned AIDS from a death sentence into a manageable condition.

And, offered freely online thanks to the excellent, queer-centric curation of Frameline Voices, Pay it No Mind: Marsha P. Johnson:

Stay tuned for my review of Tangerine, which I was worried wouldn’t ever make it to Indiana! In the interim, I highly suggest the shorts program being screened this Friday at the IU Cinema: Queer Mythologies // Queer Histories.