We often enjoy animated films because of the beautiful artwork that goes into them.  Companies such as Pixar and Disney, as well as Studio Ghibli in Japan, are well-known for their excellent storytelling through animation.  However, there are other types of  animation that are just as amazing and innovative, such as claymation and stop motion films.  With these films, the creators hand-make the set pieces and the characters and spend hours upon hours moving the pieces to create shots for the film.  It is an extremely detailed and time-consuming work.  In honor of those creators, I would like to present a list of five films that exclusively use claymation and/or stop motion. 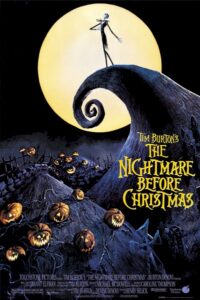 Bored with the same old scare and scream routine, Pumpkin King Jack Skellington longs to spread the joy of Christmas. But his merry mission puts Santa in jeopardy and creates a nightmare for good little boys and girls everywhere. 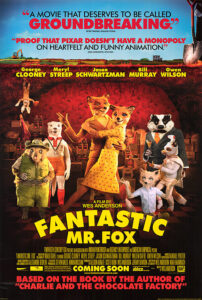 Mr. and Mrs. Fox live a happy home life underground with their eccentric son Ash. Mr. Fox works as a journalist, but against the advice of Badger, his attorney, he moves his family into a larger and finer home inside a tree on a hill. The treehouse has an excellent view of the nearby farms of Boggis, Bunce, and Bean. Ash becomes hostile when his cousin, Kristofferson, joins the family for an extended stay. Mr. Fox decides to raid the farms, but this leads the farmers to stakeout the treehouse. The farmers try to dig the Fox family out, but they dig even faster. Mr. Fox organizes a tunneling project to burrow under all three farms and steal all the chickens, ducks, geese and turkeys. 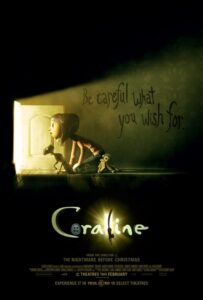 A young girl walks through a secret door that she has found in her new home and discovers an alternate version of her life. On the surface, this parallel reality is eerily similar to her real life, but much better. When her adventure turns dangerous, and her counterfeit parents, including the Other Mother, try to keep her forever, Coraline must count on her resourcefulness, determination, and bravery to get back home and save her family. 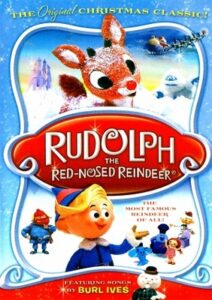 Christmas will be cancelled unless Santa can find a way to guide his sleigh through a blizzard. 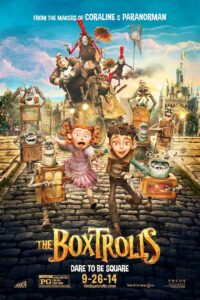 A community of quirky, mischievous creatures who have lovingly raised an orphaned human boy named Eggs in the amazing cavernous home they’ve built beneath the streets of Cheesebridge. When the town’s villain, Archibald Snatcher, comes up with a plot to get rid of the Boxtrolls, Eggs decides to venture above ground, ‘into the light,’ where he meets and teams up with fabulously feisty Winnie. Together, they devise a daring plan to save Eggs’ family.

Bonus: All of these titles are available at Media Services!