The English language abducted the word “queer” from the Germans around the time English became an entity of large scale language abduction in the 16th century. It was a word that meant some Derridian amalgamation of strange, odd, peculiar, and eccentric as well as referring to something suspicious or “not quite right” and a person with a “mild derangement” exhibiting “socially inappropriate behavior.”

As a verb it meant to spoil or ruin. 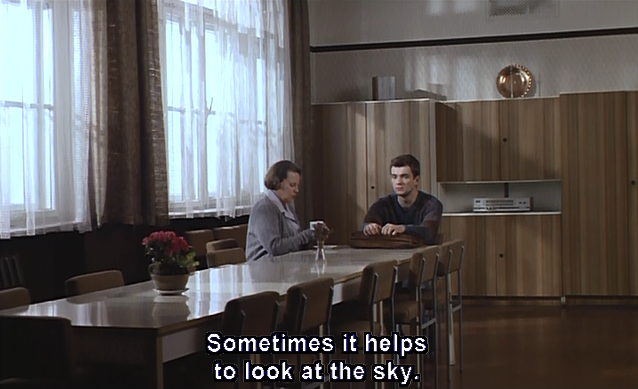 In this scene from “Coming Out” (1989), the principle (on left) gives advice to her struggling teacher (on right.)

Derrida, like Freud’s Interpretation of Dreams, teaches that the meanings of words (otherwise known as the dreams of language) take the form of a complicated, thoroughly historicized system of “ands”–that words always-already mean everything they have ever meant simultaneously. The symbolic system defining the word “queer” then, as English went leaning into the 19th century (where Foucault finds the origin of an identity that becomes the major embodiment of modern queerness: homosexuality), should be something like the “gay film” in that it is troubled by intersecting definitions. However, where the spoiled strangeness of the word “queer” blended all the suspicions and socially inappropriate oddities of its original definition with the identities of physical human bodies resulting in a multiplicity of plots for queer identity, gay film (or at least the selection that is presented here) has an incredibly narrow definition of not only gay male life, but queer interlocutory relationships more broadly.

Or, restated, given the development of the word queer as it comes to be vaguely synonymous with gay, gay film might be excepted to be all high-octane oddity and aberrant social behavior, but in reality it’s mostly silence.

This is not to say that the two words (queer and gay) are interchangeable, nothing could be further from the truth. However, colloquially it is common to use them in this way. You will catch me doing something similar here, although know that I am aware of it. For now, let it stand as an interesting undercurrent to this argument: my struggle to differentiate them. Ask yourself, as I am asking, what does it mean for one word to eat another word, or, how do we make words that accurately represent/navigate lived experience and Freudian slips?

About a hundred years after the year Foucault pinpoints as the origin of homosexuality as an entirely separate identity (not just practice) from heterosexuality, when protests sprung up at Stonewall sending gay activism and scholarship into a spiral of radical political discourse that positioned homosexuality as diametrically opposite to heterosexuality, the word “queer” found reclamation among scholars (especially scholars of color) who rejected the idea of identifying away from heterosexuality as liberating or even productive to the cause of gay activism. To poorly paraphrase mountains of beautiful scholarship, these scholars sought to reclaim “queer” as a scrap of language that could function both as a signifier of non-conforming identity as well as a sigil to the transhistorical plight of the LGBT community. Queer scholars and activists charged through the era of the AIDS crisis with this new, more inclusive signifier for bodies refusing to conform to binary gender or sexuality. They lay siege against the rhetoric surrounding the LGBT community from within as the media tapped into the latent Lavender Scare paranoia surrounding the queer body to assault its signification from without, sparking a phoenix style combustive rebirth for the discourse surrounding queer identity that left a catastrophe of dead bodies and their signifiers at its feet rising into the twenty first century. 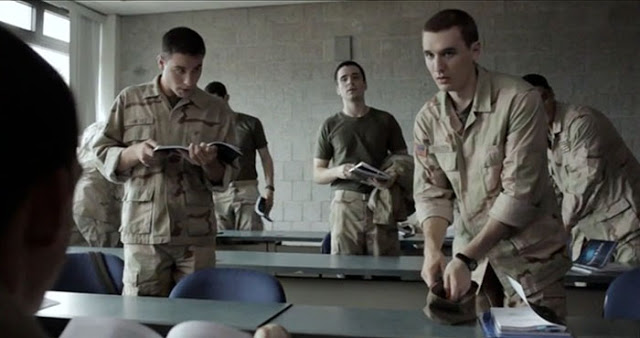 It is this transformation that this poor selection of films seeks to chart. And it is poor. The earliest films on the list are the German film Coming Out (1989) and Gus Van Sant’s My Own Private Idaho (1991), with the majority clustered into the second decade of the 21st century. This list is so lacking not because there are not great gay films being made all over the world (some of these are arguably part of that classification), but because this is the selection that is most readily available for consumption. These films are all either on Netflix or held as part of the collection here at the Herman B Wells Library. That most of them came from Netflix, that the Netflix selection is, as you will see if you follow me down this road, very small in terms of theme and style (even as the films gather from around the world), has something to tell us about the way not only gay men are viewed (literally filmed), but also how mass markets choose to engage with the homosexual (perhaps thus implicitly “queer”) body. There is an apparent pigeonhole that reeks of the kind of tropes found in Blacksploitation films. There is a singular narrative arc, like a Vladimir Propp tale type, that typically either culminates in euphoric erotic encounters or cruel, soul crushing loneliness. Though this plot is cycled through many different types of characters across several countries, it is always an echo. This echo is the specter of something sinister and ultimately sad that lurks beneath the monotony of constant restatement. Whether it’s the thankless work of slowly establishing a kind of globally hegemonic form for the narratives  of gay men (like the heterosexual RomCom), or a maddening insistence on the revelation of the staying power of overly simplistic stereotypes, or simply the most marketable plot line for any kind of love is not something I’m prepared to say.

What I am prepared to say is: it’s boring. 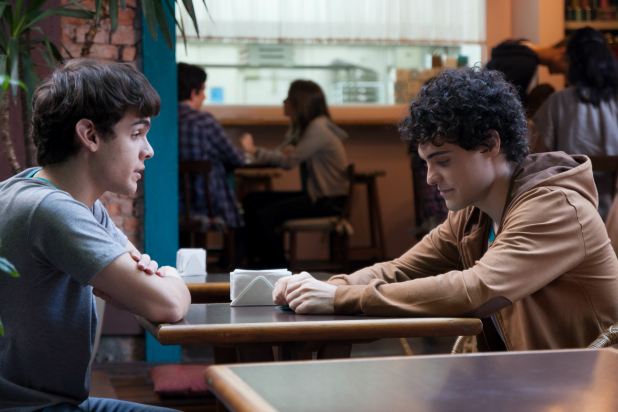 There is an apparent tone of spatial meditation to all these films–no matter how silly or how serious–long shots spent looking out at the sea, close ups into the trees, a bell tower and the wind. It is as if all these film makers (across several countries and a two decades) have found and find it necessary to show the space around the queer body. These film makers, from Private Romeo to My Own Private Idaho, seem to understand the thickly politicized space that chokes at the queer body–as if the history of the word itself huddles there, covered in shame, and horror, and blood. But hilariously (perhaps, hysterically) throughout movies like The Way He Looks, Seashore, Boys, and Weekend (and in several  moments in all of these films) there is an incredible boredom that settles over the plot, a rumination both of camera and character on the body in space that translates into largely silent shots. This silence is almost always aural, but is often also visual: an empty field along the highway, the solid space of skin interrupted by a freckle on the back, an anonymous street, an elbow, four telephone poles swaying in the countryside, four feet braided into the end of a couch, an empty bed smothered in another day’s sunlight, a smothering shot of someone’s nose and mouth. 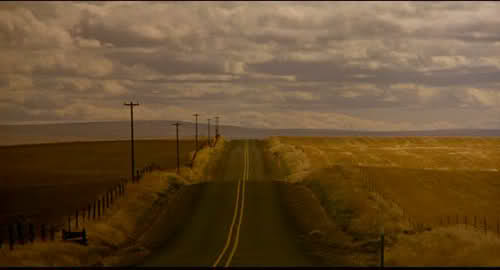 All of these films have at least one sequence like this as well as sequences that perform a similar silence which deals with sight. Dawn breaks over track practice as the Boys run circles around each other. At a park in the middle of the day a young Joseph-Gordon Levitt uses eye contact as a form of non-verbal contract. In the fictional documentary about a boy who wants to make a documentary about a male stripper the plot actually hinges and crumbles around a kind of silent voyeurism that is meant to mimic the avant-garde art films of Andy Warhol. In all these cases love’s muse is both the silent queer body and the space he taboos which constitutes his surround: the track, the small town park, the club. Here the paths diverge, where the apparently boring rolls over into the abundantly meaningful: this preoccupation with silence and space, with fragmented images, dismembered bodies, and reflection reveals these films, as a sampling of the corpus of gay film, are attempting to translate a queer experience of space-time and in doing so utterly normalize it. It would appear that the project of these filmmakers is to systematically strip the space around at least the gay male body of all the pressure of history (both linguistic and lived) until suddenly it seeps into something like boredom, which is in actuality just the remarkable normal-ness of any day-to-day gay male experience. 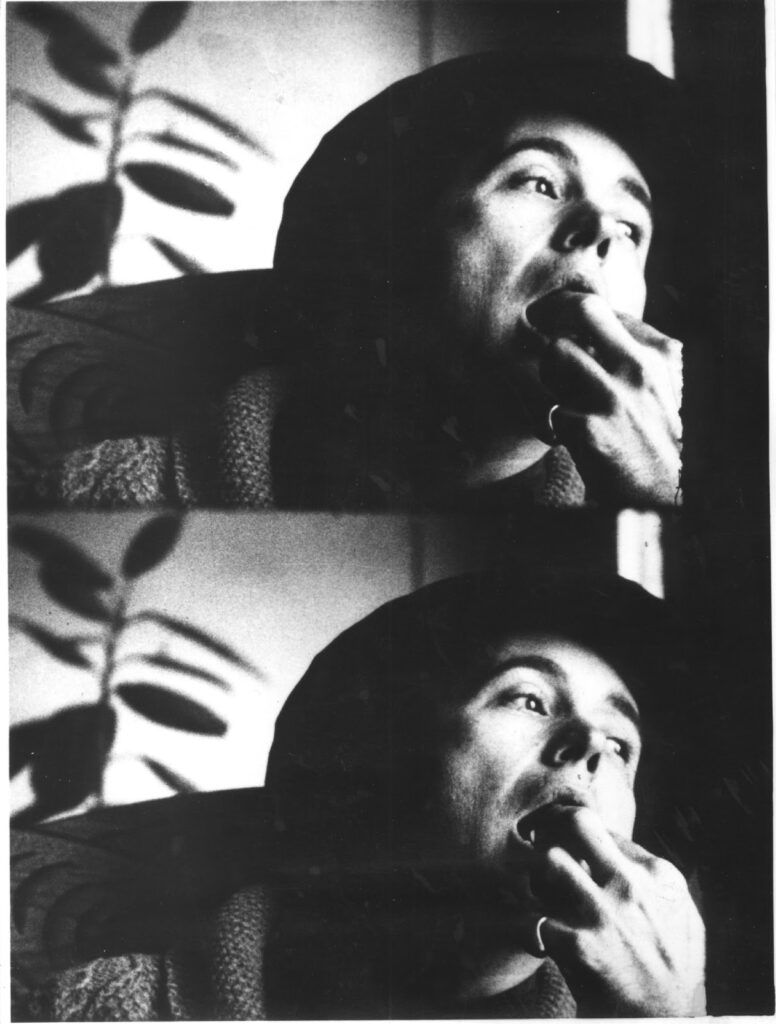 These films scream: Gay men have muddy shoes and pause to stare up into the magnolias. Gay men ride bikes, enjoy ice cream, occasionally flirt with girls for fun, go swimming in lakes. They excel at playing sports, they excel at playing each other, they are implicated in the body politic outside of their own identity politics, they go to the movies, mow the lawn and sweat, save money in jars, work shit jobs, wait for old women to count change at the counter, and most of all: They have problems more relevant to them than their own queerness.

I’ll repeat that: gay men have problems that are more pressing, more involved, more life altering, and frankly more important than their sexuality. They do not go around all day worrying over how they are perceived.

In a poignant and hilarious scene from Beyond the Walls (2012) the French Paulo who has shacked up at the Albanian Ilir’s apartment after his girlfriend kicks him out for doing the sex with men on the sly (read the politics of that!) gets angry with his new partner because he thinks Ilir is afraid to be seen holding his hand in public. So when they get to the convenient store, Ilir yanks the PA away from the cashier and announces over the loudspeakers that he and his lover are here looking for condoms so that they can go home and make the beast with two backs all day. This scene dispels both the viewer and Paulo of the delusion that the political problem of the film is going to hinge on their sexuality when, in fact, it is a film about the relationship between Eastern and Western Europe.

Do not mistake me: I am not trying to say that the crisis of the gay male body is trivial or nonexistent, nor do I think the films are arguing for this by conjuring the boredom of everyday  life. What I’d like to pull from this viewing is that there seems to be a global community of film makers who have made it their project, in one way or another, to enter, interrogate, and destigmatize the space-time of gay male experience. That these film makers understand the value of the sometimes “boring” work of making something read as normal. And that, broadly, this trend reflects a larger shift in the global community towards understanding the gay male body, and perhaps the queer body more generally, as integrated within the same systems of spatial and temporal existence as the heterosexual bodies, taking a radical step forward from the deviance and defect that the pejorative “queer” connotes.

Or anyway, I sure hope so….