When books are adapted to movies, it’s impossible to copy the original word for word. Often times subplots, scenes or other elements in the book are left out of the film to meet an acceptable runtime, and this can harm a reader’s appreciate of the film version. Since a book is interpreted differently by all who read it, it’s impossible for the person adapting the work to please every member of the audience. When I watch an adaptation of a book, I’ll often walk out thinking “man, I wish this was more like how I imagined it,” but there’s one movie adaptation that is so faithful to the source material that audiences everywhere thought “man, I wish I imagined the book more like that!” This adaptation is Peter Jackson’s The Lord of the Rings trilogy, based off of J.R.R. Tolkien’s classic fantasy novels…

I remember distinctly one case in which the book and movie were almost insultingly different, but most other times I was at least satisfied with the adaptation. The story I’m referring to here is Angels & Demons by Dan 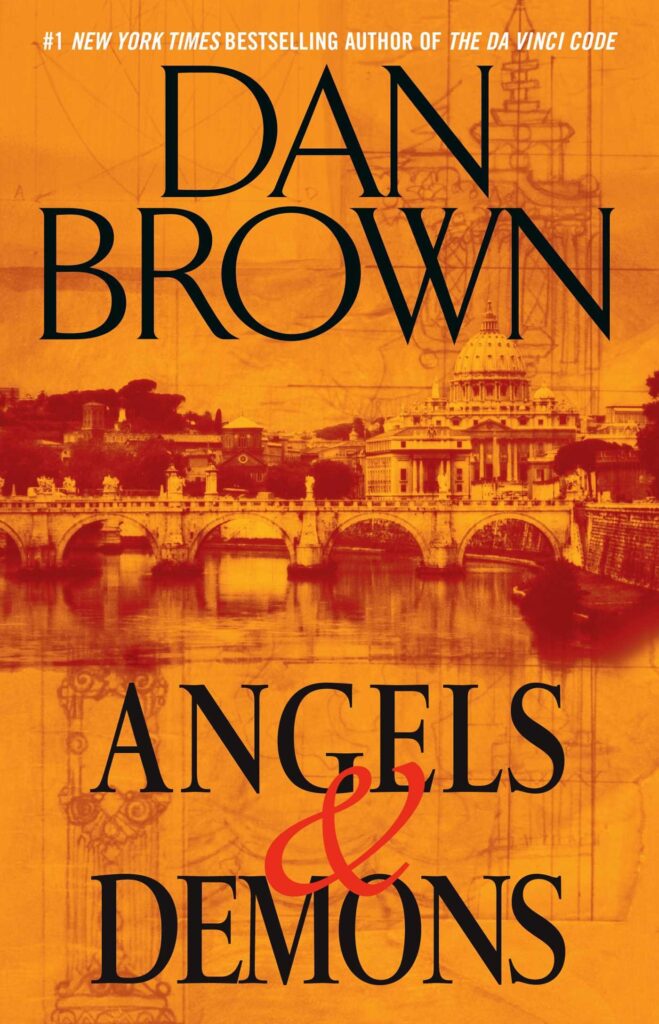 Brown. I watched The Da Vinci Code and enjoyed it, but then I watched Angels & Demons and absolutely loved it. Amazed with the film, I decided to read the book to get the whole story, and I was just awe-struck with the book as well; it had so many things in common, but so many more sequences that the movie left out as well. I couldn’t have been happier with my experience. Then… I watched the movie again. And I hated it.

So, years passed with me not really reading much (although I’ve still read a lot) until recently when I read A Scanner Darkly and then watched the movie. I was still underwhelmed with the adaptation, but having seen so many, it has become apparent that things have to be left out to make run time, budget and a condensed plot, so it’s understandable that things won’t be exactly alike. Also, I find it unfair when people complain about things such as “well, in the book it was like this…” or “this is nothing like the comics!” and things like that. To me, and adaptation is just that, an adaptation and not a direct translation. It’s important to realize that difference, which is the case with almost every single adaptation ever. I think that only the author of the book can write the screenplay for the movie and have his or her vision be left intact for the film. Otherwise, you’re getting somebody else who may have had a slightly different experience with the story than it was intended, and the movie may not work in the end. These interpretations are what can make or break an adaptation for a fan of the source material. 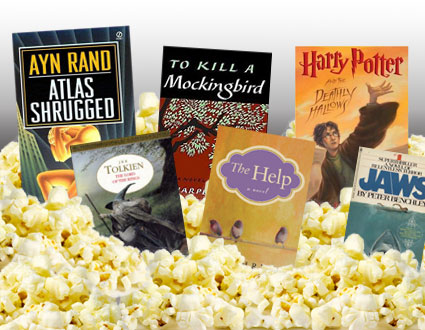 The gist of what I mean by this is that expectations ruin people’s experience with a movie adaptation of a book, and I am not excluded from this presumptuous nature. A book is such an intimate experience, and it becomes so personal because it’s a story that it feels like the author is telling YOU. You can’t read a book with other people the same way that you can read it by yourself, but you can watch a movie with people the same way you can watch a movie by yourself. Because of this, a certain intimacy feels sacrificed and that alone means that the experience is going to be different. The point I’m leading to is that you can’t at all expect the same experience in watching the movie as reading the book, for that reason as well as many others. Time is another reason, of course, as it could take a dozen hours to read a book, and a movie can’t be a dozen hours long and be released in theaters. Automatically, some aspects of the story have to be traded in for other elements in which the movie CAN achieve. There are many things that books can do which movies cannot, and vice-versa. Movies and books are, to me, meant to be different things entirely. If you want the source material, then revisit the source material but don’t expect to see a direct translation onto the screen. Thera are many examples of certain stories working in a given medium that don’t translate across all platforms of media.

Video game movies are a great example of how certain things just don’t translate well, even if the source material is plentiful and acclaimed. The fun thing about video games is that you’re on your own pace to tell the story; in a movie, there is a run time and a budget and expectations that need to be met that simply, and frankly, kill part of the fun of video game movies. Let’s put this into perspective really quickly: would you watch a Grand Theft Auto movie?

You have, it’s every bland action movie with a cheesy antihero… without any of the fun elements of the game. What makes those games fun is that you can hijack cars, shoot down helicopters, and do crazy things via your own free will, while a character in a movie doing that would be despicable, crazy and the film would not be fun to watch. Simply put, the movie would suck, even if it’s exactly like the game.

All of this (about adaptations now translating well) being said, The Lord of the Rings is an exception in just about every way. Peter Jackson took what people assumed was only imaginable, and made it a reality. He made the 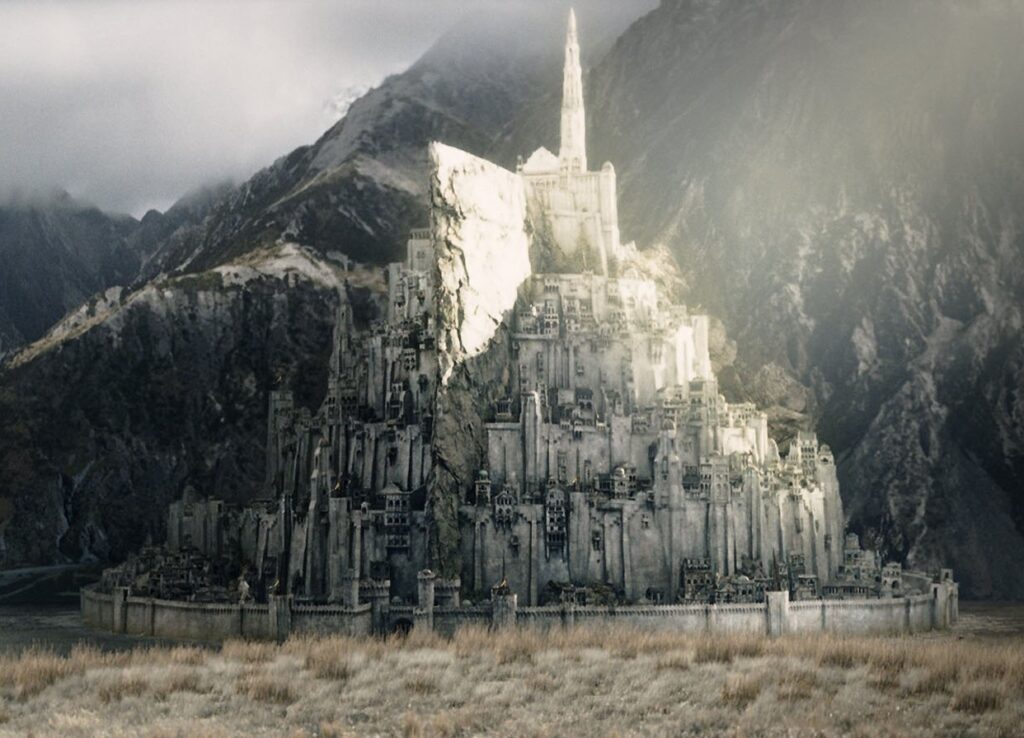 grandest, most epic and large-scale cinema production in sci-fi/fantasy history, and thus, created a masterpiece of a trilogy. Sure, there are elements of the books that are left out, or translated differently than some would have expected, but all in all, the story on the pages is the story on the screen with just as much passion behind the project as if Tolkien shot it himself. The elements that were chosen to be left out were done so because they aren’t required for the rest of the story, and they weren’t some of the best aspects of the novels (a lot of movies have this problem of leaving out the most memorable moments).

The characters are perfectly cast and the actors become these characters completely; I’ve seen Viggo Mortensen in many other things but I never see him as Aragorn unless I’m watching The Lord of the Rings because of how well he brought that character to life. The same goes for all of the other performances as well, especially and most notably Andy Serkis as Smeagol/Gollum,

who created a worldwide phenomenon of a character, and birthed his incredible career as THE name and face of motion-capture in the film industry. In the novels, one could imagine Gollum as a great character, but that imagination would be incomparable to the cultural icon that he became because of these films. Furthermore, the technology and techniques used to give us Hobbits, Elves, Dwarves, Orcs, Goblins, Dragons, Trolls, Giants, Balrogs, Dragons, etc. far outshine all other fantasy films and was just a love-letter to J.R.R. Tolkien and all fans of his work.

There’s not enough praise that can be given to this trilogy, whether we choose to look at them as stand-alone films, or as adaptations of classic literature, whatever. These films are staples, tentpoles, and beacons of cinematic quality and debatably perfection as well amongst all other films. These reasons, and dozens more are why The Lord of the Rings is the best book-to-movie adaptation, in my opinion. What do you think? Any books that made great movies, or bad ones? Any books that you’d like to see get made into a film? Let me know! Come to IU Media & Reserve Services on the ground floor of the Wells Library to check out The Lord of the Rings trilogy, extended and theatrical, as well as many other great movies, games, audiobooks and TV shows! See you soon!