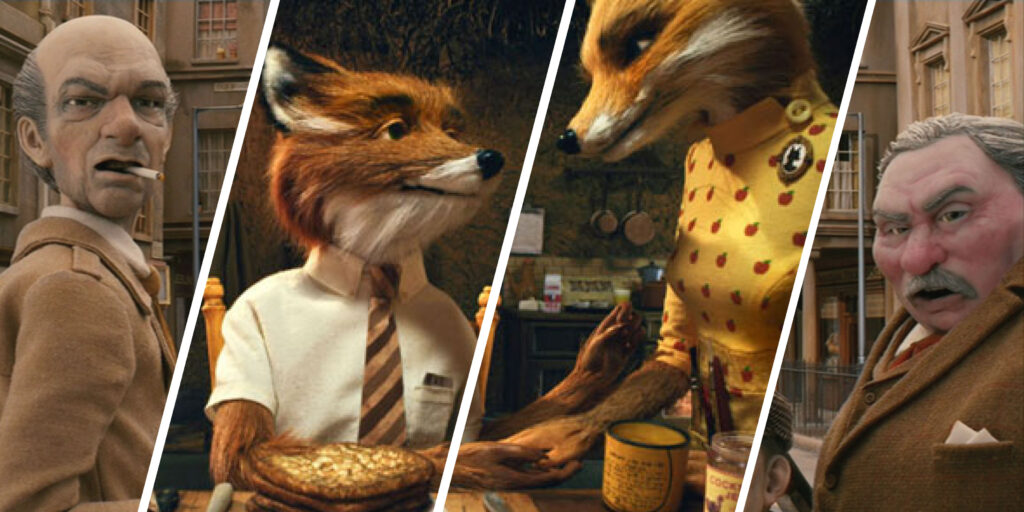 Many of the works of the beloved children’s author Roald Dahl have found their way onto the silver screen. From Matilda to The BFG, Dahl’s written work has taken on a second life in the form of film. Perhaps this is because of how unique Dahl’s children’s fiction is, and how readily his material lends itself and adapts to the screen. Dahl’s work is distinctly mature for being stories meant for children. His stories are often darkly comedic and occasionally find themselves bordering the morbid. Anyone who has seen Willy Wonka & the Chocolate Factory knows that the wicked are punished, often brutally, for their impropriety. Dahl’s stories show how the good and the pure ultimately overcome the iniquitous and immoral. Such mature themes make it difficult to classify film adaptations of his work as “kid’s movies.” But that is the beauty of Dahl’s storytelling: he does not flinch from the notion that children can be adult, or that adults can be childish…

Nowhere has this been more evident than in Wes Anderson’s stop-motion adaptation of Fantastic Mr. Fox. This film tells the story of Mr. Fox (voiced by George Clooney), his family, and his community by revolving around him and his struggle to balance his own nature with his family life and environment. The beginning of the movie reveals that Fox used to be a young and strapping poultry poacher, stealing scrumptious squab from unsuspecting farmers. Fast-forwarding 12 years to the present reveals that this is no longer the case; Fox has made a promise to his wife, Felicity (voiced by Meryl Streep), that if they were to raise a family together than he was to stop stealing from farmers. Fox is now fully employed as a columnist at a local newspaper, living with his wife and son in a modest den. 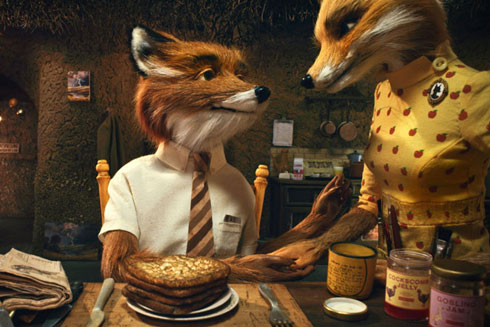 It becomes quickly evident that Fox is no longer happy with his living arrangements. He’s tired of feeling poor, despite the relative comfort of his home and lifestyle. He has trouble relating to or understanding his son, Ash, which puts pressure on the family. This is made acuter by the arrival of Ash’s cousin Kristofferson, who seems to be better than Ash at everything. All in all, Foxy just isn’t happy with his current circumstances. Fed up with feeling poor, he investigates moving into a new abode; an oak tree. When Foxy goes to inspect the tree he notices its proximity to the farms of Boggis, Bunce, and Bean. Boggis, Bunce, and Bean are the names of three farmers with bad local reputations.

These horrible crooks, while incredibly different in looks, are nonetheless equally mean. 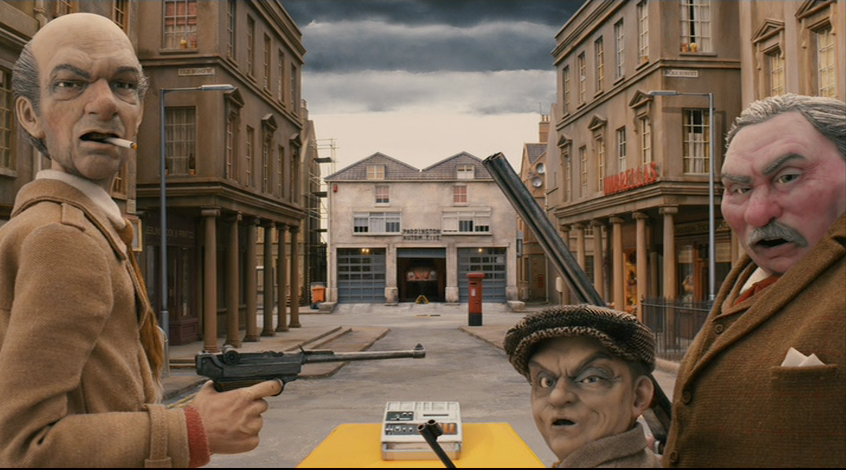 The thought of neighboring these wealthy farm spurs Fox into purchasing the oak tree and moving his family in. From here, he breaks the promise to his wife and begins stealing from the various neighboring farms. This sets off a chain of events that lead to (spoilers…), the destruction of his home, the neighbor animals homes, and an eventual showdown. Ultimately Fox is left to use his cunning, skills, and family to overcome the nasty farmers that he himself got tangled up with. 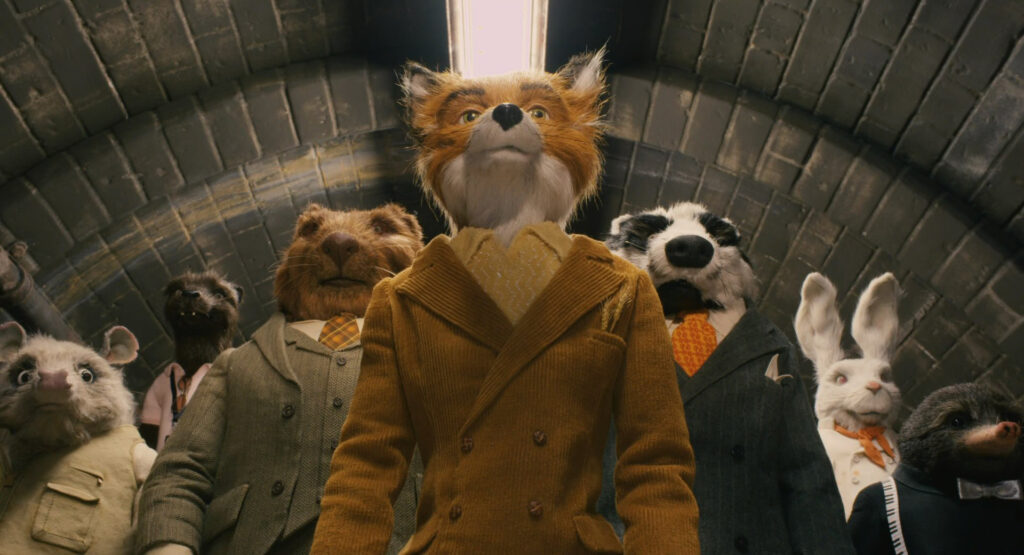 Despite coming across as kid’s movie about anthropomorphic animals, this film explores some very mature and critical themes. The film delves into what it means to be a father and husband, and the relationships of this family. Foxy breaks the promise he made to his wife, and in doing so turns everyone’s lives upside down, but it also forces him to look at himself, to acknowledge who he is. With this, he finds isn’t that he isn’t just an animal with a craving for birds, but also a father and a husband. Through the hardships of the film, Fox gets to know his son and they find more love for one another than they would have otherwise. Furthermore, the movie also explores issues of class struggle: Foxy feels poor and decides to take on the wealthy and greedy farmers. In retaliation the farmers destroy almost everything, nearly killing every animal in town. In the end, it is the lower class, the downtrodden and weaker animals, who are the heroes and who are able to best the malicious Boggis, Bunce, and Bean.

In summary, Fantastic Mr. Fox is a “kids” movie for everyone. Kids will be able to enjoy it, but adults may get a lot more out of it. It’s a “tail” of family and struggle that is beautifully portrayed with the charm and wit of Dahl and Anderson. Without a doubt, the film has something that everyone can love and is genuinely heartwarming. This film and the rest of the film adaptations of Dahl’s work can be found right here at Media Services in the ground floor of Wells Library!