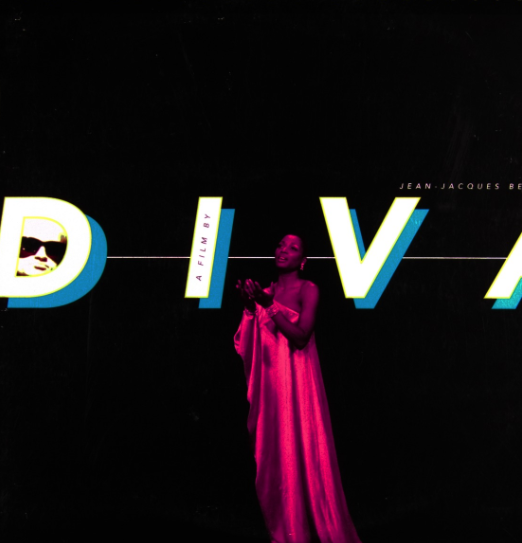 Blue, Purple, Pink. Slap on some neon and you have yourselves, at the very least, an aesthetically pleasing scene. This color trio has been showing up increasingly in TV and film. Is Stranger Things to blame? An 80s-nostalgic itch that this generation of content makers is scrambling to fill our screens with? Let’s dive deeper into the psychology of why these colors are so engaging.

The Pantone Color Institute named Ultra Violet as its 2018 color of the year, stating the choice was influenced by the aesthetics of artists Prince, David Bowie, and Jimi Hendrix.

Blue: This color calls to mind feelings of calmness and serenity. It is a sign of stability and reliability. While there are many positive traits associated with this color, the age-old phrase “feeling blue” can hold true as well.

Purple: This color does not often occur in nature, and therefore has become a symbol of wealth and royalty. It can be symbolic of strength of character, as seen with the Purple Heart award in the military.

Pink: The lovechild of white and red, this color is strongly associated with femininity. Other traits associated with pink (and femininity) are kindness, nurturing, and compassion. Due to these strong associations, this hue appears frequently in discussions about the complex social constructs between gender and color.

So, what are these colors doing together? Let’s look at some examples of this aesthetic phenomenon available now in Media Services!

“San Junipero,” the Emmy Award-winning episode of Black Mirror, explores emotions transcending consciousness, decade, and even lifetime, as well as producing a rich and layered story revolving around two bisexual female characters in the 1980s. 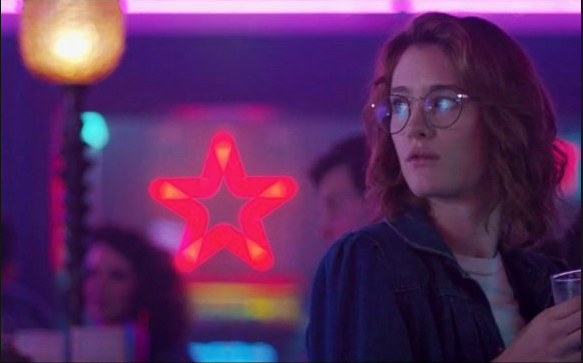 The Academy Award-winning film Moonlight also includes this color trio, right on the cover. Moonlight tells the story of Chiron, a Black man in Miami whose life is presented in three stages. The film covers many topics such as sexuality, identity, race, family, abuse, and drugs. 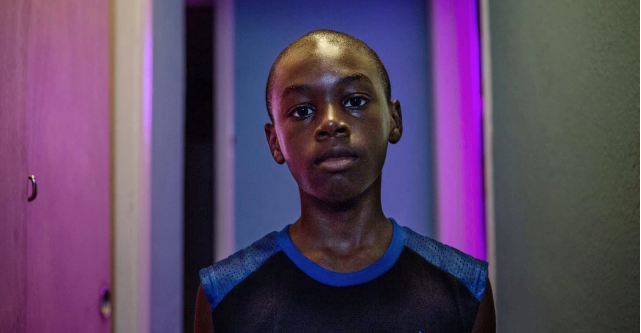 The nostalgia can once again be seen in Blade Runner 2049. New fans to the franchise can rest easy, as you do not have to have seen the original to enjoy this Academy Award-winning and visually captivating film. This neo-noir film employs gorgeous cinematography that at many points makes up for some lackluster storytelling.

Atomic Blonde, a 2017 action thriller starring Charlize Theron and set in the 80s, rounds out this list. 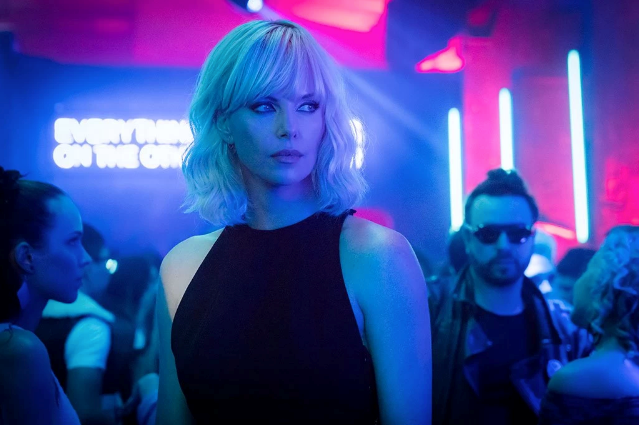 There are many more examples of this color combo in contemporary film and television. We may not be able to pinpoint just why hot pink, electric blue, and Paisley Park purple are so hot right now, but from what we can see so far, the trend will continue to captivate audiences a while longer. CC

Casey Callas is a senior studying Liberal Arts. When she isn’t watching movies, you can find her napping in a hammock somewhere around campus.