Films have no boundaries when it comes to the topics they can cover, and I find them a great resource to expose myself to new ideas. For example, bioethics was a topic I was unfamiliar with, but through several films, I have had the chance to be exposed to the concept and how it is relevant to today. The main focus of the following films isn’t bioethics itself but the telling of a particular story. However, through their narratives, they reveal instances where morality and ethics intersect with the medical industry. The four basic principles of bioethics are: 1) acknowledging the autonomy of the patient; 2) doing no harm/non-maleficence; 3) doing good/beneficence;  and 4) justice. The following films explore these themes. 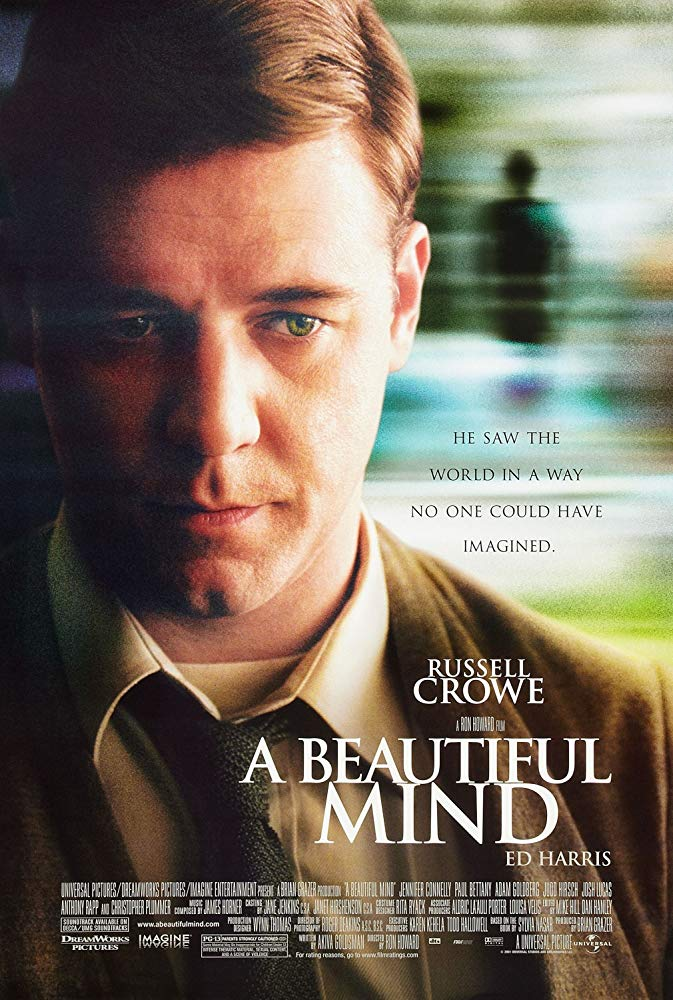 A biographical drama, this film follows the life of John Nash, a Nobel laureate mathematician. During his time as a graduate student at Princeton University, he begins to develop paranoid schizophrenia. However, John is resistant to medicating his illness as the prescriptions interfere with his work, and the film shows his struggle to cope with his hallucinations and episodes. This film relates to the four principles of bioethics (listed above) that physicians and other practitioners are supposed to uphold.  As seen in A Beautiful Mind, a patient, especially one with cognitive impairment, can make a decision that isn’t in their best interest (i.e. John deciding he doesn’t need the medicine), thinking that there is nothing wrong with them. John’s decision not to treat his illness brings up the question of whether his doctors should respect John’s autonomy to make that decision for himself, or if his illness makes him incapable of doing so. 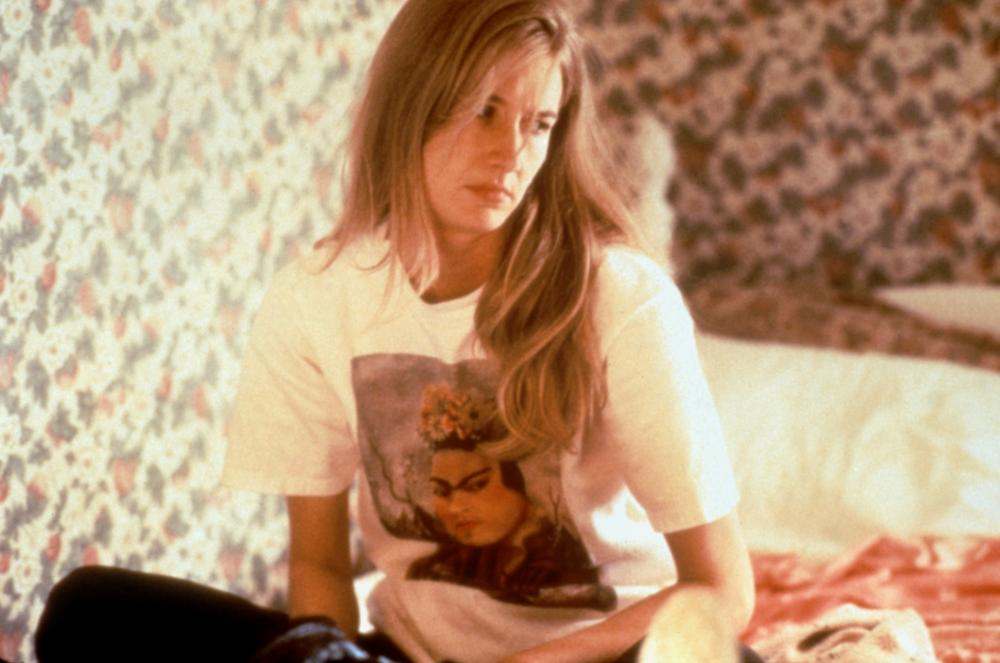 This film follows the titular character and her involvement in an abortion debate. Ruth, a woman with drug and alcohol dependency, finds herself pregnant and in jail for her drug use. Fed up with Ruth’s frequent appearances in his court, and the lack of responsibility she exhibits toward her four other children who are in foster care, a judge presents her with felony charges but promises to be less harsh with her if she gets an abortion. This sparks a huge battle between people on both sides of the argument. The pro-life supporters treat her with kindness and support her, but only as long as she vows not to get an abortion. On the other hand, the pro-choice supporters do the same exact thing of providing conditional kindness to Ruth. As the film progresses, it becomes clear how no one on either side really cares about her. They only care that she makes a decision that supports their agenda. The film doesn’t try to make a statement supporting one side over the other. Instead, it highlights how, being overly concerned with an agenda, all parties fail to recognize Ruth as an actual person and not just a vessel for sending a message to the world. This film brings up themes similar to A Beautiful Mind: does Ruth, a person with alcohol and drug dependency, have the competence and the autonomy to make a decision for herself? In addition, the actions of the pro-life and pro-choice supporters spur the audience to consider the implications of utilitarianism: a doctrine in which the end justifies the means. In Citizen Ruth, both sides are willing to do whatever is necessary to win the battle against each other. 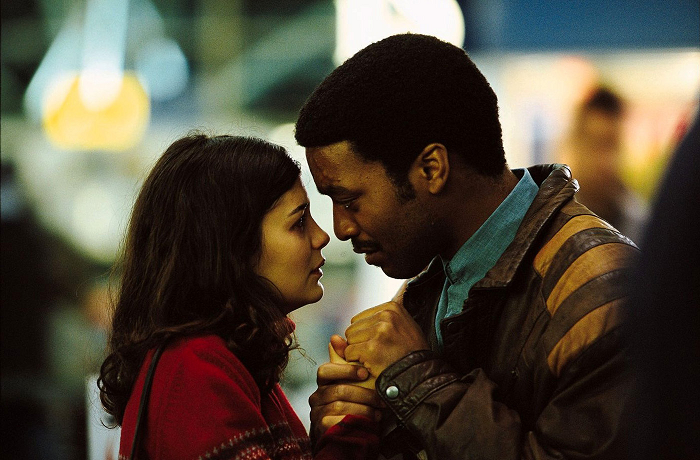 This film follows the lives of two immigrants as they struggle to make a new life for themselves. Through a series of events, they end up involved in an organ-harvesting ring where immigrants exchange their kidneys for forged documents. Unfortunately, organ harvesting isn’t limited to the big screen; it happens all around the world today as people sell their organs for money, for paperwork, etc. (some recent statistics can be found here). It brings up the controversial question of whether people should be able to sell their organs in the same way they can sell their sperm or plasma for money. The current state of affairs leads to deaths both from a lack of kidney donations and from incorrect harvesting practices. However, if organ donation were to become a legal market, it might cause people to donate their organs for some extra cash—thereby disproportionately affecting those facing poverty—and it might decrease donations made for altruistic reasons. The film shows the leader of the organ harvesting ring misinforming those immigrants who spoke poor English and were not fully aware of the situation they were entering, raising questions of the bioethics of such a practice. In a gross underestimation, he tells some of them that their procedure would be similar to a tooth extraction, violating their right to make an informed decision.

This film sees Maggie, an amateur boxer, as she is taken under the wing of a seasoned trainer named Frankie, in hopes of achieving her dream of becoming a professional. After all her hard work and training, an unfortunate accident halts her dreams—permanently. Struggling to cope with her new reality, Maggie starts considering assisted suicide. While watching the scenes following Maggie’s accident, I couldn’t help but wonder how she would ever be able to create a different life for herself. I remembered how in the beginning of the film, she had said that boxing was all she had. 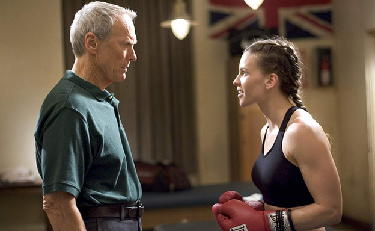 With no chance of ever fighting again, Maggie had to rethink the course of her life. This film explores the bioethics of assisted suicide: should Maggie be allowed by the hospital and her doctors to decide to end her life? The film also explores social attitudes with regard to disabilities. In general, society often views a disability as a deficit, defect, or problem. Often times, what is portrayed in the media and the current discourse around disabilities is comprised of negative imagery: “disability” is understood as synonymous with weakness or a lack of dignity. Maggie makes choices based on her expectations of what it means to live with a disability. In treating this topic, the film creates an opportunity for viewers to examine their own feelings and challenge their assumptions on the subject. 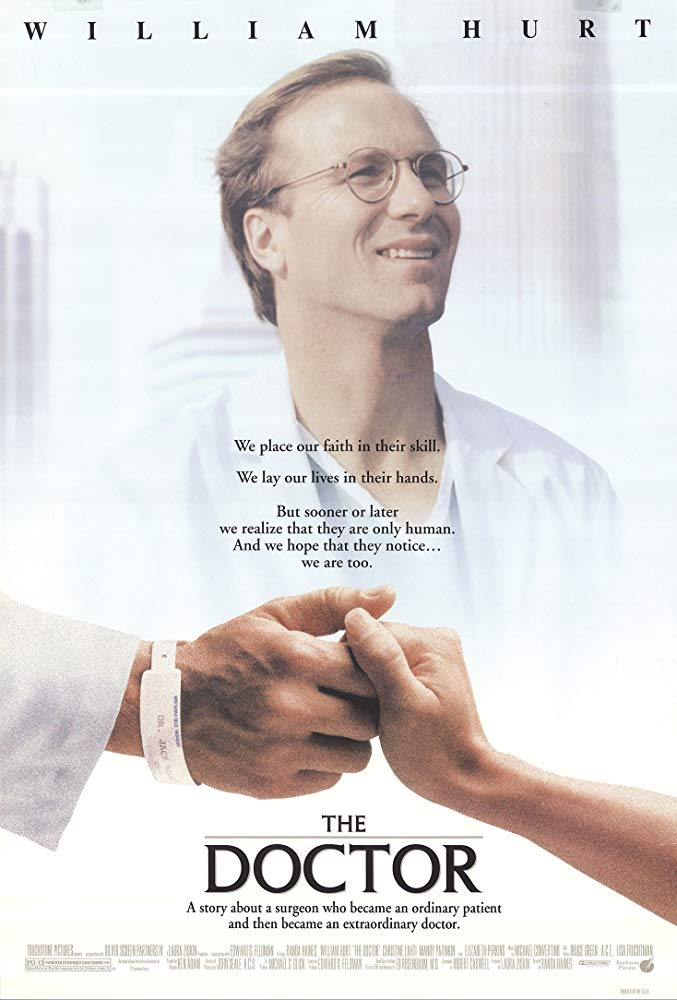 This film depicts the doctor-patient relationship as well as the difference between sympathy and empathy. One of the main principles of bioethics is beneficence toward patients. The film portrays the transformation of Dr. Jack McKee’s bedside manner: when he is diagnosed with throat cancer, he goes from being a top surgeon to experiencing things from the patient’s side. In the beginning, Jack is very detached from his patients and preaches that view to his interns. In one operating-room scene, he makes callous jokes about the patient during their surgery and seems to be having a grand time. One could argue he was violating one of the basic principles of bioethics: doing good/ beneficence towards patients. However, by the end, he has realized the errors of his old ways. After being diagnosed, he begins to understand that he is in fact holding people’s lives in his hands, and this revelation causes him to freeze in the OR. These two scenes show the extremes of the spectrum, from being completely apathetic towards his patients to being crippled by the enormity of his responsibility to them once he understands their struggles. 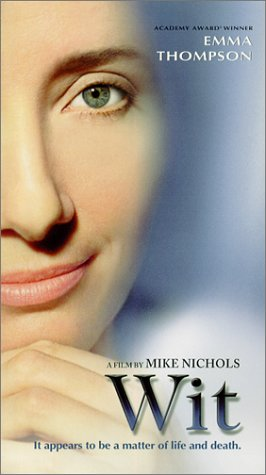 This film also explores the doctor/patient theme. The film follows Vivian on her journey after being diagnosed with ovarian cancer and agreeing to undergo aggressive and experimental chemotherapy. From the outset, Dr. Kelekian treats Vivian as a mere guinea pig. While breaking the news of her illness to her and explaining her options, he mentions how her “contribution” would mean a lot to advancing medical knowledge. The scene ends with him looking pleased and excited while sitting across from a woman whose whole world was just disrupted. From this, the audience grasps that he was more focused on his own research opportunity than on Vivian’s health. At one point, Vivian says that she should have asked more questions, and it is revealed that Dr. Kelekian had no faith that this experiment would help Vivian’s health improve. His failure to fully disclose all the information meant that he also failed to respect his patient and to give her the autonomy to make an informed decision. Although Vivian makes clear that her treatment was detrimental to her health, the doctor had already decided that the benefits of the experimental trial were greater than the burden it put on his patient, failing to meet the non-maleficence clause of biomedical ethics. He used his own principles to make that moral judgment, and his utilitarian reasoning is apparent when someone tells Vivian that the doctor is willing to do anything as long as “the life continues.” Vivian was denied her humanity for the sake of research, a situation that is not without real-life historical precedent.

All of these films cover complex, sometimes difficult terrain, where simple answers remain elusive. If you like films that challenge you to expand your perspective, stop by Media Services to find these and many more thought-provoking titles!

Guest student blogger Robiati Endashaw is a senior studying Public Policy Analysis in the Kelley School of Business. In her free time, you can catch her reading and watching crime documentaries.