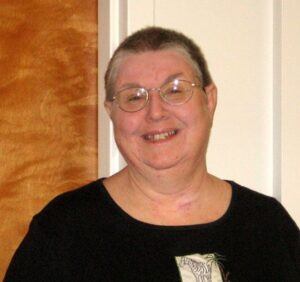 Mary Popp is the Research and Discovery Services Librarian in DUX – a position she describes as carrying “the coolest title I’ve ever had.”  And it is an apt title for a true explorer in the land of libraries.  Mary’s days are filled with evaluating current technologies and discovering new ones, all in the name of improving user experience.   Her primary task is “simple to explain, but hard to do” – finding out what users’ needs are and figuring out how to meet them.  As she discusses the ins and outs of being a Research and Discovery Services Librarian, her spirit of adventure becomes evident.  It’s a fun job, she says, because every day presents new challenges and new opportunities.  Although there are the constants of meetings and database management, she thrives on the unexpected twists and turns that come with the implementation of new technologies, such as Blacklight and the new and improved OneSearch@IU.  Mary is constantly reflecting on how users actually use resources rather than how they’re “supposed” to use resources.  By evaluating data about user practices, Mary hopes that DUX can develop these resources to more effectively meet patron needs.

Mary is a through and through Hoosier, having gone through her entire library career at IU, beginning with receiving her Master of Library Science from SLIS.  Mary has explored just about every position there is in the IU Libraries.  Her first job out of the gate was the Assistant Librarian in the Graduate Library School Library.  After helping get that library into the IU system, she became Head of the Halls of Residence Libraries.  Following that she transitioned to Head of the Undergraduate Library.  Administration was not her forte (she claims), so she became Instruction Librarian for the Undergraduate Library which eventually led her to become the Head of Instruction for Libraries.  After chairing an IUCAT committee her career trajectory shifted more toward the information technology side of libraries, culminating in her current position in DUX.  Mary values the opportunities that she had to become involved in library technologies when she did – at a time when library technology and user expectations were in such flux.  From changes in federated searching to being part of the team that developed the current website, it allowed her to be on the cutting edge of technology and catch a real glimpse of the future of libraries.

Speaking of the future…when I asked Mary to describe her vision for libraries a few years down the road, she replied that DUX is representative of that future.  DUX is a department that is public-service oriented, but with a technology framework.  Mary envisions libraries moving ever further in this direction as patrons’ use of library resources shifts more into the digital realm.  She is eager to start the conversation that will ensure users can effectively access library materials and content as their needs change.  This often involves examining and challenging assumptions about what is possible and what is necessary.

Mary reveals even more of her adventurous spirit when she discusses her life outside of libraries.  She travels frequently – by air, sea, and land.  She has been on cruises, traveled to Egypt, and is always keen to hop in the car on a lazy weekend to see what awaits her on the open road.  Upon retirement, she hopes to treat herself and her husband to a trip to Greece.  In the meantime, Mary’s current big adventure is as the incoming president of the American Library Association division called Reference and User Services Association, aka RUSA.  Yeah, she’s kind of a big deal.