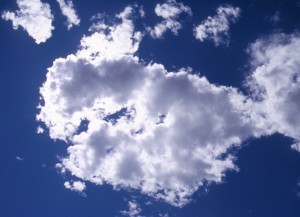 In his article, API: Three Letters That Change Life, the Universe and Even Detroit, Cade Metz writes about how APIs (or Application Programming Interfaces) are changing the world of business. “They’ve already transformed websites like Google and Facebook and Twitter into services that talk to a world of other applications, across PCs as well as mobile phones. But that’s small potatoes. They’re also breathing new life into old-world operations, including mobile carriers like AT&T and even auto makers like General Motors.”

So, what are APIs? APIs are the background technology that allows communication between the Facebook application on your smartphone and the Facebook website. A good example of an API is the Google Maps API. The Google Maps API allows people to place interactive Google maps on their own websites with all the functionality of a map on Google Maps. The API allows communication back and forth between the two applications, adding value to both applications with the partnership (mapping capability is added to the individual’s website while Google gains further exposure to the Google Maps “Brand”).

Programmableweb.com is a website that catalogs and categorizes APIs. As of this writing, it has over 5000 APIs listed.

APIs are now also appearing the Education environment. Programmableweb.com has 91 APIs categorized with the tag “Education”. This opens up new possibilities for the educational environment to build new applications with the available information and services provided by the APIs.

There are many APIs listed on programmableweb.com that can be used in applications in education:

Mark O’Neill writes that if you “Free Your Data [by creating APIs]… the Apps Will Follow.” The increase in APIs holds the promise of soon changing the academic environment as it has changed the business environment.