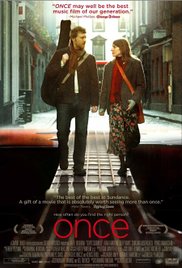 This week at the IU Auditorium, the Tony Award winning musical, Once will grace the stage. The musical is actually based on the Academy Award-winning film which was written and directed by John Carney, Once. The film and musical take place in Dublin, Ireland and tells the love story of an Irish man and a Czech-immigrant woman as they write and record music together. The films soundtrack is filled with songs written and performed by the actors themselves, Glen Hansard and Markéta Irglová. If you are looking for a film that tells a captivating story, and is both beautiful on the eyes and the ears, then Once is the film for you.

At Media Services we have two copies available for checkout in our Browsing section! http://www.iucat.iu.edu/catalog/7510725 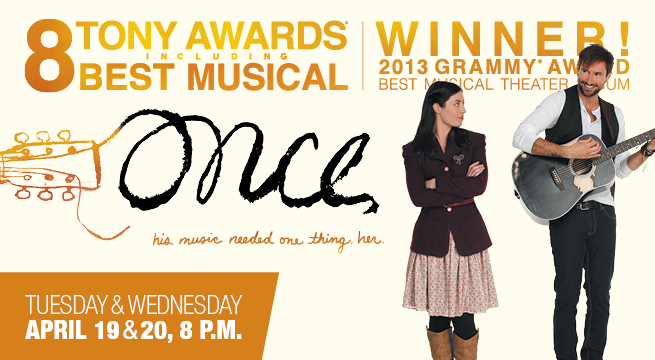 Regardless of if you have seen the film or not (you definitely should, it is phenomenal), from someone who has seen the musical before, it is definitely worth going to see. Once is a very unique musical, in that all the actors and actresses play their own instruments on stage, so there is no band or orchestra accompanying their singing—it is quite impressive. Additionally, the entire musical takes place on one set—a bar, which is actually operating so that before the show or during intermission, those seated on the ground floor can buy a drink on stage and actually see the set up close. If interested in seeing this musical, tickets can be purchased through the IU Auditorium. Once will be in Bloomington Tuesday April 19th, and Wednesday April 20th this week. For more event details visit: http://www.iuauditorium.com/events/detail/once. 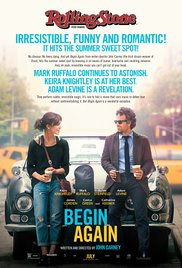 Once you have seen Once, either on stage or from watching the film, if you are looking for another musically-centered movie, also written and directed by John Carney, then check out Begin Again. It stars Keira Knightly, Mark Ruffalo, and Adam Levine, and tells the story of a struggling music producer who discovers a talented singer at a bar. They then decide to collaborate together on an album they record outdoors, all over New York City. Media Services also has two copies of this film available for checkout! http://www.iucat.iu.edu/catalog/14784096